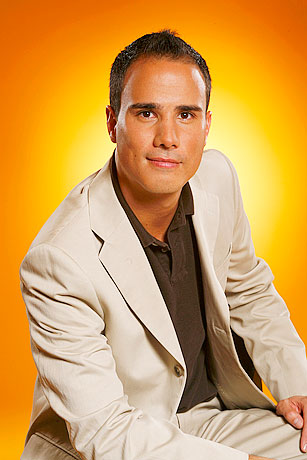 “You took her on 5 dates, didn’t even get a kiss, and now u want to buy here a diamond bracelet … Your a simp”

I have been using this term in posts for months … let me explain it just a lil.

Captain Save-a-ho (Captain for short), buster, punks, soft ass m*therf*cker … all of these terms are synonyms for a simp. He is no one you want to be and is hurting things for every man (and woman). He is one of the greatest threats to an efficient black dating market.

First and foremost, I can’t take credit for this term. Three 6 Mafia and Hypontize Minds have been using it for years, along with plenty of other southern rappers. More notable, E-40 and T-Pain and even Ne-Yo have put the term on the major radio stations. I have been using it for years though, as its an epidemic running through the black community.

A simp is the supposed “dream” of many women, and the butt of many male jokes. He gives “his” woman anything she wants, and more. He spoils her, asks for nothing in return and seems to have no goal in life except to make “baby girl” happy.

Whats the problem you ask …  he is just “too much”. He never has his own opinion and is gives into every fit, tantrum, complaint, or request that is given to him. It’s sad and pathetic.

Think of the guy who won “I Love New York 2”. He is the embodiment of what I’m talking about. He was willing to let New York walk all over him, say whatever she wanted, and he would still run out and buy her some Gucci loafers and rub her feet. Like he gave up his penis … such a shame.

Here are some examples of “simp behavior”

If you or your friends are exhibiting 2 or more of these symptoms … immediately stop dating and email me for immediate help.

You bought her a Tiffany’s bracelet for Christmas, and she got you socks (because the Prada purse she bought herself the week before set her back) … but you see nothing wrong.

All your male friends avoid you like the plague … because all you talk about is what you bought “baby girl” last week.

Your going into debt trying to support the lifestyle your “girl” is into.

You are giving her elaborate dates (para-sailing, trips to Brazil, Helicopter rides) … and she always gives you a nice hug as a thank you.

Get off the phone with “I love you” and she responds “yeah … your cool too”.

See Also:  Do you really want me to answer that?

So if someone you know has given up his manhood and traded in his penis … sit him down, tell him “Stop Simping”, and then beat him senseless until he is ready to man up … Read on some Simp confessions here.

And BTW … simping is not good for women. Who wants a punk?