I just don’t know … And you probably don’t either 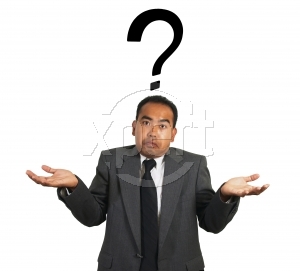 At one point I wanted female programmer.
Then I was sure I wanted a lawyer like Claire Huxtable.
Then I decided that a teacher was the perfect women.
Then, after watching Antoine Fisher, I needed a Navy Woman.
At some point a hood rat was all I wanted.
There was a time when a teacher was the prototype.

Then there was the obsession with great head.
The search for that “Aquafina” flow became paramount another time.
Then I needed an all out freak … threesomes and all.

I wanted a Southern Belle for awhile.
But at another time I needed someone to share my Caribbean heritage (I love Pepper pot).
Then I wanted an Indian woman … because I was loving buttered chicken.
Spanish Mami’s were the hot thing another time.

Then there was the Greek Thing …
Delta’s held a special place in my heart … until I was convinced that they were all crazy.
AKA’s … my sorors … at some point became the ideal.
Then I didn’t want any greek woman.
Then any in the Divine Nine worked.

See Also:  I'm Not Saying You're a Gold Digger

As you can see … I’ve wanted it all … and it has changed twice while writing this post.

Sure I might be a lil young (one more woman over 30 calls me a “baby” … I’m gonna kirk).  I know I haven’t been in a lot of relationships (Its hard to find someone who deserves it is worth it).  I know that I have the attention span of a 10 year old.  But it can’t just be me.

Worst thing … with each phase … I was 100% SURE I had gotten it right.  You couldn’t tell me different.  I’d argue harder than a thirsty ninja trying to holla at a phat a*s on the corner.

And then a month later … I was on something else …

It’s humbling to know … that you just don’t know.

This is why I making lists for dating more than the thought of Palin in as VP… what’s the point of fooling myself into thinking I know what I want?

Join my movement … stop making lists … admit to yourself that you don’t know what you want!

tags: Dating knowing what you want list making
previous Tig Ol' Bitties
next Oh The Weather Outside Is Frightful