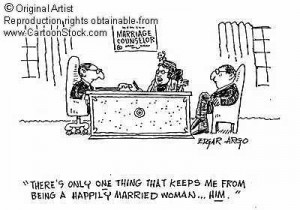 This letter comes in from someone who just recently discovered us here … but she has come for the infallible wisdom of myself (and the family) and here is her story … read and enjoy … the first time I read it my mouth was open for about the whole second half of it.

It all started back in 2006, it was going on two years in my brand new home built from the ground up. Occupied by me, my husband and my two kids. I stayed home and took care of my kids and house, while my husband worked (a great job decent money) smoked weed, and spent ever waking moment with the teenagers and early twenties guys on my street.

They would hang out on my street all day and night. Or the (ring leader) house. His house was where anything goes. It was just two houses down from me. Rumors started about my husband and this guy sister who also lived there. She generally would f** anybody that would roll her a blunt. Which the rumor has it that’s exactly what happen with her and my husband. He says they just smoked, she says they f**ed. He claims she’s just mad he did not f**.

The lonelier I got the nosier I got, and noticed somebody myself. At the time he was only 19 years old like most of my husbands associates back then. But damn! He was and at 22 still fine as f**! I kept giving him the eye. He finally noticed but could not believe it. I could see it all in his face like, who me? His personality reminded me a lot of my first boyfriend who took my virginity, and of course I was crazy in love with. I am way out of this boy league. I at the time was 28, told him I was 24 everyone knew my husbands real age which then was 36.

After that we swore are secret relationship to secrecy. He continued to hang with my husband and the crew like nothing never happen. My friend always kept a steady girlfriend. When him and his first girlfriend broke up. I encouraged him to get another girlfriend. It would keep everybody from being suspicious.

My friend kept me happy. My husband was gone most of the time and my friend would play with my kids, he was very sweet to them. But at times I would get the feeling he resented them. He would make little stupid comments. But, when I needed help around the house, he was always there to help or he would get one of his brothers to help me. We never really left this neighborhood together.

One night a couple years back. My friend told me, after sex, with nearly tear filled eyes he had to stop this. He felt to bad because of my husband and his relationship . I asked him did he care about my husband more than me? He dismiss the idea and we carried on our “thing”.

Throughout these last couple of years the crew has broken up. Most of them moved away or are in jail. My husband does not hang in the neighborhood like that anymore. He’s still not at home as much as he could be.

The girl my friend is with now, I think, he really likes her. She is pregnant. She is mean and nasty to him. I cant understand why he takes that from her. But he’s been with her for almost a year now. She is the fourth one since we’ve been together. I work at home. So, around twice a month we have sex during the day. In between time, he does not ever come to see how I’m doing or call me anymore. I miss that.

His family is moving to an apartment and him and his girlfriend is getting an apartment together in a few months. I don’t know what is going to happen to us. I know what should happen.

Let me tell you why I don’t want to let go.

My husband makes me feel insecure at times. I like having somebody to go to. Like an “ace in a hole”. I fell in love with that boy and told him twice. He never said it back. The first time I told him he told me not to fall in love, it was to late. The second time I told him, he was just silent. Is it possible he fell in love at one point also? I know I sound stupid, but I’m human. Give me some advice tell me what you think.

Now … I will be the first to admit that this definitely isn’t my expertise.  I haven’t been cheated on (to my knowledge … althought I have my suspicions) and I haven’t played the role of cheater … so I can’t really say I know the emotions of the party’s involved.  I’ve already told her my views over email … so I really want to open this up.

See Also:  SBM Answers: You want to chill with who?

She will be reading (and hopefully commenting back) all of the comments. I’ve already deposited my nugget of wisdom for her … so … good people of SBM … friends … family … what’s your thoughts, feelings, reasons for blinding anger, whatever is on your mind.

Help this poor girl … for she is in desparate need of some good advice!

tags: affair cheating Marriage
previous SBM Answers: You want to chill with who?
next SBM Answers: When we need to be even more clear!