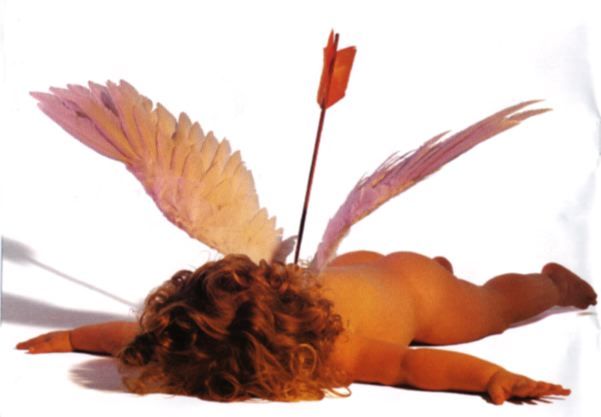 Young Lady: So what are you doing for Valentines Day?
—extended pause—
Mr. FAQs: O, damn. That’s next Saturday huh? Hmph. I don’t know, I forgot. Watching H-O-R-S-E I guess, thought it was just All-Star Weekend.

“Thought it was just All-Star Weekend” pretty much describes my feelings towards this upcoming occasion. You could call me a Valentines Scrooge.

I’ve never been a fan of Valentines Day. As a child, I likened it to Halloween in the Spring and just hoped I wouldn’t be the poor sap with the least amount of Valentines cards and candy. In middle school, that turned into hoping to get a Candy Gram sent and announced in front of the class, High school was a coveted shout-out in the “Mustang Express” and in college, I spent my money sending the AKA’s “Singing Valentines” to moms which she always got a kick of.

I won’t take the cliche route and be on some “everyday should be Valentines Day” cause we all know that’s some bs.  Traditionally, I’ve been a human mine-sweeper ending or postponingadvancements around holidays, specifically Christmas, Valentines Day and birthdays so as neither party has an expectation. While my cheapness and apprehension to trick money all willy-nilly do play a factor, it is more of not wanting things to be taken the wrong way or thought to much of, which some people are predisposed to do.

There is a classic episode of The Simpson’s that is a masterful example of a simple kind gesture being misconstrued. It’s Valentines Day and Lisa’s 2nd grade class is doing their Valentine exchange. She notices poor Ralph Wiggum is without any so she takes one of hers, changes the

names and gives it to him. She had a heart. Unfortunately for Ralph, he thought she was giving it to him. The “I Choo-choo-choose You” Train themed Valentine turned into Lisa getting trapped. Before she knew it, a title was attached, she was getting tickets to the Krusty Tribute and ultimately was forced to crush poor little Ralph’s heart on National television.

Lisa’s reaction was very human and as a man, I could completely relate to the case of SAS (Sudden Attachment Syndrome) that Ralph suffered at her expense. It’s something that has to be taken into account very often. For instance, I like John Legend and Corrine Bailey Rae a lot, but inviting a chick to a concert full of love ballads can easily send the wrong signal. At the same time, going alone makes you look out of place and under NO CIRCUMSTANCE is rolling to it with the homies acceptable. So what do you do? Well if your Mr. FAQs you convince 10 – 12 people of mixed sex to go, draw straws on whose driving, get some snacks, roll some b***ts and be out. Everyone’s happy, nobody has any expectations and anything that happens you can attribute to the smooth vocals.

This pre-occupation with Valentine’s Day type of thing that happens when a capitalistic society puts special interest on what could have just been another day. Do we give gifts on President’s Day? I’m still waiting on my MLK Jr. Day card in the mail. Valentines day is for Suckers, Squares and Lames.

Maybe one day I will feel the need to go all out with the “5,000 roses and buy out a restaurant” theme from the movies, but until I get chip like that and a women whose affection makes me want to do such, Mr. FAQs is going to be easy on this day of Valentine’s. Wouldn’t want to have to “Lisa Simpson” a broad.

All that being said, I do have plans but its all “I’m not busy on Saturday” and no “Will you be my Valentine.” And the feeling is mutual.

Anyone else chilling and taking it easy?

tags: Random
previous My President is Black, But I'll Be Got Damn If My Girl Ain't
next The Enigma that is T.I.