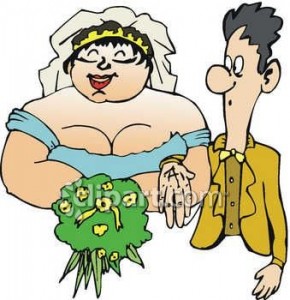 She saves money … he’s a spender.
She likes Rock music … he’s a hardcore hip-hop head.
She’s from Baltimore … he’s from DC (if your from the DMV … you know how different that is).
She’s a devote Christian … he cuts the head off of chickens for his satanic rituals.

For years upon years … ever since I can remember popping out the womb and dapping up my doctor (yes … SBM has been that nice since birth), I’ve heard that opposites attract. Apparently people end up with people completely different from them. If your good … he’s bad. If you party all the time … she won’t. But its ok, you will balance her out and she will balance you out.

Shenanigans! … Shenanigans I say!!! (And for those of you who aren’t old school South Park fans … I mean bullsh*t).

I realized early on that I want to date and eventually marry someone that can match (or at least come to) the ultimate greatness that is SBM.  And while I can understand someone could be my opposite and still be great … that’s rare.  By no means should anyone want to date themselves … but what Dr. Jekyll want’s to hook up with their Mr. Hyde?

For two people to be happy, they need to have 50% or greater in overlap … 40% at the least.  Have you ever tried to hold a conversation with your opposite?  Its cool for like 15 minutes … until you realize you don’t agree on anything and your ready to stab them in the eye for saying Chopped & Screwed is stupid ready to go home.

Don’t get me wrong … dating an opposite can be fun.  There will be excitement as you learn about all kinds of things you never knew existed.  You will be introduced to new opinions and viewpoints you never considered.  You might even hear a compelling argument as to why Soulja Boy is a great rapper why Bush wasn’t that bad for the country.

But … at some point you’ll get tired.  You will grow tired of arguing over why Superman could beat Batman in a fight and why Lil Wayne is a far superior rapper to Jay Z (note: SBM does not necessarily endorse this statement).  And then … you just look at this person who gave you so much “excitement” with disgust!

Just to drive the point home … I went ahead and compiled a list of the “consequences” for dating your oppisite.  For your enjoyment, I present.

Top 4 Reason’s no not date your “opposite”

You will disagree … a lot

If the only thing you have in common is vehemently defending your point until your red in the face, then expect to spend everyday doing it.  Have you ever fought someone over what type of pop tart is the best one?  Have you ever been punched because you call soda “pop”? Have you ever had your life threatened because you think facebook is better than myspace? If neither one of you are the arguing type … you’ll just always disagree and let it “fester”.

You just won’t “get” them

Whether it’s how he laces his air force ones, or the way she says coffee (them joy-zee chics), or the way he rotates his tongue clockwise instead of counterclockwise when he is downtown … something will just start to irk you.  You are opposites and will do things significantly different.  I say f* celebrating our differences … drop em.

They won’t get along with your friends

Most of the time, your friends share a lot similarities with you. Everyone has that crazy negro who smokes crack, buys hookers lives in the strip club, and stays at mom’s house while the rest of your friends are college educated black professionals … but I’m not talking about him.  Most of your friends like similar things, so when this new person comes refusing to have a good time and trying to change your habits, its not going to end well … trust!

You like action … they like comedy.  You like Madea … they think Tyler Perry has set black people back 50 years.  Anyway you slice it, consensus will be hard fought and difficult.  And since 75% of copulation occurs as a result of “watching a movie” on the couch (don’t sit on my couch if you know what’s good for ya!) this is a bad bad thing.

Now, I know I could be wrong.  My experience isn’t everyone’s.  So … please prove me wrong.  Someone out there happily married, dating (2 years or more), or engaged to someone who is just their opposite in every sense of the word?  Or am I right and you all feel me?

tags: arguing all the time dating your opposite opposites attract
previous How to get women by being "cool"
next She has on shoes