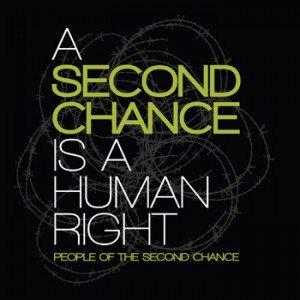 SBM: “How was your date last night?”
Lisa: “A complete waste of time!  I don’t know where I keep meeting these whack guys at!”
SBM: “What happened? Ya’ll have been talking for like 2 weeks, you said he planned a real nice evening with you, and you two had so much in common. Was he boring?”
Lisa: “Nope.”
SBM: “Was the conversation whack?”
Lisa: “Nope, we vibe well.”
SBM: “Uh … is he really a pimp and he wants you to walk that Green Mile for him?”
Lisa: *gives me the side eye* “WTF … no”.
SBM: “So what made your date soooo horrible?”
Lisa: “His shirt had a ketchup stain on it from work!”
SBM: “So … ?”
Lisa: “What type of chic do I look like? You get one chance … and you better come correct!”
SBM: “You told me he was coming from work … give dude another chance!”
Lisa: “NO! I’m zero tolerance with these negros!”

R. Kelly peed on a girl … he got a second chance.

Whitney Houston got married to Bobby Brown, started smoking crack … but she got another chance at making music.

Soulja Boy made a second album.

Kanye West got a second chance at life.

OJ is still on the streets …

Ok … so those were all horrible examples … but there is one you just can’t argue with … God.  God will take you in any type of way.  Also, if you come to him, then go and f*ck up … he will take you back and forgive you.  Jesus forgave the person who got him killed … that’s deep.

So can someone please tell me how we have all become more demanding than the all mighty himself?

As a result of my obsession with “dating, relationships, sex … and all that good isht”, people come to me alot with the “first date” analysis.  Something I see time and time again is very little tolerance in “mistakes” when it comes to looking for a significant other.  Whether its slightly dry conversation, wearing some mis matched socks, nails that weren’t done just right, or exchanging numbers with the waiter during desert (alright … that is a dealbreaker) its becoming apparent that people aren’t willing to let the small things go.  If the person doesn’t wow, stimulate, seduce, and make you wet arouse you … they aren’t getting called back. No “let’s see how this goes” or even “they get one more chance” … instead its “I know what I want” or “there are other b*s on the corner fish in the sea”.

SBM is a proud advocate of the second chance when it comes to early stages dating (not so much later … but thats another post).  Bad convo one time doesn’t mean their conversation sucks, and an ugly outfit on time doesn’t mean they can’t dress.  It takes a lot for a first date to completely turn me off … because I understand “off days”.  Sh*t happens …

Let me clarify though, not everyone deserves a second chance.  If you met someone online and barely talked to them, if its a blind date, or this is the girl the escort service sent you first time your holding a conversation for more than 15 minutes … feel free to get up and walk away as soon as they misuse “depreciated” in a sentence.  But lets be real … few people date like this anymore.  If you out with this person, you’ve probably shared a few phone calls, shot back a couple emails, and talked about something of substance.  If they managed to make it through the grueling preliminary rounds … then they deserve to get a pass on that ketchup stain.

I will admit … that no matter how hard the preliminaries, how good their phone and email game was, or how bad you want a man ready you are to find someone special … there are some certified dealbreakers that get no second chance.  Here are a couple I’ve developed over the years:

He/She leaves you at the spot … and you didn’t drive.

They go home with the bartender/waiter/random dude in the back.

They tell you “Life on the outside is tough.  I just got released last week and its crazy how much has changed in 15 years”.

You realize that your first cousins half way through dinner.

She tells you “Its so hard remembering to go to the woman’s bathroom … after the surgery”.

She invited you back to her place … but lets you know that it will cost double since its a weekend.

They brought their mom along.

If things are just horrible and everything that attracted you to this person over the phone has evaporated … then burn it up and keep it moving.  But for an OK date … for a date that slightly disappointed … for a date that “could have been better” … don’t call it quits so soon.  Maybe it was the lighting in the room …

Just so its known that I’m just talking … the first date with my gf was … so so (she knows this already … so I won’t be cursed out).  It was … OK … but … eh.  I agreed to a second as per the SBM policy … and lo and behold … she was just a little shy.  Second date went great … and the rest is history.

Anyone ready to give up their elitist and judgemental ways? Anyone guilty of giving up he chance at something great over a guy in a pink shirt or a girl with a broken nail?  What other deal breakers did I miss?

– The originator, none greater … SBM

tags: dealbreakers first date second chance
previous She has on shoes
next “I like the way you comb your hair and the stylish clothes you wear…”