This post originally showed up for the magazine that I write for, Honey Magazine.  Every once in awhile, you realize that there are some conepts so important, so key, so monumental … you just gotta beat the point home like a tuesday night jump off drum.  Enjoy. 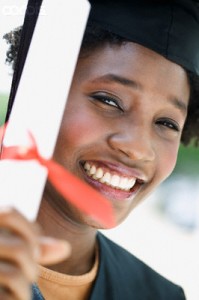 I have an unhealthy obsession.  It’s something that has plagued me since college. I have spent a lot of time and money trying to quench my thirst and feed my hunger.  Sometimes my desire has lead me in the wrong direction, sometimes it has proven difficult, but I am dedicated and in my opinion … it ain’t that bad.

I have mentioned my fetish for intelligence before and my love of nerdy smart women … but something about that piece of paper makes me want her more.  I hate to admit, but me and my lowely pair of Bachelor’s used to have a strict Master’s and up rule.  If you hadn’t attended some type of grad school … you could keep the number, stop asking for a drink, and try hollerin at my man … cause I couldn’t use you for more than a quick beat was good.

But here is the kicker … I’m the exception … not the rule.

Since I love women with Master’s, JDs, or MDs (never found me my PhD … but ooohh boy if I had) … I talked about it a lot with my friends.  Whenever I was dating someone new, at some point she got talked about with my boys.  And #1 or #2 on the “She’s so great” list was …. she has a master’s.  And you know what these sorry motherf*cker’s said … “Who gives a f*ck?”

And you know what … they’re right.

After enough first hand experiences to realize that a secondary degree does not equal a fun or good mate, and after being called boughie one too many times, I have given up on my search for a woman with a Master’s, actually … I avoid them like the plague now.

The sad thing, there is a whole army of women out there with advanced degrees or multiple degrees … and their all disillusioned.  They come to me asking “why am I single” or telling me “I’m every man’s fantasy … I’m a sexy lawyer” or things like that.  Apparently, there is a misconception at every university and college across the nation … getting your MA will help you get an MRS.

See Also:  How Do Men Avoid The "What Are We?" Question?

There is a plethora of reasons this is true and instead of take up your good time writing them and because I’m too lazy to type them … I’ll just hit you with what I think is the #1 reason.

Men traditionally make the money … so … a woman with time, a caring demeanor and good head is willing to make their man #1 is more important level of education or earning potential.

Basically, we can usually make our own money, so …. the extra earning potential of that extra degree doesn’t matter a whole lot.  There is the fact that most educated men want an educated women to talk to … but we all know that you can still be dumb as rocks with a MA or MBA.  A Bachelor’s, life experience and a desire to sound intelligent is all that’s needed for a woman to lose the dumb broad (DB) label.  I mean … it just doesn’t make most of us want to date you more.

So what was the point of all that … am I talking bad about women with Master’s?  Am I pulling a Kanye and trying to get women to give up their PhD dreams?

Naw … of course not.  I’m just one Single Black Male who has met one too many women who think they earned 100 “marry me” points by getting a Master’s, Law Degree, Medical Degree, or even that Associates.

Sorry … you earned yourself a degree, a better career, and have helped the entire black race … isn’t that enough?  You are a strong black woman who has shown that we as a people are capable of accomplishing great things … but you haven’t proved yourself a better wife, lover, or girlfriend.

Am I right?  Two things I need to know: Do other guys feel me? Are you tired of women thinking that earning a degree has earned you an MRS? And … What do my lovely (ya’ll are fine) women think about it? Do you have a girlfriend preaching this nonsense? Are you that friend?

– SBM aka Letting these chics know aka Mr. “Giving the GMAT the bidness”