Why Won’t You Just Say What You Mean?! 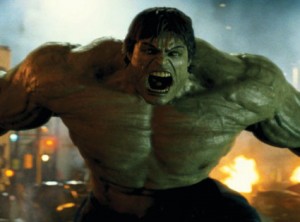 So today we’re gonna talk about communication. This stuff applies whether you or one of your friends was in a relationship. If you haven’t had the problem, you’ve heard about somebody else enduring similar tomfoolery. More than likely, you did a whole lot of nodding and mm-hmming and this will sound familiar. Men constantly complain about it, and some women are aware of it…

What is the deal with speaking in opposites?

Men are simple creatures. Women are simple creatures as well. Right. But let’s be real, there’s a whole different level of complexities with the woman thought process that conflicts the male simplicity that often comes across as being nonchalant, unconcerned, or uncaring. Now I’m not saying that there aren’t complex dudes out there that require being able to solve a rubik’s cube in order to understand them. I’ve been described as complex before, though I usually disagree and say “I’m really not that difficult to understand. Just don’t do things to piss me off.” I guess we all say that at some point(s). But as a man, I really need to pose this question to the readers:

What is the deal with women saying the exact opposite of what they mean and then gettin’ mad at dude for doing as they said?

I don’t know how many times a woman has said to do something or say something, and then I’ve done it only to be met with a batch of unpleasantnesses. I’d get yelled at. I’d get ignored. I’d get blocked on instant messenger/Gchat for a little while. Or, I’d see a Facebook status or tweet about me. That’s neither here nor there though. Why can’t people just say exactly what it is that they mean? We here at SBM like to use scenarios. So, here’s a scenario:

Slim: Hey, my homegirl Michelle with the track body is in town this weekend. I wanna grab lunch with her while she’s here. You wanna come (along)?

Boo: Who is this?

Slim: Michelle. Ran track with her. I’ve mentioned her before.

Boo: I thought we were going to the movies?

Slim: We are. Can we just go to the 330 showing? She’s only in town for a day then headin’ back to the West Coast.

Boo: Well, I guess that’s fine. Go grab lunch with her and then just come back and pick me up. I gotta do some laundry anyway.

See Also:  Are Your Assets Depreciable?

Slim: Cool. *Smooches his boo and leaves thinking everything is okay.*

**Slim returns from lunch to pick up his Boo a little bit over an hour later and is met with an unpleasant surprise.**

Boo: Yeah. I don’t feel like going to a movie now.

Slim: Why? What happened?

Boo: Well since you had time to go grab lunch with your “friend” and didn’t really wanna bring me a long and go to the movie we planned, I wouldn’t wanna burden you with going to see a movie now. I’ll see what my “friends” are up to…

Slim: But I asked you if you wanted to go and you told me to go grab lunch and that you wanted to do laundry? This is ridiculous.

Boo: You didn’t sound like you really wanted me there. You should have asked me again. You know that I wanna meet your friends.

Slim: Can’t you just say what the f*ck you mean the first time?!?!?

Boo: Why are you swearing and turning green?

Slim: Cuz I take steroids you’re pissin’ me off! Run! You need to get outta here!

This type of ish drives me nuts. And yeah, folks can say “you should know her better than that and be able to read through the BS”. My response to that is simple and redundant…

Why won’t you just say what you mean!?

So to those who make this blog what it is, what is good with folks (particularly women) sayin’ the opposite of what they mean? Anybody have any scenarios to share? Agree? Disagree? Comment? Please do. Us men folk need the clarification.