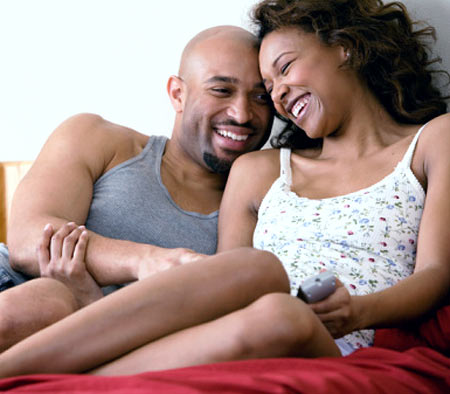 Whether you hit a house party, a club, wedding, or other social gathering with groups of friends, you’ll always come across a team of  people that the crew is feeling. One of the funniest situations between men and women when it comes to courting, is something I like to call “The Claim Game”. We, have played this game many times. The situation occurs when someone, who previously showed interest in a friend or colleague,  now wants to holla at you. You go to your friend requesting a Carfax (scouting report) on the individual to find out their status, and this can result in one of two outcomes

ME: My dude,what’s good with shorty? That’s you?

Homie: Her? Nah I mean she wanted to holla, but it never went anywhere.

ME: My dude,what’s good with shorty? That’s you?

Homie: Who her? Yea that’s me we been talking for a minute.

Homie: Nah not really, I mean……………… we speak on the phone and whatnot here n there, and so on and so forth nahmeyaheard?!

Homie: Not really, but she knows wassup.

Homie: Not in that way, but I’m gonna get it though fam!

See Also:  The Essence: Female Swagger ... How to attract a Man

We all go through situations where we see someone we like, try to kick game, and “we get rejected in the paint while our person of interest waves the finger like Mutombo” (c) J. Davermann. Then, the person we were feelin’ is now crushin on your friend. It’s natural to feel snubbed or jealous, but to pull a claim on someone just because you got rejected is corny. The Claim Game serves as a nice way to deem your homie a hater. Period. A wise person once said “It takes a  man to stand and cheer while the other fellow stars”.  Sometimes, you have to step aside and let your homie succeed where you fail, and at least try to live vicariously through them!

If you didn’t have a committed relationship with your homie’s point of interest, then you have no basis to pull a claim. Men have unwritten rules about situations like this. A dude will ask another dude about a woman, and if she isn’t claimed, then that will serve as a green light to pursue. Now, if you are the claimer, and you seriously have something developing with the lady in red question, then you need to speak up, or forever hold your peace. Many situations developed where men were prideful, claim that they have no feelings for a woman, and later gets upset when their homie smashes before they do tries to bag said female.

See Also:  Venus vs. Mars: The differences that men and women need to know

On another note, just because someone “wanted to holla at you first”, gives you no basis by which you would place a claim! Infatuation is fantasy based, and when people face reality, their feelings can and will flip like acrobats. There’s nothing wrong with that. It’s human. I can respect a friend who goes to all lengths to make sure no ill feelings will occur between them if they pursue someone of interest, or ran a train had a previous relationship. To me, that’s a great courtesy, because if you are good friends with this person, you should know if they were seriously dealing with this individual to begin with (or the level of seriousness). I’ve inquired before, and used judgment calls in others depending on prior knowledge, and it’s worked out well I mean, I’m still alive and my car isn’t damaged right?. Especially if your friends know you as virtuous and not the type to “have sex with your girlfriend if you look the other way”. lol.

What about the situation where your friend was dating the woman in question? Is it always off limits? I’ve seen this situation more times than I can count, and believe it’s more common than anyone thinks! Some like by the motto “If it wasn’t serious wifey, then I’m good” Hell I had friends tell people “You got 2 years to reconcile, or I’m going IN!!”  The situation even gets trickier when you talk about acquaintances, business partners, mans-an-em, LBs, sands, etc. We need a board to review all of this!

See Also:  What's a Mom Friend and Why Should Every Single Woman Have One?

You never want to step on toes by acting on attraction, knowing a friend was interested in said individual first.  If its been 6 months with < 5 phone calls, < 2 dates, and nothing past bunt singles and pop-ups, then “give it up Rock, its ova!” (c) Mick,  Rocky III. So I ask today, when is it right/wrong to claim a person? Are there circumstances where you never have to inquire about dealings? When is it grimy to put claim on an individual? What about your friends? What about us girrllllll?

Streetz: Mr. Write Now alias “If you paying for dinner, you can claim me alllll night long!“

tags: Dating friends sex
previous One Night Only
next The Claim Game: Revisited