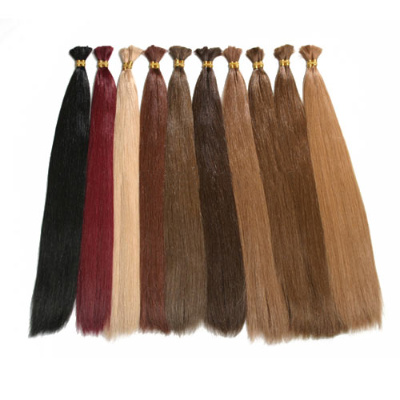 SBM: “I don’t think I can take it anymore!”
Minnie (My good female friend): “What’s wrong now?”
SBM: “All these weaves on girls.  Look at that chic … ugh!”
Minnie: “What?  What’s wrong with it?”
SBM: “It just looks fake.  Besides … I hate weaves and all they stand for.”
Minnie: “Are you black?”
SBM: “Excuse me?  Do you know my middle name?”
Minnie: “To be against weaves is to be against black women … and the black race altogether!”

Yes, people … apparently, I stand in opposition of the entire black race … and all because of one thing …

It started so long ago too.  When I was in middle school, a girl came into school one day with long braids going down her back.  The boys in the class found this odd as she had short and straight hair the day before.  Being the natural born leader that I am, I started the interrogation with “What happened to your hair?”  After she explained it had been purchased, I suddenly remembered something I had heard before and loudly stated my conclusion, “you have horse hair in your head!  There is some poor horse running around without a tail right now, unable to swat flies of its butt.” (I was mean … sue me).  She tried feebly to explain you could buy human hair or synthetic … but it was too late … too late for her … too late for me.

See Also:  Lesson Learned At The End Of The Affair

This continued through college as I learned more about these artificial lies to the world.  For a long long time … the thought of putting another human’s hair in your head disgusted me.  And most important… your hair ain’t that long!  You see me stuffing socks in my pants , as if there was anymore room down there? Stop with the lies!

The conclusion to this lifelong detestment … Chris Rock’s “Good Hair”.

Not to ruin the movie for you, but Indian woman as part of a religious ceremony give up their hair to show they are living for more than worldly possessions.

And what happens to the hair that meant so much to them … ends up in a bag on the wall of a beauty store … and then sewn into Shrarefatitee’s head.

Weaves are a lie to the world.

I understand we all do things to look better, but the only bigger visual lies out there require several hours at the hands of a skilled plastic surgeon.  And actually, that’s less of a lie because once he is done … it’s part of your body.  It can’t be snatched out by the crazy chic who your man has been sleeping with for the past three months and decides to teach you a lesson for walking in on their “hide the sausage” session some girl.

And women … think of us men when you get these extensions put in … please.

When I spoon, I don’t want to be face first in the discarded hair cells of some other person several thousands miles away.  When I am giving you the bidness, to the 16th degree, and I reach to pull your face back, I don’t want to come back with a hand full of hair in my hand.  I am granted entry to the dirty dug out for the first time, I don’t want you to pull back your lace-front and expose to me eddie munster.

So, as one Dating but not yet married Single Black Male … heed what I say.  Women, shed off those dead horses that adorn your scalp and lie to the world.  Let your inner nappiness (or professional permedness) show through.

This is not the super pro natural hair post (although I do love it) and this isn’t the “weaved women hate themselves” post.  This is the “I don’t like women who never ever wear their own hair” post.  Not badmouthing perms now or even those wearing transitional weaves (as their hair grows out) … but this is aimed at the self-proclaimed weave queens.  I love you … but … kill yo self hair!

See Also:  The Truth In Advertising ... these fake a$$ chics

– SBM aka I rather have real hair than “Good Hair”