This week my friend sent me this link and asked me what I thought about it. I thought to myself,  “women still need help on giving head? That doesn’t make sense.” She told me that even in 2010 there are women who are; not giving, timid, or insecure. Later in the day I would find out that a friend of a friend of mine recently threw up on her boyfriend. Death to all cumongers.  Either way, I thought about the topic and in honor of Black History Month, I did a post about head.

Ladies and Gentlemen of the G.E.D. Class of 1999…… Head is quintessentially the most important thing in your relationship. Head saves lives. Think of all the drive-bys that would be solved if everytime a man said, “I’m gon’ kill this motherf*cker,” his woman gave him head. Right after he’d be like, “Let that b* breathe. I was gon kill him, but I’m feeling re-conciliatory right now.” Head is like the Pro Bowl. The individual competition of gymnastics. The slam dunk contest of basketball. It’s her time in the light to show what she can do. 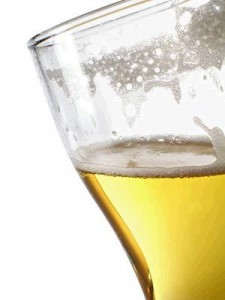 And you know what sucks when you get that, complainer with head. “I feel like i’m going to gag.” “My jaw is tired.” “My neck is tired.” “I’m not in the mood.” If you’re going to complain about it, just don’t, the door is over there.

About the mood, if you’re a “mood” type of girl, your man is f*ing someone else. Trust me on this one.

When a man wants to have sex he does not want to hear, “You have to get me in the mood.”

No, no no, listen to me, you wanna know why men stop having sex with their women, because of this “mood” sh*t. That’s mad work to do all the time! And instead of having to kiss and hug you for the next 25 minutes to get you in the mood, he can think of five fingers who wouldn’t mind doing it right away. What am I trying to say here? I don’t know some times a man wants to have sex, like when he wants to have sex. Like now, not now, but like now now.

The Right Amount of Head I think the right amount of head is at least once a week. At least once a week, you need to give him head, and not no two or three minute head, HEAD. You know what time it is, act like its your job. Occasionally surprise the man with a rolling “O” in the car or club, and he’ll appreciate it.

See Also:  To Swallow or Not to Swallow 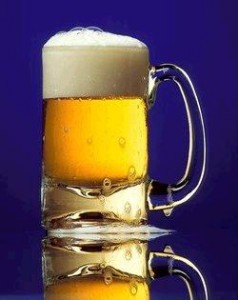 Let the church say Amen. A man will forego food, shelter and clothing for too much head. Ladies if you want a man to stay in the house, give him head. Square business, try it out, the next time your man wants to go out and spelunk on the town, on his way out the door, drop and give him head at the door. He will pick up his phone and text his boys, “Dog, I think I’m gonna fall back.”

Last, but not least remember, “Spitters are Quitters.”

PS – Word to the wise, silly rabbits. Don’t give your man head and ask him was it the best he’s gotten. That’s just stupid… You can’t rate head, and honestly the best head a man has ever gotten takes him to a place that you don’t want to be at. And if it was you, he wouldn’t tell you, what’s he going to say? “That was the best head i’ve ever had.” Compared to what, nitwit?! Some other chick sucking on your ding-a-ling. Yeaaaaaa buddy.

tags: beer head Laws of Attraction sex classes Throwback
previous What defines a "freak"?
next I Used to Love P*****