I’m So Self Conscious 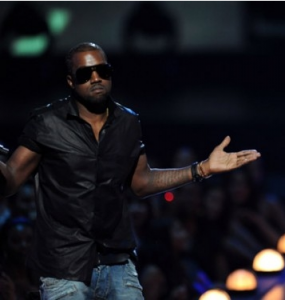 The past few weeks have been pretty rough on the ladies… we know. A lot of the blogs that I we write here at SBM sometimes defend men, bash women, or are rants that are not meant to educate, but entertain. I would like to make it clear that I do believe that for every post about a women, a similar comparison can be made to the men. In 2004, Kanye West came on the scene with his second single, “All Falls Down,” about how we all have insecurities as Slim would call them. To me, there’s a few things that single, dating and married Black men and women do that we probably should own up to and work on.

Unpaid & Late Bills – I have a cousin who has had every cell phone service that ever came out. I think now she’s got MetroPCS because Sprint, Verizon, TMobile, AT&T, etc. they refuse to give her another phone because she never paid her bill. I ain’t going to lie to you, I sometimes carry a balance on my cell phone bill too. (In my defense, I just like waiting for my company reimbursement check before I pay the bill.)

Pop Champagne Like It’s My Middle Name – I have no idea why I buy bottles in the club. I am being perfectly honest, I can’t afford it. But that doesn’t stop me from popping a bottle every chance I get. There is something about holding that bottle of Rose in the VIP section that is so fun, I’m willing to go in debt to do it. 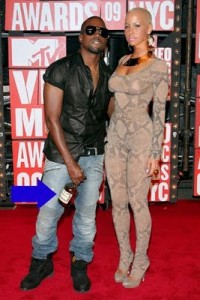 Everybody in the Club Getting Tipsy – I will admit that I tend to get excessively drunk as a way to not care about my surroundings. Don’t judge me either! Most of you all know that you needed to get wasted to go to college parties because if not, you realized how wack they were. Or how about have you ever went to a party, paid cover and once you were inside you realized it was dead? You know what I do? Make it fun.

Baby I’m Selfish – When I’m stepping out on the town I like to have the new new hotness on. So I’m not above of buying something and then hiding all the rest of an item in a department store. #kanyeshrug.

I Think I’m Hot Son – Secretly, even though I don’t tell anyone, I compare myself to my enemies and friends. It makes me feel like I’m doing something right, if I can find someone whose worse off than me. Don’t front, if you think I’m alone, consider this; the media benefits off the fact that everyone enjoys to hear someone is worse off than them.

Uhhhhhh, It Ain’t My Fault – I’m not even gonna front, I blame chicks for stuff that is not even close to their fault. Women y’all do it too. Fair exchange is no robbery. So I blame women for just about everything I can. I blame them for the bad economy, I blame them for the current status of Black love, I blame them for bad children on Metro, the weather, my investment portfolio losses, and premature ejaculation or deflation.

Anyway, these are some things that I do that show me that I’m not perfect and I don’t claim to be. What about the faithful SBM massive, got a couple faults you want to get off your chest?

tags: ballers bills blame game kanye west self conscious
previous Things that Make Me Feel Insecure...Sorta.
next If I Ruled the world ...