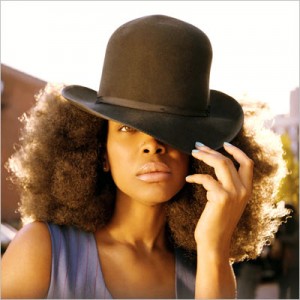 “wanna pretend, like you Ms. Goodie, Four-Shoes, even Bo knew, that you got poked, like acupuncture patients while our nation is a boat, Straight sinkin, I hate thinkin that these the future mommas, of our chillun, they f***** a different n**** every time, they get the feelin to…”
(Source: Outkast – Jazzy Belle)

Gentlemen, we must admit we have lost Pride Rock.

Women have not been liberated. These women liberated their selves. They did not land on Plymouth Rock, Plymouth Rock landed on us. It used to be a time where we were having sex with women and never calling back, but I’m here to tell you, nowadays women are having sex with us and never calling back. They not asking permission or giving no warning. You just getting a tap and poke after you c*m asking you to leave or where her clothes are so she can leave. Got negros using words like “cuddle” and asking dumb questions like “can you just lie here with me for ten minutes?”

Next thing you know they are going to be drinking Henny and smoking Newports… Wait, they already are.

So now a guy goes out to the club and he meets a chick and things seem to be going good. He’s an attractive young chap so he thinks that by buying this girl a few drinks and exchanging flirtatious communication he can win. And after arriving at midnight, he’s leaving at 2AM. He’s humming to himself, “She don’t know where we going going, back to the crib, show you how I’m living…” He gets her in the crib and they have some more shots and then clothes come off, he’s doing the dougie and then something happens… She rocks back on him and he has to get out of the nectar of this peach. It dawns on him, is she enjoying this more than me?

Here’s what he didn’t notice:

– She came to the club with 7 girls
– They found their way into his VIP
– They are all staying at the Grand Hyatt in a double
– Why does she have a change of clothes in her Louie bag?
– Not one of her friends asked her where she was going.

As soon as he gets back in the nectar, he let’s go of his plaster and collapses. She gets up and goes to the bathroom, he thinks to himself, “I’m the man.” While in the bathroom she texts her friends and tells them all about the sexual encounter. She ends it with, “I’m good, I’m going to stay here and get him to take me to breakfast in the morning.”

I don’t fault these sexual zealots, they are doing them and doing it well. I think the only concern I have is that they get mad when they think that someone is judging them or calling them names. Seriously?! You can’t expect to be out here having a different dude whenever you want and not expecting someone to talk about it. I’ll be straight up with you, even though guys may congratulate other guys about their sexual conquests, you girls will let the hood know about a dog. It goes both ways. Also, you have to at least admit this; you’ll hear a group of girls talking about a guy and how he’s calmed down since settling down with a girl. Those chicks are happy for that guy. Then, you have a group of guys talking about a girl and how she’s calmed down, but she used to get around. And not just around, but AROUND. Those guys feel bad for that guy.

See Also:  Video - @BlogXilla vs @SinnamonLove, Tank, and Yancy: The Pros And Cons Of Rebounds

Listen man, what can we do? Nothing. It’s like an old Eddie Murphy skit.

Moral of the story: If you’re still getting buns, why you complaining? I say, live and let live.

SBM faithful, go on and testify. (Noting that we have some women on here who have vehemently defended their sexual conquests.)