SBM Answers: Should I buy the plane ticket? 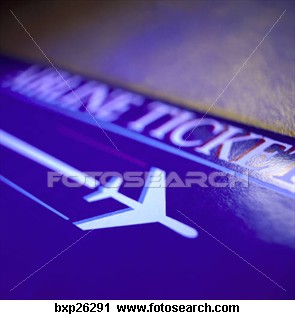 Earlier this week I took the time to write about dumb FwB questions.  And because this site is really a place for people to meet and talk about relationships … that is what happened in the comments.  Someone posed a question that hit close to home … a question that had plagued me in the past:

Who pays for the first ticket?

Before I get into it … let me share the comment that sparked the fight where a bunch of women who were obviously wrong attempted to gang up on me and got dealt with proper like constructive argument.

Timely topic for me. I’m in a long-distance “boo” relationship with a guy I’ve known since high scool. We just got back in touch last summer after 10 years apart and have been in daily contact since November. About a month ago, he asked me to be his “boo” and “see where this goes” (we both still date others). But, I haven’t seen this ninja since November!

My spidey-sense is starting to tingle a bit. Is he dragging me along? Why won’t he spend $150 on a plane ticket to come see me or for me to go see him (he says law school apps are killin him right now…which DOES make sense)?

He initiates convo with me every morning. Just to talk and see how my day is. He’s super respectful. We’ve never kissed. No nooky has been had, so now cow vs. milk situation here (although he’s made it obvious that’s in his eventual plans. The nooky, not the cow).

Am I being silly by second-guessing his intentions? Maybe he’s really a good guy that is seriously interested…

Or am I getting pulled for the okey doke by continuing to entertain him? Decisions, decisions…

And because I believe in really getting to the bottom of a situation … I sent an email and got a little more background.

But just FYI, ole boy and I were “talking” when we were 14/15. I moved to Atl and he stayed in Richmond. 10 years later, he pops up, asks me to meet him while he has a layover in Atl and we catch up. He buys drinks (I offered to pay). He comes to Atl again two months later, we meet up and go dutch on dinner. I go to Richmond for a girlfriends bday party. We meet up for dinner (that I bought, but it was on my company’s dime. He tipped). So, the last time I saw him, I did pay for my plane ticket (although the purpose of the trip was NOT to see him, it was for my girl – he just lucked up). We discussed the ticket situation and he agreed to fly me up there or to come see me.

So, basically there is a guy our friend likes.  He is currently applying to law school and is tight on money (if it’s anything like applying to business school … I know that man is out a few thousand dollars).  He wants to see her but can’t.  They have seen each other a few times … but not in the official “we are here to see each other” trip.

Well … you know what SBM is gonna say …

Buy a gotd*mn ticket to see him!

I already know the answer to this.  She refuses and apparently the “first” ticket must be purchased by the man.  Apparently a plane ticket is like a first date … so the man must pay (I guess someone believes that nonsense).

Well … when it comes to a long distance relationship, its a two way street.  No guy wants to be bank rolling the entire relationship.  I don’t really see what the big deal about the woman buying her own ticket.  She isn’t flying him in, she isn’t bankrolling his trip, and if she flys herself … I assume he will be designing and paying for the weekend.

Good peeples … feel me?  When starting a long distance relationship, must the man fund the first flight?  Is there something wrong with a woman buying her own plane ticket?  Am I just too new school?

tags: first date plane ticket rules of dating
previous SBM Answers: Am I being shallow?
next The Pursuit of Foolishness