Can You Make My Bed Rock? 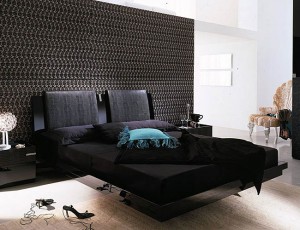 ***Admin Note***
Today is the conclusion of our Venting Week.  I know for many of our female readers (and we love ya’ll in a let me get in them guts special way and had no desire to hurt you … but sometimes we gotta let it out.  Thanks for sticking it out … and I’ll promise we’ll get back to our regular selves starting Monday
-SBM
***************

So let’s see…SBM read Chivalry it’s last rites, Slim and Sir Streetz Shuttlesworth put your stank attitudes and b*tchy traits on blast, and our resident Dr. demanded a drank and cover charges handled courtesy of the fairer sex since y’all got your own money and all (Which is usually underwritten by the Bank of Mom and Pop…but that’s a whole ‘nother post).  So what’s left?  ::Twiddles fingers::

When the s*x topic comes up, I read a lot of comments from female clientele claiming, “My gushy is the bomb, I ride better than a horse jockey, and I can deep throat the entire Empire State Building without gagging and I can hook a steak up.”  This is hilarious to me because this is probably more opinion than fact, and had this actually been the case, your man woulda came home last night you wouldn’t be single or lamenting on Eff ‘Em Friday’s about dry spells or racking your brain trying to figure out why he’d rather wake up early to go to the gym instead of giving you an AM workout.  If he has to do all the work while you just lay there and get arid after 10 minutes, he might as well burn some calories and work on that six pack for the chick he dumps you for.

Please don’t take this as an endorsement of cats with weak d*ck games.  This is more so an indictment on the women that believe that if the s*x wasn’t good, then it’s his fault.  It would be ludacris of me to say that most women aren’ that great in bed, or aren’t good at all.  As great as the Big Homie Lex Steele is, he still needs a co-star that can suck his d*ck like the cure was in it enhance the scene.  All vaginas are created equal.  If you read the Wall St. Journal, you know that due to the influx of supply that has hit the market, the price of p*ssy has dropped faster that DJ Khaled mixtape.  So what, if anything, are you doing to make it stand out?  Are you really catering to your man or just singing the song?  Are you doing the little things to make sure your game is on point?  The notion that a man should put you or your p*ssy on a pedestal simply because you’ve decided to “give him some” needs to die a swift death.  Point blank, p*ssy need new tricks.  While a huge part of the excuse reason why men have commitment issues is probably not women’s fault, I’d venture to say that if ya p*ssy was that good, turning is his Player card wouldn’t be a second thought.

See Also:  Do You Keep Track of Everyone You’ve Slept With?

Now…if you do actually have USDA League of Cocksmen Certified Grade A p*ssy, then maybe…just maybe, one of the posts earlier in the week may apply to you.  Or maybe…you think you look like a caramel version of Kim Kardashian when you actually look more like Ving Rhames in a dress.  No matter how good it is, that’s just hard to get past.  Yea, yea, I know…looks and s*x shouldn’t be what counts.  I also heard the one about the s*x being wonderful in your last relationship, but it just didn’t work out.  Listen, if it was as good as you claimed, he would have made it work.  A sad, but very true reality.  And for the women who think that having an on point sex game isn’t that important…you can get on the same short bus with the women that don’t give head.  #keepitmovin’

This may have come across slightly crass, but this is a heartfelt PSA to the opposite sex.  If you have a sincere interest in being at the top of your game, please take the steps to be there and don’t assume simple effort can get the job done.  But if you actually are a lazy ass b*tch a slouch in bed and purposely “puffing” your talents, shame on you.  As a collective, I need you to get it together.  And to all the women that really got that good gush and know what to do with it, may the Lord richly bless your soul.  You are appreciated.

See Also:  They still make you?

She calls me Sean Paul cuz I make her bed Dutty Rock,