Jill Scott, Get Over It 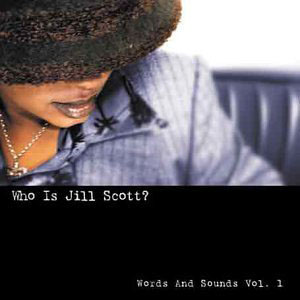 There were a ton of articles I contemplated posting, and I had some good ones lined up for you, but we broke stride and went with current affairs.

If case you didn’t get a chance to read what Jill Scott had to say on Interracial Dating, you can catch up with the conversation here; http://thoughtmerchant.posterous.com/jill-scott-talks-about-interracial-relationsh. Make sure you read it thoroughly because if you don’t, you will get you’re a*s handed to you in the comments section.

Jill touched on some points and I first want to commend her and state that few women have articulated why they feel a certain way about interracial dating so well.

Jill you my homegirl and I got all your albums, but I will have to respectfully disagree with you.

SBM massive, as I speak on this, first and foremost it’s about the best advice I was ever given about advice. “Take advice from whom it’s given.” Jill Scott is a divorced, mother of one, who’s marriage failed after one year. She compares her Black men to heavy dark liquored beverages, she’s also not the skinniest woman, but doesn’t have a problem telling all of us that she has problem with people who keep Getting In The Way of what she’s doing. She’s doing Tyler Perry movies, (which might I add releases this weekend, might I get a, “publicity” from the congregation), but It’s Love.

See Also:  The Get Over It Series: The Garden of Eden

Jill Scott was not brought up racist, but like most Black people in our country, we need to admit that we were brought up as racialists. While you may not be in a position to exert power over another race, you have been raised attributing certain outcomes in life to race. Using race to determine and interpret future occurrences or situations that may arise in someone’s life.

Jill also mentioned that we have always stood together, and to that, I’m asking where are you now? The Black Woman of today bears very little resemblance to the Black woman of Slavery and the Civil Rights movement. Black women have adapted to the times, they have evolved so much in the last 20, 30, or 50 years, therefore it has to be okay for the men to do so as well. In my opinion, we’ve spent so much time NOT needing each other, that we don’t even WANT each other anymore. And we’re not going to sit here today and throw rocks as to whether Black men left or were removed from the household, we’ll be here all night.

Also, you don’t need to remind Black men of what we’ve been through on account of White women. Keep in mind, that you don’t want us to remind you what we’ve been through on account of Black women neither. As a Black man when you are born you get a download of information, similar to when Neo receives training in the Matrix. In this download you get s*x, dating, relationships, how to fry chicken, pee standing up, ways to go to jail, jail sentences to expect for anything, and how to keep a straight face when you know your boss is racist. If your parents are wealthy they may spring for, “How to dribble a basketball.” The point is you do not have to travel too far to find out that up until recently Black men running around chasing white women was a good way to end up dead or in jail.

Jill Scott spoke about how it feels to see a Black man with a white woman, and the cross she has to bear. No one will take that away from you, sister. No one. That’s real. And a lot of Black men would not be here without a lot of Black women who carried a cross that they didn’t ask for in life and we appreciate that. But don’t put it on young successful Black men, it’s not our responsibility to fix it by only dating Black women. Let us be great. Give us the ability to make choices in life, and we will afford you that same. It was said in the transcript, “Our minds do understand that people of all races find genuine love in many places. We dig that the world is full of amazing options.” If you understand that and really mean it, and aren’t just saying it, then you have respect that not every Black man is going to solely date Black women.

See Also:  Why Women Fail To Get Asked Out On Dates

My sincere advice to all Black women is that they stop belaboring on this point. If anything carried me though the trials and tribulations of this world it would be this excerpt, “Accept the things I cannot change.” I go to work everyday and I can’t change the fact that I’m Black, nor can I change the fact, that people at my job judge me and may be racist. But I’m over it. And just like you women love to yell, “OVER IT.” Then by all means, sister, be “over it” with interracial dating. You really don’t have time to be worried about the men who do not want to be dating you.

tags: get over it interracial dating jill scott
previous Do you want to end this? ... Hell no!
next The Ugly Truth