If She Ruled His World…

***Jesus told me to be easy on Good Friday, so here’s a throwback. Happy Easter and what not…*** 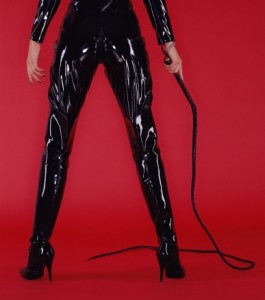 No warm and fuzzy intro, let’s sit right down and go to church.  Today’s message from my pulpit is about controlling women.  From my novice observations, there are two types of controlling women.  The first type of woman has her man under physical control, known to the rest of the world as “p*ssy-whipped”.  We all know a dude who is egregiously whipped by his woman.  No matter what happens, whether this woman is right or wrong in any instance, she knows she can rope her man right back in with a roll in the sack.  This is problematic not only because of the way the power shifts in the relationship, but it sets a horrible precedent for both parties.  The man leaves the relationship thinking being whipped is OK, and the woman leaves thinking she can continue to use her goodies to dominate the men she encounters in the future.  Until she runs into a cocksman, of course.

The second type of woman has her man mentally whipped.  While being physically whipped does carry a mental aspect to it, the woman who has her man whipped mentally has a more deliberate hold on her man.  She does even need to touch her man to put him in check.  This doesn’t necessarily mean she’s verbally abusive to her man, but she knows how to push his buttons and psychologically manipulate him into doing exactly what she wants. Now don’t get me wrong, I’m not throwing a pity party for weak minded men because men have been doing this sort of thing to women for years.  But as a man, it’s difficult to watch a dude with his girl in Macy’s holding wifey’s purse while she trying on clothes and yapping to her girlfriend on her Blackberry about how much fun they’re gonna have in the club tonight once she finds the right dress.  I often want to put on my “Captain Save-a-Bro” cape, swoop in and bring this brother to the light, but then again, who am I to upset nature’s balance.  After all, what he eats doesn’t make me sh*t.

See Also:  Die Kobe Die: Are We Cheering for Love Not To Work?

If you are reading this, and you are whipped either mentally or physically, there is not much advice I can offer.  If you’re p*ssy whipped, go to your nearest Duane Reade, pick up a p*ssy patch, and try to break your addiction as soon as possible.  It may sound like a daunting task, but if you want to reclaim your life and not end up as a lifetime purse holder, you have to make it happen.  I know you think right now that you can’t function if she doesn’t give you her loving, but trust me, you’ll survive.  If the patch doesn’t work, my second tip for you would be to turn the tables and whip the p*ssy.  Whip it, whip it good.  I guess it’s easier said than done, because if you could whip the p*ssy, you wouldn’t be in this situation to begin with.  But now you’re here, and you need to figure something out, so get it together.  If you need help, contact your local chapter of the League of Extraordinary Cocksmen, and they can advise you further.  If there’s not a chapter in your area, contact me.

For the mentally whipped man, all I can say to you my brother is run.  Run for the hills.  Run like your life depends on it, because it does.  In this situation, you are simply being mentally dominated by another human who clearly has a higher mentally capacity than you do, and has no problem using it for their own personal gain.  This is very problematic especially in a relationship.  Anyone involved in a situation where they are constantly being mind-f*cked by someone else is in a bad way.  And before the women try to rip me a new one in the comment section, let me state for the record that there is a difference between a strong woman in a relationship, and one who is purposely manipulative and vindictive.  Relationship or not, male or female, that’s just the type of person you need to avoid, period.  (Is saying period followed by a period redundant?)

This is usually the part of the post where I would query of our dear readers if they have ever seen or experienced this phenom.  But I don’t even think I need to ask the fellas if they’ve ever seen or known a man who was whipped.  That’s like asking whether or not the sun rose this week.  Ladies, do you like to control your men or do have a friend that has her man wrapped around her finger?  Let’s build people, and hopefully today we can save a life.  I’m out.

tags: controlling women p*ssy whipped
previous How to get women by being "cool"
next Word of Advice for Men: Three Ways To Ruin Your Relationship