Ten Things Men Wish You Did 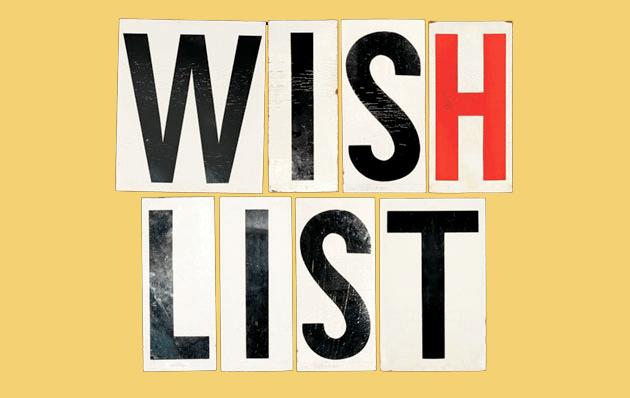 Previously, I gave a list of ten things that men find unattractive but they really won’t come out and tell you. It’s mainly because although a man might find something you’re doing to be annoying, he’s not inclined to want to ruin his campaign for beats.  Men are willing to let just about anything go for beats.  But today, is the anti-list, the list that outlines to all of you, exactly what men wish you would do, but aren’t going to come out and tell you.

2.  Play Madden – If you could play video games with us and be competitive, we’d probably marry you tomorrow.  There’s nothing like it.

4.  That thing Lacey did – Google: Lacey Duvalle, Jada Fire, and Lily Thai.  Whatever those girls are doing in those videos, yeah… that thing.

5.  Buy something – Men get tired of paying for stuff.  And we don’t need you to pay for parking when we pay for the movies.  Surprise me, suggest we go to something and actually buy the tickets.

7.  Hurry Up – It should not take you 30 minutes to figure out what you are wearing to the grocery store.  If I get off the phone with my boy and say, “OK, so we’re going to go meet them downtown, they’re already there.”  Do not interpret that to mean to take a shower, do you hair, pick out an outfit, pick out shoes, lotion your entire body, and spend an hour getting ready to leave.

8.  Stop talking – I know you guys are some detailed people and communication is key to everything with you.  But sometimes, men like to just sit and be quiet.  God gave men a gift that women don’t let us use enough.  We can think about absolutely nothing for hours at a time.

9.  Admit your wrong, say sorry – I figured why not go ahead and ask for the hood.  Women never admit their wrong, they’re either misunderstood, or we were talking about different topics.  Moreover, women never say sorry.  They will allow you to be right, but they won’t ever apologize for their actions.

10.  Live and let live – Most men’s biggest pet peeve about women is their inability to let live.  Just because it’s not your way, does not make it wrong.  Women force their ways on others all the time.  Men rarely do the same.  If you think it’s tacky to drink out the can, don’t drink out the can.  But don’t mind me for drinking out the can.

If you aren’t laughing at this point, you’re probably to shrewd to even understand why men find these characteristics attractive in women.  If you are one of these women, then hi-fives to you, you’re well on your way.  Either way, it’s almost Thursday and I figured you guys could use a relief of the heavy content of SBM.