When it’s best to keep it on the LOW 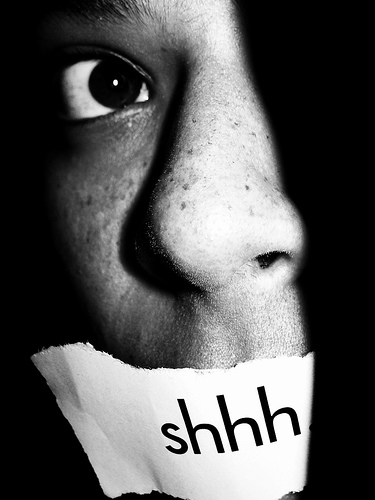 “There’s a difference between telling the truth and being honest.” – My Dad.

I’ll tell you a story.  You know I don’t normally do this, so don’t go retweeting this information to the world.  Basically there’s me, a chick I used to talk to, some random “pretty” chick, and… wait a minute I’m not telling this story, that would defeat the purpose of keeping it on the low.

In this life, we will have to make some decisions on when to fully disclose the truth.  I know I’m guilty of this, because as anyone will tell you, you will have to water board me to find out who I have slept with in the past.  I just keep my ish on the low.  Lower than a pregnant ant’s stomach low.  There’s several reasons why I do that, but to be honest the main reason is because I only mess with a certain type of chick.  If there’s anything I’m guilty of, I’m guilty of being the dude before the One.  It’s like an unwritten Charm School operation with the women I date.  I get them in shape, upgrade them, teach them how to set a table, perform in the bedroom, and then they move on to the next bloke and decide to get married or find a life partner.  (I like girls who like girls, what more can I say?)

And then I get that phone call, from some dude named, Bobby.

Bobby: Yo fam, what’s good?
Jay: Nothing chilling, just making this bread the best way I know how, being the Pimp that I can be.
Bobby: Yeah, yo you know that I’m settling down with Tamika right?
Jay: Word, that’s a good look. Good girl.
Bobby: Yeah, but son did you beat?
Jay: Define beat. I’m pretty sure I broke the box.
Jay: Wow, nah… lol, why someone said I did?  (Here’s where you tell a little half truth.)  People may have gotten that impression because we hang out a lot, but we just cool peoples. If I had beat I would have told you my dude.
Bobby: Oh alright, yeah fam. I mean nothing else, just wanted to see what the deal was.  I’ll see you out in DC soon.

I mean, who am I to ruin this guy’s dream of wifing down Tamika?  Tamika is actually a really good look for him, and any other guy.  I mean at the time, I couldn’t do it, but that was because I chose to go a different way.

Anyway, here are some reasons why sometimes it’s just better to keep it on the low:

At times, you want to protect someone’s feelings.  For example, you might not want to tell your fiancée that you smashed off her maid of honor.  There’s so much riding on a marriage, but you might have smashed her best friend off a few years back.  Years later, you developed a friendship and relationship with your future wife.  So you don’t want to ruin things.

Like in the example above, you don’t want to stand in the way of someone’s happiness.  I know for me, most times that means not telling a guy that I used to have relations with his girlfriend if it’s not really that important that he knows.  I mentioned in my post on NecoleBitchie, how “I know plenty of married h*es.”  I contemplate every time I know a guy is marrying a chick who used to be a jumpoff.  I was once in a room where there were two guys who had NOT received head from a particular chick.  (There were 20 or so men in that room, and she is now married to a guy that I have more than enough reason to tell about her past, but I didn’t…)

Sometimes people get in fights when the truth comes out.  Basically, in the story above that I didn’t tell, the consequences of the truth coming out in that situation would be a fight.  Because the two girls do not like each other for reasons that have nothing to do with me.  However, if they find out that I had relations with both them.  DISHES.  Rest in peace, Apollo Creed.

Sometimes you have no business doing what you was doing.  If you was smashing off your best friend’s ex-girlfriend, the one he was planning on marrying.  It’s best that it stays on the low.  I mean, your best friend will probably not care because like most men they will say, “F*ck that b*tch.”  (This is the #1 Male Defense Mechanism in de World.)  But y’all can’t be best friends no more.  I mean, the Best Man ended well, but Harper and Lance still haven’t spoken since 1999.  Harper should have kept that ish on the low and made up a story about smashing off Nia Long.

See Also:  Ass Grabbing: Disrespectful to you ... Cute to your friend!

I mean it really all comes down to evaluating what the consequences for full disclosure are.  You don’t want to end up chasing your uncle around the picnic table at the family BBQ because you found out he smashed your baby mama.  Especially if your family is like mine and everyone’s kids look like they someone else’s kids in the family.  I had a friend who’s ex-boyfriend shot himself in the leg when he found out she was talking to other people.  But she knew he had a gun and had no reason to have a gun except he was crazy.  She should have kept that on the low.  As for me, I’m working better with full disclosure as I’ve been invited to some weddings lately and instead of thinking how good the bride looked, I keep saying to myself, “I could still beat.”  (This is the #2 Male Defense Mechanism in de world.)

previous The Other Person pt. 1
next Why Men Love Hairless Women