Rantings of a SBM 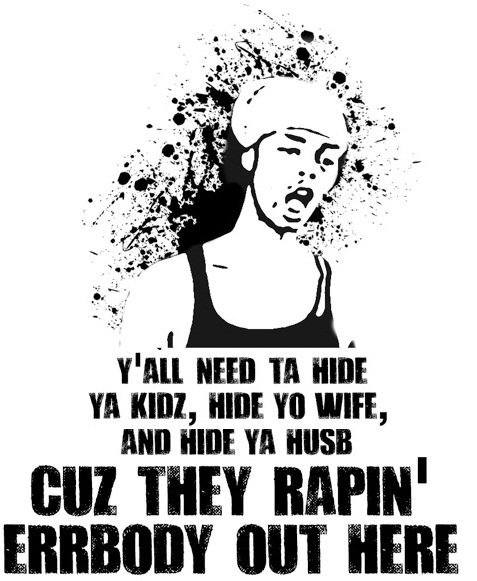 Dark Knight did it. A-Team. Karate Kid. Every rapper you know is making a sequel to their classics. So why not us? Rantings of a SBM  returns after a long hiatus. This will be the SBM writers platform to speak about any and everything under the sun, while you judge comment and add your dos centavos.  On a diet, but it’s time to make the donuts! #Random

I’m happy we are bringing back the Rantings. It was all Streetz idea, but now I can just come and talk some sh*t every once in awhile.

Ever since I moved from ATL, I am feening for my usual down south rap.  I still download some mixtapes, but there isn’t anything as refreshing as hearing Gucci Mane, Wacka Floka, Travis Porter, and <insert local ATL artist that never gets played outside of the city> on the radio and back to back.

I was explaining to someone the other day how strip clubs help society as a whole.  For it is the learned ability of self control to have a woman rub her breasts in your face and bend her a$$ in front of you, without instantly trying to put it in, that helps us men in our daily battle to stay faithful.  Think about it … you know its true.

I haven’t mentioned this in awhile, but I really do love breasts.  They are so much better than booty the argument is officially over.

This time next week I will be a Boston resident.  It’s bitter sweet. Excited  … but just thinking about my first winter makes my testicles retract into my body for warmth.

Eff Slim Jackson for moving out of Boston before I moved there.  With him and Seattle gone … I will single handily increase the African-American population by like 15%.

Teach me how to Dougie is.my.SH*T! The Original was cool but the remix is soo poppin! Have to watch that at work because my Dougie bop is uncontrollable.

The new gmail is cool. They can still revamp the contacts more. Don’t like that you automatically add an email to your contact list when you send an email. Give the option like Yahoo did!

Blessings to the BBM gods for the update. Like  my chapter bro sd “This sh*t is like HD BBM” Plus they corrected that stupid “> 100 contact = no status update” bug.  We in business, beetches!

Anderson Silva’s 11th hour victory was similar to a hail mary touchdown. Sonnen fought an almost perfect fight. Too bad if he gets a rematch Silva will be prepared for his game.

See Also:  20 Ways Black People Act When They Go Out Versus Their Counterparts

More motivated than ever to get in ultimate shape. Eff a summer body, we go year round!

Any of yall ever take boxing classes? I heard its a killer workout. I’m interested.

Football season is upon us, so get down or lay down.  I’m damn near orgasmic every time I see a pre-season game on TV. God Bless America.

If you haven’t already, cop that new Nas/Damian Marley joint.  I’ve never been a fan of God’s Son, but this album is crack.  They flow like distant relatives for real.

Judge away SBMers! Have a great weekend!