The Argument for Fake Breasts 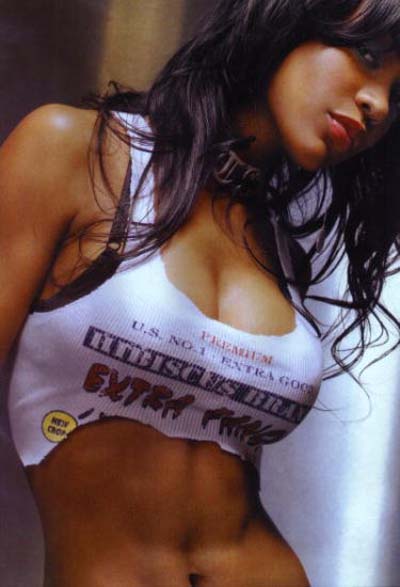 To date, i’ve not met one man who says, “Meagan Good, nah I can’t mess with a girl with fake breasts.” Not never…

The post should be called, The Augment for Real Breasts, but I digress.  I think that women are so inconsistent when it comes to their bodies.  Men don’t really have this problem because I think we only really have to deal with fat and skinny.  I could extend it to tall or short, dark or light, but anything you can’t control is not worth worrying about.  And as it pertains to boat sizes, outside of a dangerous implant surgery if your boat is a row boat, there’s little you can do to get to a 45 foot yacht.  Women always ask, “Are you a breast man or an ass man?”, and I always tell them I’m neither, let me see what I get.  If bodies were a party, a big old booty would let you skip the line, but having big breasts is popping two Ace of Spades bottles.  You can still get in without them, but we know what type of party it’s going to be when we get them.

Let me back up and tell you, 99% of all men do not care.  We just don’t care whether they are natural or fake.  If they had a preference, most men are going to tell you natural.  Here’s the question that you should ask though; “Do you prefer small natural breasts or large fake breasts?”  And that’s when you’re going to see some dissension amongst the ranks.  If you have 36D breasts, wait, if you have 36C breasts, no man is going to complain about natural breasts unless they are ugly breasts.  But if he has to choose between 32A (au natural) and 34DD (Silicon Valley), he’s going to pick the double D’s.

See Also:  Do you really want me to answer that?

Some people say that they hate the way fake ones feel and they don’t move like the natural ones.  That may be true, but it’s still fun to motorboat whether they be stiff and firm or soft and plush.  Aren’t they just nice to look at?  Like when you can sit back and admire a nice rack that stands at attention isn’t it the greatest?  I mean, to most men I think they can look at a nice rack for hours.  Picture it this way, if you could have a topless woman in your office for 8 hours a day, would you rather that or NOT having a topless woman in your office for 8 hours a day?  LOL, the answer is simple.  Where can I buy four?

My issue with natural breasts is that they are susceptible to age.  Do us all a favor and at least meet in the middle with a lift.  When men say they want a girl who is down to earth, they mean your personality, not your breasts.  (All arguments are created equal and to be fair, if you get a breast job, get insurance so that if the job is botched you can go back and get them fixed.  A botched boob job is the absolute worst!)  There is no hope for ugly, saggy, skinny, flappy, itty, bitty, crooked, or discolored breasts.  (Here are some exceptions; men understand that they are not the same size and we will work with that, also tan lines receive two thumbs up.)

See Also:  Is Your Girl On Your Team Or Are You On Hers?

Women with natural breasts always think that women with fake breasts have low self-esteem, and nothing could be farther from the truth.  You see men find confidence in a woman to be attractive.  A woman who is unhappy with her body gets fake breasts and it boosts her self-esteem and confidence… AND THAT’S SEXY!  So maybe that’s my perspective, I want every woman to be happy with the body that she wants.  And if that body happens to have fake breasts then so be it.  Hmph.

Let it be known that I’m a fan of plastic surgery.  Dr. 90210 was my favorite show until it went off the air and now it’s Keeping Up with the Kardashians.  I think that plastic surgery has its place in society and we should let it be.  There’s just so much that you can do to improve your appearance whether it be botox, tummy tuck, liposuction, hair removal, face lifts, breast implants/augmentation, butt implants/augmentation, vaginal rejuvenation, etc… Did you know that you can get a Brazilian ass?!  Don’t tell your husband that.  And when you go get a vaginal rejuvenation, they ask you what age you want your vagina to be… you can pick the age… THAT’S FREAKING SWEET DUDE!  I’m not the type of man to suggest my wife get some work done, but if she wants too I’m not opposed.  Let’s be real, how can women who wear fake nails, fake hair, caked on makeup, contoured clothing, girdles, bleaching creams, and the list goes on, judge a woman for fake breasts?  Don’t worry, I’ll wait.

I don’t judge.  So to the men who say they hate fake breasts…

I’m going to be at Park in DC tonight, as a part of this event.  Please stop by if you can attend.  Tweet me for more information.  Peace. 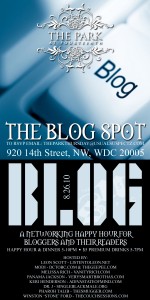