Fools Rush In: Questions To Ask Before Falling In Love 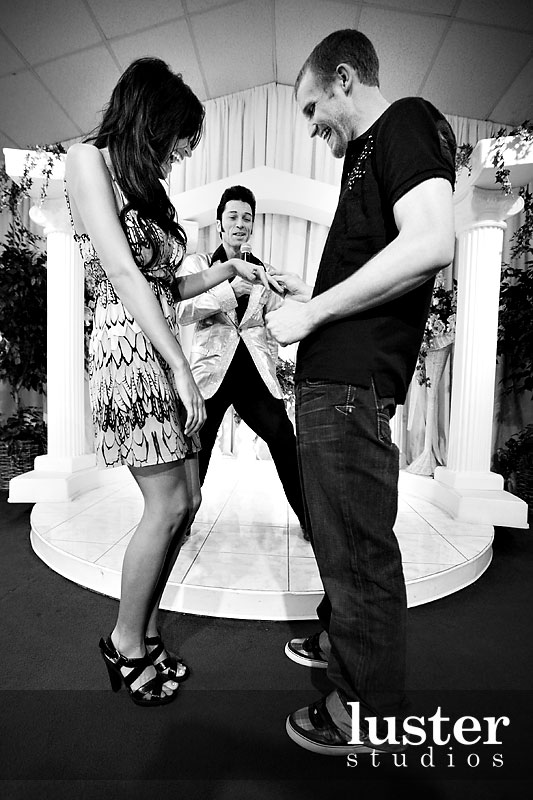 Our wedding after we met at the Venetian, Summer 2010.

“Wait, you voted for who? Oh hell nah, I can’t date a Republican.” – Anonymous

Have you ever been on a date and realized that the person sitting across from you is just not the right person for you?  We all have.  There’s three ways you can react to this; you can leave immediately, you can miss your warning sign, or you can admit that you don’t need to agree with everything your spouses thinks or does.  You know most people miss their warning signs, or they try and ignore it and hope that it won’t really affect them too much.  And other people just don’t have the right set of interview questions for the people they date.  You don’t need to have a clipboard, but you do need to have some questions in mind so you can avoid finding out later something that you wish you knew up front.

Who did you vote for?

Have you ever invited the person you were dating out to a group outing, like a house party for Taboo, and a conversation about politics or social issues comes up?  And you and everybody else is like, “Who invited Huckabee?” I took a chick out for a group outing one time and the topic of a friend who was “in the closet” came up, and she wouldn’t stop saying, “N*gga you gay.” You know, like Riley, nevermind that all my friends were white.

How often do you expect to see me?

I’m slow to warm up to a person, and I’m also focused on success.  Some people expect to see you like six times a week, and others like four times a month.  You need to discuss this early on before it’s too late.

See Also:  When Should a Man Move for the Relationship?

By asking this question, you will find out if your “thing” is exclusive or not.  This doesn’t just happen to women, it happens to men too.  You guys will meet out at a club and after you spend all your money on drinks for her, she will leave with Idris.  And then you sending late night texts: “I thought…”  Yeah, stop thinking, ASK.

Do you already have a person who considers you their boyfriend/girlfriend?

If you don’t ask, don’t expect him/her to tell you.

Wait, so you stopped taking tests after you graduated college?

A lot of people haven’t had a STD test in years.  They just let it rock out after college.  They figure that if they are being safe, (defined as not f*cking with no dirty sock b*tches, or men with records), then it’s impossible for them to catch anything.  “Why would Christian have anything, he’s got an MBA, drives a Benz and works on Wall Street?”

If you have any pet peeves, I would recommend you get them out in the open early on before you go too far.  You actually hate that she chews gum with her mouth open, or that she always steals your socks, but if you don’t do it early on, you’ll be sorry later.

See Also:  I Have A Different Beef With Bill Cosby

Do you have kids?

Everybody has been dating someone and found out later that they have kids.  I had to try and climb into a chick’s car through the back window, #wasted, to bump my head and yell, “Why is there a baby seat in your backseat?!”

Would anyone consider you a ho or jumpoff or grimy?

If, she says, “I’m sure I was somebody’s jumpoff before.” That girl is a ho.  Real women don’t let it get twisted and they don’t do anything that will lead to the possibility of shade being thrown on their name.  I will get in trouble for this, but I have to say it, because it’s just how guys think.  No man wants to hold the hand of a chick that’s been ran through.  As a man, if you take a girl on a date, or within the first few weeks of dating, you take a girl out and she sees people she used to mess with or sleep with, it’s MAD uncomfortable and a sign that she might have too many miles on her.

I’m not gonna lie though, this happened to me once, but the shorty was bad.  So in my mind, I told myself, alright rock out with it, but… this girl will never be your girlfriend. (Take this however you want to use it.)

Are you saving it for marriage, or something like that?

There’s nothing worse than dating a girl, and waiting the three dates weeks like you’re supposed to and then being hit with the “I’m saving it for marriage” or “I’m waiting for the right one.” If a girl is going to make you wait three weeks, 45 days, or until you put a ring on it you need to know now.

What are you looking for?

My boy told me that he went out for drinks with a girl one time and got drunk.  The girl wasn’t that cute, and he was feeling down on his luck so when she asked him this, he replied, “Whatever I can get!” #RIPDrJAY.  I think you NEED to ask this upfront because you don’t want to fall in love with a person and find out they are just looking to have fun.  Or you don’t want to be having a good time and dating someone who answers, “I’m almost 30, I’m looking to get married and start a family.”

Do you consider me your boyfriend/girlfriend?

This may not come up right away on the first date, but it might after you spend the night together, have sex, or kiss.  You better ask before you end up like me.  I was once dumped by a girl, and I didn’t even know we were dating.  She got mad because I asked her friend out.  I didn’t even know they were friends.  Sometimes I think women only become “friends” when a dude is trying to holla.  #kanyeshrug.

What would you do if our kids were gay?

tags: falling in love simping
previous 6 Dating Reminders to Keep You Ahead of the Game
next Take it to the Streetz: Significant Others and Strip Clubs