Home Dating & Relationships Dating Researching Your Date: How Much Is Too Much?
Dating
December 1, 2010 Guest Post 74

Researching Your Date: How Much Is Too Much? 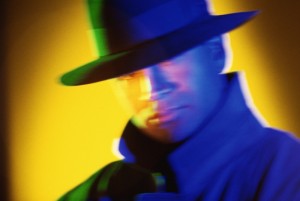 Let’s be honest. Have you ever tried to Google or Facebook someone you just met?

It’s Saturday night and you’re out with your people. All real fancy like. Yes, you fancy, huh. You’re at the bar about to order your favorite drink then someone catches your eye. To skip the chase, needless to say, you get the digits.

During your first conversation over the phone, you both gather some personal information about each other. You found out where they work, their views on dating and what intrigued them about you. So far you enjoy the conversation because they seem like a pretty nice person. Because of past experiences you may want to dig a little deeper- if not, think about it.

Well maybe not as far as Google but let’s go with Facebook.

If we’re being honest, when I first meet someone I do a quick search on Facebook or even Google to see what information comes up. I’m not a fan of adding anyone to my social network if we’re dating either. But this can go beyond dating. This could be a new classmate, coworker or even colleague who has given me their business card at a networking function. We’ve all heard the stories about prospective jobs and colleges utilizing social networks to “gauge” their selections. So why can’t we do it for someone we’re dating?

See Also:  Forever Young: 5 Tips for Improving Your Lifestyle Before It’s Too Late

Facebook, well social networking is a powerful tool. You can find out so much information on a person’s Facebook page. Pending how much information we put on our Facebook page, we might as well call it our online personal resume. People complain about how their privacy is being invaded on Facebook, yet still willingly offer intricate details about their lives. Here’s some advice to those who frequent social networking sites, if you don’t want people to know don’t put it online. You could only be a search a way.

But does information have to be so transparent that the task of searching for someone on Facebook or Twitter we just met could be accomplished so easily?

Social networking has been around for more than over a decade and we’re all are guilty in indulging. Before the addictive craze known as the Facebook and Twitter, you were a part of some social network that has died and gone to Internet Heaven like Myspace, Blackplanet or Livejournal. So with a generation full of internet savvy individuals, it’s no wonder networking sites are getting a second a wind and becoming less transparent. Although social networking has been around since AOL began giving free 120-hour trial Internet service on CDs, Internet usage has made grown in making our personal lives more accessible.

Some would argue that using the internet to research information about a person is shallow and an invasion of privacy. Is it really an invasion of privacy if the information is put out there for everyone to read? Facebook and Twitter can quickly be a stalker’s haven or what I like to call it an advanced researcher’s query. I say practice this with discretion. We live in the budding age where we want everything at our fingertips—and, somehow, we need our information to come in as soon as we push the handy ‘search’ button.

Please take caution with all the social networking sites and technology being so transparent, let’s not forget to use our words and actually communicate. How else would you get to know a person, by asking them questions? Don’t judge a book by its cover or even the preface you’ve read without reading the pages in between.

Even though I know most won’t admit, what do you guys think about using social networking sites to “prescreen” an individual? How much is too much?

tags: Dating facebook Google Social Networking Stalking
previous How to choose your "Dealbreakers"
next I Want To Have S*x With Your BFF