I Want To Have S*x With Your BFF

As you may have noticed, we have a new Friday Linuep. Please welcome the newest memebers of the #FridaySBMTeam: NC17, LincolnABlades, Max, and Wisdom Is Misery join the vet RightCoastLexSteele to bring you the hottest end of week blogs on the net! We got em from all walks of life and have a diverse case. Show em love and enjoy!

How do you not cheat? Simple, stay away from girls. But what happens when girls are over your house, sleeping in your bed, using your shower, etc… It’s only right to think about hitting it, even if you’re not attracted to them. The girls I’m talking about are the BFF’s, the best friends, the homegirls, Tasha and em’. When you’re in a relationship her friends become your friends. Not to the point where you call them and conversate, but you’re all cool.

From the first time I can remember having a serious girlfriend, I’ve wanted to smash the homie. Let me rephrase, I’ve thought about it in my head. Now it’s not to say that I plotted on any of them, or even would go for it in reality, but the idea is there. Not just with me, with every guy. Go ahead, sit there and say, “My man can’t stand my homegirls, he wouldn’t touch her”. This is me laughing at your ignorance ha ha ha. Unless she’s an absolute Chewbacca, he’s considered it, hell he may have already hit it, and that’s why they don’t like each other. Categories please— 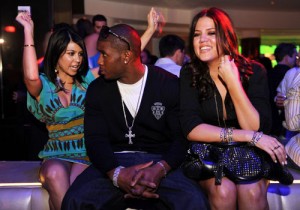 The Sexy Friend: one of my Ex GF’s had one of the sexiest friends ever. She trumped my girl, and my girl knew she trumped her, that’s why it became an issue whenever she would leave the room and come back to us giggling about something. Although I was in lust with my Ex GF, I knew if I had an opportunity to smash her friend, I would probably do it, she was that bad. But if I was with a girl I really cared about, the sexy friend wouldn’t be an issue, I would still think of beating, but I would never go there, she’d just be the mental image I’d go to during (tmi edit).

The Okay Friend: I know these well. The Okay friend is cute I guess, but not really your flavor. But you’ve been around her so much; you add an extra point to her hotness bringing it to a solid 6 or 7 on the curve. This girl isn’t a threat to your GF because your chick blows her out of the water (I hope). But! When you’re in a monogamous relationship you need something else to look at sometimes and it’s only so many pictures of Nicki Minaj I can put on my desktop before it becomes weird. The Okay friend begins to creep in your mind like hmmm, “maybe if she did her hair like that and wore a better bra”…

See Also:  You're Never Getting Married

The Friend I Hate: This girl hates you, probably tries to sabotage your relationship, but more than likely her ig’nant ways don’t keep you from wanting to smash the black girl attitude out of that thang. I’ve never cheated on any of my girlfriends with their friends, but the one I almost went for after the relationship was over was the one I hated. Funny thing is, she was down too (what a friend).

It’s not about your homegirl being easy or flirtatious; it’s about your man being a man. He listens when you talk about how your homegirl has s*x with this and that guy, her oral s*x skills, and the fact that she likes to be choked and handcuffed. Sure he’s saying “That chick is nasty eww”, but he’s thinking, “I wonder how that’s hitting?” The thing about me is that I will joke about it with my girl about smashing one of her friends, but personally I would never EVER have s*x with one of them. But I’m beyond whipped so I don’t count. The average dude, he’s going to go for it. I don’t care how much you trust both of them—assume that the moment you leave the room they will be Chinese finger cuffed. Soooo… how do you stop him from thinking like that about your bestie? Just accept it, there’s nothing you can do …well there is but my 3some blog is more of an explicit black girls are easy topic.

tags: cheating Dating friendship
previous Researching Your Date: How Much Is Too Much?
next Baby, I'm Gonna Hang with My Former S*x Buddy...