Girls Are Not Your Friend

I don’t want to be friends with any woman. If I am your friend it’s because A) I screwed up somewhere along the line or B) we’re related. I’m not talking about work associates or we have a class together buddy. I’m talking friend. My homie has nearly 80 bbm contacts 70 something are cute chicks. He ain’t busting any of them. What the hell is the point? I know a dude who has a gang of bad chicks he rolls with, he’s not gay… but he may as well be because he’s not busting any of them! If you’re a pretty girl why would I want you as my friend if I’m not going to experience the pleasure of showing your pretty face to one of my boys and saying “I ran through shorty”. If you’re unattractive or average at best why would I be your friend? If I have to go out to the movies and be embarrassed that I have to make you keep  your 3D glasses on well after Tron’s gone off, then I may as well be getting the nookie! 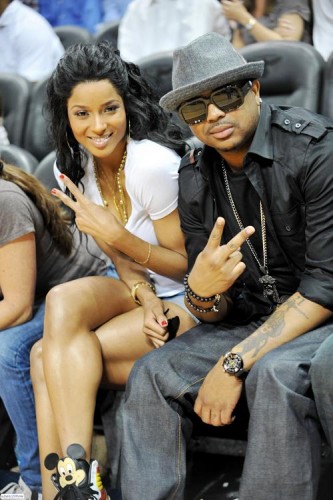 I’m an honest person; there is no front in me at all, each day I get older the more I don’t care enough to BS. That tired excuse of “I hang with her to get girls” guess what, that’ll get you one and done, because unless she’s a Mighty Morphing Power Ratchet she’s not going to let you run through every friend she has. You may get one, but that’s it. I can get one, why would I have to fake a friendship to do something I can do on my own? Dudes say that because they are embarrassed that they fell into the friend zone. Homie, you’re not using her to get to her besties—you fell into the friend zone. Now you have to save face so you BS me about the reason you’re bff’s with a broad.

One of my best friends is a girl, yeah yeah yeah; I just read what I wrote too. She’s sexy, funny, smart, and doesn’t give an F about anything but shoes and money. A) I screwed up somewhere along the line. I screwed up so bad that she even had to nerve to ask me why I never tried to have sex with her, then rubbed it in my face saying she would have gave it to me easily. But she’s my friend. And it’s to the point where I can’t even think of her in that way. What fun is that?

Come get me. I go pick her up.

I hate men. I listen.

I’m broke. I give her money.

My male friends ask for is a few dollars in-between paychecks, and I make them pay it back, she’ll burn me and say “you got money” and all I can do is call her a four letter word that begins with a C. At the same time she buys me better birthday and Christmas gifts than anyone and has supported and motivated me since the day I met her.  When I proclaimed that Black Girls Are Easy she said “yeah we are” how can I not love that? This girl is like my girlfriend. I have to be there for her, I can’t say I’m playing UFC, I don’t feel like talking about your date. I can’t tell her to catch the bus in the rain like I would my boys, because she’s my girl… but she’s not my girl! I’m not getting anything from her but love and affection above the waist. She puts her head on my shoulder or cuddles with me, I feel like a chump because people are looking at us in public like “awww”. No—I’m a lame, I’m not beating this at all!

I want to tell this to every man in America– stay away from platonic relationships. Getting a text saying “Thanks yo, I love you” makes me smile, then I look over to my fiancé and show her and she says, “You’re so gay for her”. Don’t be Gay for these H**s, be a better man than me. If you fail to hit—erase her number.

tags: friends
previous Take it to the Streetz: Significant Others and Strip Clubs
next #TakeItToTheStreetz: No Country for vacations without your significant other?