5 secrets about women that men MUST know 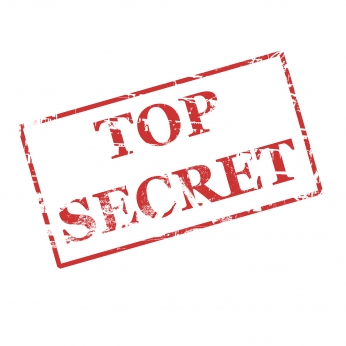 Some of you are clueless to the actions and movements of women. Over the years I’ve noticed certain trends and behaviours that would otherwise go unnoticed by my bretheren. Here are a few observations:

When women are done with relationships, they start testing the market like free agents…

Just like when u shop for new jobs while still working at your current job – I always saythat women would make the BEST General Managers. If they see that you’re slipping, the relationship has gone as far as possible, and that she isn’t going to win a championship ring, she will gut the team and start anew. Think about what Otis Smith did in Orlando. You  thought that team would make another run, but Otis gave them 25 games. He saw their productivity level and decided to make the change sooner than later. I’m sure that the Magic players had no idea the trade would go down, and neither will you. She will start “innocently taking inquiries”, will noticeably stop harping on the things about you that piss her off, and slowly fade away until either she a) tells you its over, b) stops calling, or c) you see her relationship status change on facebook to a dude who isn’t you dawg *TI voice*! So in their mind they may be done with you, but may not express it verbally, until they’ve moved on and just..err…umm.. “forgot” to tell you.

Women know how to speak our language, but they choose otherwise!

I spoke a while ago about the Male-Female Rosetta stone, and how I hate having to decipher little women phrases in order to get to the point. Truth is, women can be more straight forward, but they don’t want to do it the easy way. You know why? As a significant other, FWB, or even a friend, you should know them well enough that they don’t have to spell out everything for you. You should know their nuances, facial expressions, and that a loud sigh means you’re about to catch a Shawn Michaels superkick to the grill. Besides, they’re speaking ENGLISH so why should this even be an issue?!!! You can see I’ve heard this explanation a few times, huh? Doesn’t mean I agree, but it is a fact, to them…

The greatest trick that women ever played on the world is convincing men that they don’t swindle. Women are WAY bigger liars than men, first of all. They know how to manipulate tears to their advantage. Finally, they got the good good, and know how to leverage that to get their hearts desires. Men are strong, but a vast majority of us have genuflected before the power of the P.U.S.S.Y., but don’t think they don’t know. Helen of Troy sent 50-11 men to their deaths to fight a war for her stankin arse. Cleopatra made legendary dictators trick (and they had it), so this is a recurring theme throughout time that will continue. Be aware my dudes!

Women and their friends know everything about you and talk crazily.

Women converse about men in a different way. It’s more in depth, and intense. I stumbled upon girl talk before, and was lowkey traumatized! Just know that women might have seen those naked pictures you sent your shorty, know that story about you two and the balcony, and other things that might surprise you. If you hear snickers or giggles, or the respectful salute when you say what’s up to her friends, either she put in the CRAZY good word, or they know your….shortcomings. Reputation is a gift and a curse, so get your voodoo dolls out and make it rain!

The perfect man for women is a man full of imperfections

I’m convinced that women want a man who challenges them, well real women. If you did all the right things and had no kinks in your armour, women would suspect you to be phony. If you did everything they said and never conflicted with them, women would deem you a pushover and treat you like a used Kleenex. Now, some women want to be in total control of a man, so this thought appeals to them, but like I said, real women want that challenge. They want to know that you have a flaw that makes you perfect for them. They want to see you struggle to overcome that flaw, and rise from the ashes, you know why? If they see you as a potential future BF/Husband, they want to know that in any struggle you will be a man and do what you need in order to succeed and make you a better person. They want to see that you have backbone and can withstand the test of time. They want you to disagree with them, have your own opinion, and put your foot down at times. You may not be perfect, you may stumble, but women are turned on and attracted to men who fall from the challenges of life and get back on their feet stronger and more complete.

Take these words home and think it through…