My Boy Got Married to his Baby Mama 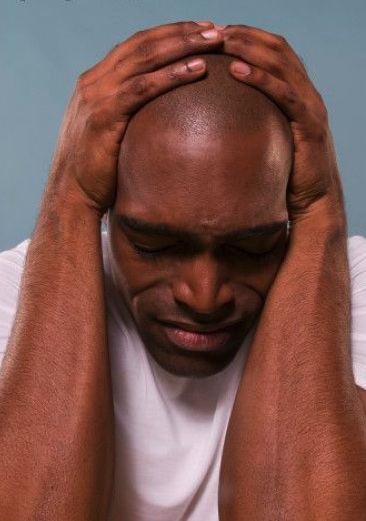 Don’t judge me, but I think I’m getting married in the next five years.  I just know the itch is hitting me, that’s probably why I’m writing about it so much.  Today, I want to talk about something so tragic.  I truly feel that the divorce rate is so high not because marriage is flawed, but because people get married for all the wrong reasons.  It may be a financial arrangement, a family arrangement, or somebody’s daddy asked you, “Now that you got my baby pregnant, are you going to make a woman out of her?”  And to be real with you a lot of dudes fall into this situation.  So we can talk about all the good reasons for someone to get married, but I’ll share with a situation that really bugs me.

So basically my boy at a young age was dealing with this jumpoff, he ain’t tell us, but he started smashing raw dog.  I never understood why dudes do this, but it happens.  She was clearly sleeping around, but he went with it anyway because he thought he was her #1 and she was definitely his #1.  Well one day he got the news, the girl was pregnant.  He threw his head in his hands and asked God what he should do.

Being a man about his and coming from a good family he made the decision to marry the girl and move into a place with her too.  He started working more hours to afford the new addition.  He went from being on the court for pickup games to picking up a second job at the mall.  Now when she was pregnant it shut her entire life down.  She couldn’t go out and do what she loved to do, drink and party.  So they got used to being together in a more organized relationship and they awaited the arrival of their child.  Ended up naming the child after my boy too.  And being the friend I am, I told him, “That means you gonna be stuck with this girl for life.  You can’t just peace out on your namesake.”

Man I swear as soon as they cut the umbilical cord that girl was ready for bone crushers and more nights at the club.  And when I say the club, I mean, megaclubs like Love Nightclub in Washington, DC.  It wasn’t long after she gave birth that she made her way to bike week with her friends.  And my boy being the man that he was, supported this lifestyle.  She never kept good work because her lifestyle couldn’t do it.  So now being a group of guys who frequented nightlife, I began to hear stories about her continuous jumpoff activity.  It wasn’t until I heard a story about her smashing some random dude off in the bathroom of a club that I had to say something to my boy.  How could she be married and still living this fast lifestyle?  Not only was she being a bad mother, but she was also being a bad wife.

See Also:  Steps Before Marriage: Doing It the Right Way

My friend was in the house most nights that his girl went out.  In his mind he convinced himself that he just wasn’t into going out that much once he became a married man.  He wanted to be a great father to his child because he knew that his wife would let the child die before she made any life sacrifices.  But when you have a child your finances can be put in shambles if you’re the only one supporting an adult and a child.  So he was broke.  You could see it in his life too.  He wasn’t dressing as nice anymore and wasn’t able to come out and enjoy himself with the guys anymore either.  He was eating poorly and not active.  I saw my boy go from being a fit guy, to being overweight and never getting his hair done.  I didn’t know what to do.  But as friends we all supported him and told him that his baby ain’t worth all that stress in his life.

I’ve known some guys with some crazy baby mothers.  They had to just give up one day and walk away with their pride.  Most men would tell you at the point that you realize your relationship with the mother won’t work, just leave and support the child as dual parents.  Well, he got some advice and was told that unless he was prepared for a nasty custody battle he wouldn’t be getting access to that child in the way he would need to.  So he did what I think was the worst decision of his life, he got her pregnant again.  For the life of me, I have no idea how that happened, but I know how it happened.  The last we spoke with him on a serious level he told us that she said that now that she was going to have two kids, she would be a better mother.  Apparently, this is common in women who have bad lifestyles.  I was not buying it.  Today, my friend spends most of his time arguing with his child’s mother, smoking weed and trying to get a $1.25 raise in his paycheck.  Dude had so much promise, but now he’s stuck in this situation.  He still hasn’t filed for divorce and in his words, “She stay here, but we not together anymore.”

I just pray that she don’t have no other men over the house.

Here’s my question, what would you have done in that situation?  The initial decision was a good one, but should he have just went the child support route up front?  In addition to this scenario, can you think of some stories where people got married for the wrong reasons?  It could be children or just because they were together too long.  Talk to me.