We, the incredible duo of RightCoastLexSteele and Slim Jackson, are here today to help better the world and answer the question “why he doesn’t answer his phone?”. We are advocates of efficiency and promoters of peace. Over the last 20 something years, we have made a variety of observations and encountered a plethora of obstacles involving the opposite sex. We also know that our brethren have suffered through equal if not worse foolishness in the confines of their relationships and/or “situations.”

In an effort to eliminate headaches on both sides of the line, RCLS and Slim present to you the list of Things Women Don’t Understand about Men. 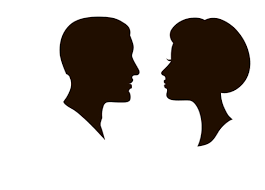 1. Our phones are rarely ever on the full-sound alert and not always attached to our bodies. Why he doesn’t answer phone?

One of the most irritating and perhaps most commonly asked questions by a significant other is “Why didn’t you answer your phone?” The answer is simple. We often keep our phones on vibrate or silent, and it’s not necessarily because we’re in the streets sliding off with your homegirl. Additionally, we do not keep them at our hips waiting for your call or your text message 24/7. If it is absolutely critical that you get a hold of us at that very moment, be creative. Calling 14 times in a row or sending a “where the f*ck are you?” text every 2 minutes won’t make us hear the vibration any quicker. Don’t keep asking “Why doesn’t he answer his phone? I’m his bae, his boo!” because it’s not you.

A major part of the reason our phones are usually nowhere to be found is that we hate talking on them.  This is also the same reason that the landline jack doesn’t have an answering machine, cuz if you can’t leave a message, it’s practically like your phone call never happened, which saves us the hassle of returning calls.  And don’t think it’s just you we don’t like talking to on the phone. Well, maybe it is you but we also don’t like talking to our parents, other loved ones, homeboys, telemarketers…no one.  Even if Jesus called, we’d probably tell him to just shoot us an e-mail.  Have you ever walked in on your man on a Sunday with the phone stuck to his ear talking to his homeboy about AP’s new cleats?  Doubt it.  Unless your man lives or is from Atlanta or DC, then maybe. (Yea, we said it.)

3. Just because we’re not clapping our hands rapidly and nodding aggressively at every word doesn’t mean we’re not listening.

Quite honestly, if we did nod our heads aggressively and clap our hands rapidly, that would be kinda gay…not that there’s anything wrong with that. But if we are dating you, you don’t want us to be gay. Just understand that we listen differently and that if you want to keep our attention, don’t keep going on tangents.  Keep in mind, timing is everything.  Typically, Sunday is not one of our listening days.   Love ya.

No matter the stage of the relationship, there comes a time in every man’s life when his boo claims that he doesn’t show enough affection, which if you translate back into woman-speak really means “You don’t reciprocate enough” or “you don’t pick up the phone when I call”.  Just because he doesn’t shoot you back a “xo” at the end of every text or end every call with “I miss you/I love you” does not mean he doesn’t feel that way.  It just means that he has a Y chromosome.  If I had a nickel for every time I heard my dad tell my mom “I love you”…well, I’d probably owe the nickel guy some money.  And don’t “test” him by doing it when you know his boys or other women are around.  That’s a demerit.

Now we understand that Y’all like to feel a sense of accomplishment when it comes (hehe) to make your man or eff buddy blast off. However, you must understand that there are a certain number of strokes we need to get to before we authorize the deployment of the troops. We don’t speak in opposites as you do. So when we say don’t move or slow down, DO NOT speed up. Though the nut will feel great, we’ll just have to mark the encounter as an incomplete and document the inability to listen in your personnel file. Would you like it if the bus came early (hehe again) and you flagged it to slow down and the driver sped up and left you there? Well then.

This can not be said or written about enough. We like it, so you should at least act as you like it too. And if you’re feeling particularly ambitious, chug ’em.

7. Our booboo will always stink.

No point in asking what we ate or what we’re doing in the bathroom. Just know that it will stink and that you really shouldn’t go in there for 10 minutes even if we did spray before we walked out.

We have lives and we have friends. We also have preferences on what we enjoy. Just because we don’t wanna do what you wanna do doesn’t mean we don’t care about you or that you have decreased significantly in our lives. No, I’m not staying home with you while my boys go to Game 7 of the championships and no, I’m not just gonna go see this god awful movie because McDreamy kisses someone. $11.75 may not seem like much, but sometimes it’s the difference between purgatory and hell.

So that’s our list for today. What do the men think of this? Any additions? How about the ladies? We’re sure you wanna tell us about things that men just don’t get. That’s fair game for today. Let’s do this…sideways. Get it? Got it? Good!

P.S. The video below is an example of the tomfoolery of a woman who just doesn’t get it.

P.S.S. We know it was supposed to say we write well.

tags: bawse lists rcls Slim Jackson
previous Getting a Woman vs. Keeping a Woman
next How I Knew She Was the One