My boyfriend and I are having issues with his inability to be faithful. When he left for work a couple of months ago, I started seeing someone on the side, a jump off if you will. To me there was never any real feeling involved between me and J.O since we didn’t really do much except “smash”, i must give him credit for his conversation skills however. So the other day we got into a very childish argument and he said the problem was the way i spoke to him. We haven’t hung out since and he doesn’t call me when he say he’s going to. I’ve seen him around at work with hicky’s on his neck, so I assume he has some new p*$$y keeping him occupied. I miss the companionship and the D. Should I keep pursuing him or leave him alone?

Wow at your email first of all. My eyes lit up with the number of directions I could take this advice, but I will be as impartial and non-judgemental(unjudgemental?) as we can!

So you and your side piece had an argument. Sh*t happens, I guess. What caught my eye was that you went into this side hustle wanting nothing more than sex, yet I think you caught feelings! You “miss his companionship and the D”, which is causing you to contemplate chasing dude down to see why you no longer speak. I hate to break this to you, but this is a classic case of TOWBAO (Though One Way But Acted Otherwise).

See Also:  5 Things Men Say That You Can Take With a Grain of Salt

You thought you weren’t going to catch feelings, but your actions (engaging in conversation, hanging out, actually liking son for more than his pipework) caused you to break your mental pact and cross the realm of a Strictly Sexual relationship to the grey area. You probably let dude know of your situation (I’m giving you this benefit of the doubt), and he was like “cool more sex for me!”. He never put you in that grey area. You were a piece of ass, nothing more, as you made him!

You probably tried to son this gentleman, talk down to him, or even tried to punk him, and he reacted by chucking you the middle finger and swimming in new women with their own condominiums. Why f*ck a woman with a boyfriend and all the drama associated, and have to be verbally berated, when he could have the same benefits from single women (or committed women who don’t talk sh*t to him). He more than likely performed the cost vs benefit analysis in his mind, and erred on the side of stress free pums. The fact that you see him around work LOOKING like he’s been f*cking is evidence enough that he has zero f*cks left to give about your feelings. Wait…

So you decide to cheat on your boyfriend with a  COWORKER?! Sweetheart, you’re asking for MUCH more drama than the average person. You have to be smart, if you’re going to be grimy. That just opens about 10 Pandora’s boxes worth of trouble and mixes facets of your life. You’re living dangerously!! *insert riddim here** I’m gonna need you to CHILL with the work affairs! 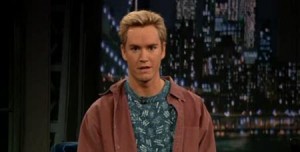 So my advice on that front would be to leave dude alone. You only wanted him for sex and you got that. Cut your losses and move on. The bigger problem I see is the relationship between you and your boyfriend. Clearly there are exuberant amounts of trust issues abound! This situation all stemmed from your boyfriend cheating on you. Instead of working it out, or leaving him alone, you decide that “what’s good for the goose, is good for the gander” and get your own PYT. You wait for him to go away and trick behind his back, because he’s more likely doing the same to you. Life is too short, people are too crazy, and drama is too real for you to be cheating on one another and still staying together. Two wrongs do not equal a right. If it’s that serious, have an open relationship, so that there’s no cheating involved, if monogamy is a problem. Otherwise, you need to leave that situation alone 100% You’re lying to yourself if you think any of this is cool.

Readers – What do you think of this situation? Should she pursue the side piece? Why do you think son stop talking to her? What.About.Her.BOYFRIEND?!!!  Any and all comments appreciated! If you want your questions answered, click on the SingleBlackMail – Contact Form Tab above (but since y’all lazy click HERE)