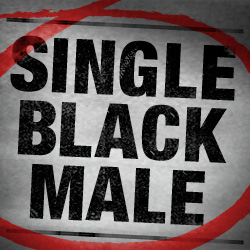 This was one of the best overall weeks we’ve had on Single Black Male in some time. The discussions were on point no matter the topic and we saw a lot of new readers join in to share their perspectives. It was tough for us to pick top comments this week. Shout out to everybody that dropped in and checked us out. We appreciate it. And with that, here ya go:

QueenBinthestreets on Monogamy, Cheating, and Side Pieces:

What about the fact that men and women tend to cheat in different ways?
While a man may be physically attracted to another woman, or his decision to step out on his wife/SO would generally be mainly physical, for women not so much.
To keep it real we women see men who we look at and think we would have sex with and actions generally don’t follow that thought.Women cheat emotionally. If we are talking about cheating then we have to talk about that great “guy friend” that most women have. The one who you can talk to about anything, including your relationship with your man. Once you become emotionally connected to some other man, I believe it is a way in which you are “stepping out” on him. That guy friend who you just “gets” you becomes someone you see as having more desirable characteristics then your boyfriend/husband. The more emotionally invested a woman becomes in a man, the more likely she will cross those physical boundaries.
An open relationship is generally defined as being open to physically involving other people. I think the definition should include the involvement of a member of the opposite sex emotionally. Once you do this, you take your heart away from that man, you two suffer from a breakdown in communication. Anything that you would have discussed with your man, you know hem up about it and “vent” to that male companion. This situation is how many women secretly get caught up either: A) Cheating on their boyfriend/husband with another man (It Is ALWAYS emotional first, no woman just sets fire to a bridge without having built another one) or B) Losing interest/seeing your S/O in a new light. You start to see flaws that could be addressed, yet because the other person may lack those flaws they become ideal “why cant my man be like him in this area”
I think Men know this, hence “being able to give women the answers they want to HEAR”
Emphasis on HEAR.

I’ve been lurking around here for awhile, but this is my first time posting; I just had to because I 100% cosign everything you said.

My main problem with Ri is not her lack of talent; this is nothing new in the music industry. I’m hard pressed to think of one pop singer that can really sing. So that’s not really why I don’t like the girl.

What I take issue with is the way she and her people tried to bury Chris Brown in the aftermath of the incident. A classier woman would have maybe spoken about it once (if at all), then refrained from commenting on it in the future. But here we are two years later, and she continues to entertain these questions about him even though there is absolutely nothing new to say. All the continuous reminders just make it that much difficult for everyone to let it go. Furthermore, her Diane Sawyer interview was a shameless publicity seeking attempt in the weeks before releasing her new album.

Oh, and all of you saying Rihanna never claimed to be a role model must not have seen that interview. This is her explanation for why she left Chris after she went back to him post-assault: “When I realized that my selfish decision for love could result in some young girl getting killed, I could not be easy with that.” By young girl, you mean all the young women who see you as a role model? Did you think these young women just disappeared one day so now it would suddenly be OK to start singing about whips and chains? Or talking about your submissive behavior in the bedroom? Or your penchant S&M and having ‘sex in the air’?

Snaps for Rihanna, she’s a great role model to young women. . .when it’s convenient for her album sales.

Animate on Single Black Mail – The Side Chick Struggle:

Okay, a lot going on here.

First, if the boyfriend had been a habitual cheater why continue to stay with him if you dont like it? By allowing him to continue this behavior you silently are saying you are okay with it. Strike 1.

Next, you cheat because someone else is cheating? Thats a setup for failure and shows a level of immaturity or lack of remaining interest in the relationship. Strike 2.

Thirdly, catching feelings for the side piece. I’m not really mad at that. What I dont like is the lack of self checking. I’ve caught feelings for a side piece before and you know what I did? I sat back and relief I had no dog in that fight. I couldnt expect fulltime benefits for a contract position.

My advice, dont be with either one; especially the side dude. He stuck to the rules mostly while you were trying to pay off the refs. Figure out what you want and need in a relationship and find a person that covers those basics and communicate. That seems to be lacking.

If you don’t eat box, I don’t see why you expect me to even entertain your opinion. If I have to put my damn face in something (and you know I have a small tongue, so I have to ACTUALLY PUT MY FACE ALL UP IN THERE) I think the LEAST you can do is create a surface area that is condusive with the activity we are performing.

These chickens are talking about natural. The Oral Intensity performance isn’t natural. My face wasn’t designed to be soiled. What I look like rubbing my freshly washed mugg against some brillo pad. Not the move.

You have to adjust and adapt your chex game to get the best performance from your body. Increasing the surface area makes touching more intense. Your hair won’t get you to clim@x.

I feel very passionately about this issue…. and Yes for the record. I pratice what I preach.
#smoothballs

So that’s what we got for this week. Lastly, don’t forget to nominate SBM in the Black Weblog Awards. Targeted categories for us include Best Design, Best Group Blog, Best Sex and Relationship Blog, Best Lifestyle Blog, Best Blog Post Series (Please use THIS URL), and Blog of the Year. Thanks in advance for your support!

tags: comments of the week Random
previous In My Time of Villainy
next Stop Bodying Yourself on Twitter!