Your Man is Gay, Now What? 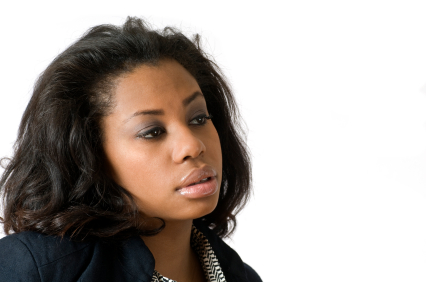 I learned a long time ago that if a woman starts her sentence starts with, “I know you not gon’…”, run like hell.

Gloria: Yeah, uh, I thought that maybe we, you know, like last time.
David: I should be honest with you.
Gloria: About what?
David: About me.
Gloria: What about you, hmm?
David: Do you remember how I didn’t respond to you last time?
Gloria: I thought it was because I gained weight and—
David: I have been bisexual for years.
Gloria: Wait, what?
David: You heard me right.  I’m gay.
Gloria: David.  David, you don’t have to go to this extreme just because you don’t want—
David: Look, Gloria, I don’t have to lie about this.  I-I’ve lied too long as it is.  I am.
(Source: This week I’m not telling anyone where the quote is from.)

[Dr. J is going to take this moment to let the music ride out similar to when Kanye West made Rick Ross wait to spit his verse on, Devil In A New Dress.]

So you just found out your man is gay.  Not your best day is it?  Well, since everyone claims that Washington, DC is the capital of the free world, I mean, gay world.  I should touch on this topic because in all honesty, I’ve seen this situation go down a few times and maybe a bit of insight can help some of y’all.

First things first, do not overreact.  I pray that you are not at a restaurant when this conversation goes down because if you front a woman in public, especially a Black woman, you’re likely to get stomped the f*ck out.  (Read: If you’re planning on coming out to your lady about being gay, do it in a private location, but first, take a moment to locate your nearest exits. #NoBrandonMarshall)

Second, don’t go around telling everybody, it’s not a good look for you.  Get yourself a bottle of wine and some alone time and work that situation out.  A few years back, I was at this lounge/bar in DC, called RNR, a guy I know had recently come out the closet to his friends and family.  One problem, he hadn’t told his girlfriend yet.  She walked into the bar and someone came up to her and asked her about it…

She passed the hell out like Eddie Murphy aunt in Delirious.  “Lord, Jesus, help me, take me now!”

I saw this situation from afar and I wanted to tell her, “Baby girl, please get your behind up off the ground.”  It just wasn’t a good look for her.  And also, not this situation, but others, there’s a good chance that he’s telling you because he cares for you, but is not ready to come out the closet yet.  As a sidenote, people make a lot of money being a beard you should look into that if this happens to you.

Third, “Are any of yall into girls like I am let’s be honest…”  Keep it real, you kind of knew.  Something wasn’t adding up.  If you want me to keep it 100 for you, in my time, I know of personally about six men who came out the closet.  Like after college, anything that happens before you turn 21, we not talking about that right now.  I’m talking about a man on the struggle dating women, then one day says, “This isn’t really working out for me anymore,” and leaves the team like Bosh to go play with the heat.  Now out of those six, four of them, I always knew and just prayed that they would find the peace in their heart to accept who they were and the world would accept them too.  One of them sent a skeevy tweet one time and said, “Just put the finishing touches on my walk-in closet, I’m so proud of myself.”  #DrJBlankStare.  A few weeks later, he just went ahead and came out of that closet.  And the last, I had absolutely no clue.  But then again, he was a “man of God,” and #noshots at the Church because I love God and believe Jesus is my savior, but the church has been hiding male malfeasance for years.

Listen to me, the situation is going to happen to one of you.  And you’ve got to get it in your head that you’re not going to go out like Buju Banton.  Real talk, if Buju had left the gay community alone, he’d be chilling right now.  He got caught in Florida on a petty drug charge.  He couldn’t find a good lawyer because he kept making music against gays, and you know the Jewish and Homosexual community roll together.  (This should explain to you why Kobe got fined so fast, David Stern is the commissioner.)  The point is, it happens, what should we do?  Are we seriously going to get our panties in a bunch just because we find out that someone we care about is gay?  I speak for all mature men when I say this, “That’s h*e sh*t.”  Not me, not Dr. J, I think that everyone should do what works best for them.  If anything he can do me a solid by not coming to the club and stealing the attention of women who will dance like a ratchet with a gay dude all night, but give me church hugs when I walk by.

So yes, I feel bad for you.  I don’t like when people have their feelings hurt because they’ve been deceived.  I feel strongly about this and I pray that every member of the gay community finds the strength to find peace with who they are.  I will say in favor of the women who are married with children to men who come out of the closets; I think to put that woman in that position is a selfish act, but I understand why it happens.  However for those women, if he has the courage to come out, have the compassion to accept him.  He may still be the father of your child, there’s no reason why you all can’t be friends or at a minimum remain cordial.

Heck, you might even get a good lawyer out it.