88
There are many things that differentiate humans from all other forms  of life on this planet. The most obvious are heightened intelligence, advanced communication, etc. However, one of the most intriguing characteristics of the human complex is the affinity and worth placed on inanimate objects. We cherish things in our lives, that may or may not hold a true monetary value, close to our hearts because they remind us of a significant point in our lives. They may represent an accomplishment, a failure, or a milestone achieved. Sometimes, things happen in our lives that reinforce our love of these worldly possessions. I had a situation occur over the weekend that would reinforce this point more that I would ever think!  So I bought a new dresser for my room. My old one collapsed and over time broke down. You all know the furniture struggle: Drawers off track, broken, left open due to convenience, etc. Well I finally got around to getting a brand new dresser and felt good to finally have that eyesore of an old dresser gone. On top of this new dresser, I placed some items that held significant value. The most precious being a ½ broken Pharaohs bust. It looks something like this just a little bigger: 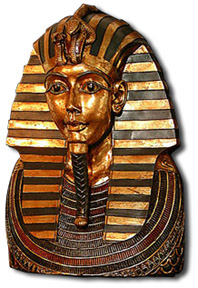 Lastly, don’t forget to nominate SBM in the Black Weblog Awards. Targeted categories for us include Best Design, Best Group Blog, Best Sex and Relationship Blog, Best Lifestyle Blog, Best Blog Post Series (Please use THIS URL), and Blog of the Year. Thanks in advance for your support!

See Also:  The Enigma that is T.I.

previous Your Man is Gay, Now What?
next Breaking Old Habits