Home Advice 6 Questions To Ask on a First Date
Advice
Dating
Featured
Laws of Attraction
Rules of Engagement
May 26, 2011 The Mighty Most 121

6 Questions To Ask on a First Date 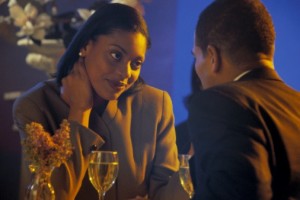 Knowing how to go on an effective date is a bit of an art form. The first thing you have to understand when going on a date is that the whole point is for the two of you to get to know each other while having fun. Many folks have no idea how to extract from the people they date the information they’ll need to gauge compatibility. Today I want to help out by giving 3 questions a guy should ask a girl and 3 questions a girl should ask a guy on their first date.

3. Who are your three closest friends?

You can learn a whole lot about a woman by asking about her friends. There’s no real right answer to the question but here are some things you want to look out for in her response:

A) “Best Friend She Keeps Changing” – Most women hold on to friends. If a woman has a new best friend every couple years, there might be cause for concerned. Once she gets into a relationship she’s just going to stop making friends all together and then she’ll want to spend every waking moment of her life with you … and you don’t want that.

B) The girl with no girlfriends – You also want to be careful if a girl says she doesn’t really get along with girls. This isn’t quite a red-flag, but maybe a yellow one. Sometimes she’s just a tomboy who hung out with guys all her life or had a bunch of brothers making her more comfortable with men. That’s not a bad thing. What you want to make sure of is that she’s not that girl in the crew who always does stuff to alienate herself from the rest of the girls. Stuff like buy the same clothes as the flyest girl in the crew or violate the g-code by always flirting with the boyfriends or always come up short on the bill at the restaurant. You don’t wanna date this chick because she clearly has character issues and those issues will always be an issue in your relationship.

2. Are you Democrat or Republican?

See Also:  In Bed with a BOSS: How to date a WERKing Woman

1. Were you and your dad close growing up?

It’s important to get some information about a woman’s relationship with her father because more times than not, a woman’s relationship with her father will influence what she expects and accepts from a man. This isn’t a zero sum game – the woman who grew up in a two parent home and had a great relationship with her dad isn’t better than the woman whose dad was never around – both can make great mates.  Personally I’ve found that women who grew up in healthy two-parent homes usually have an understanding of what it takes to make a long term relationship work. On the flip side, they’re usually spoiled rotten and used to getting their way. When a woman’s grown up without her father in the house, she’s usually very independent, self-motivated, ambitious and focused on achieving her personal goals. On the flip side, they can also be pretty clingy. Once they open up and let you into their heart, it’s really hard to remove yourself and if you hurt them you might make a lifelong enemy. But that’s all just my personal experience, how people deal with their family situations groaning up depends on the individual, the point of this question is to say – you need to figure out what type of woman you’re dealing with and what role her childhood played on making her who she is. Doing so is very helpful in building a healthy relationship.

3. Are you in a relationship?

Seems obvious, but these days you never know. You don’t wanna end up in a situation where, after 3 or 4 months of seeing somebody you find out he’s in a relationship. As men, we’re idiots. Our whole goal is usually to tell you as little as we possibly can about ourselves. Sometimes this includes disclosing in full our relationship status. We might say stuff like, “oh, I didn’t think it mattered since we’re just kicking it,” or “She’s not really my girl, we broke up, we’re just living together for financial reasons – she’s really my ex though.” This is all stuff some of us only share if you ask because some of us are shady bastards. So just come right out and ask – if we lie and you believe us – at least you asked.

See Also:  Why I Chose My Own Path to Finding Happiness

2. How do you feel about Kobe Bryant?

The good Dr. J is going to hate me for this one, but, you can tell a lot about a man based on his reaction to Kobe Bryant. When it comes to Kobe Bryant, the only reaction you should trust from a man who’s not a fan of the Lakers is indifference. Everything else is suspect. If the dude is a die hard Laker fan since childhood, it’s almost understandable for for him to be a Kobe Bryant fan; he lead them to 2 championships and helped Shaq get them another 3 – if you were a Laker fan, you might really like him too. But, if the dude is not a Laker fan, but still loves Kobe … red flags need to go up. If he’s not blinded by his Laker fanhood and is just a Kobe Bryant fan off GP (general principle) he’s not to be trusted. To be a Kobe fan while not a Laker fan is to tacitly endorse all of the foolishness Kobe Bryant has involved himself in over the years, it’s to tacitly endorse the consistent violation of man-law, and it’s to tacitly endorse putting athletic ability ahead of general lameness. On the flip side, you also want to avoid people who “hate” Kobe. Kobe haters are an interesting breed of people. They are as passionate in their Kobe-hate as the Kobe-Stans are in their Kobe-Love. People who feel that deeply about Kobe when they’re not fans of him or his team might have secret insecurity issues and might be allergic to winning.

We’re at a point in the history of black america where most of our men are being raised by women. Because of this, it’s pretty important that you get to know the way a kids relationship with his parents has influenced his maturation. As with women, there is no right or wrong answer, it’s all about gaining understanding. Here are some things to look out for:

See Also:  It’s Not About the Nail – It’s Not, It’s About A Man’s Need To Solve Her Problems

A) The Mama’s Boy. There’s absolutely nothing worse than a dude with an unhealthy attachment to his mom. It’s one thing to love your mom, it’s one thing to be really close to your mom, it’s another thing entirely to expect or need every woman you’re with to be your mom. At some point the umbilical cord needs to be cut and a man needs to strike out on his own and learn to take care of himself. Unless you’re ready to be a parent, avoid mamas boys.

B) The Apple ain’t fall far enough from the tree. It’s often said that we grow up to be our parents. If a guy had great parents this can be a great thing – if he didn’t, not so much. As men, we all need to take the time time to identify the cyclical patterns we see occurring in our family’s history. We need to work hard to maintain the positive ones and work extra hard to break those cycles that prove to be destructive and not conducive toward building strong foundations. If you notice unhealthy patterns in a mans relationship with his father – ones he’s not actively making an effort toward breaking … major red flag.

Obviously, you want to make sure you have fun on a first date so if you can’t find a way to interject these questions above into your conversation in an interesting and not-so-intrusive sort of way, save them for your next date or next conversation.  The point is to get an understanding before you find yourself in love. You want to have somewhat of an answer to most of these before you invest too much time in a person you’re not going to be able to be with. That said – what are some other questions you guys have had success with early on in the courting process? What questions do you always ask of a new love interest, what questions to you wish they would ask you?

See you all sooner than later – till then …

tags: Dating Laws of Attraction love Relationships Rules of Engagement
previous Single Black Mail: Should I break up his marriage?
next Can You Love God & Sex?