Single Black Mail: Should I break up his marriage? 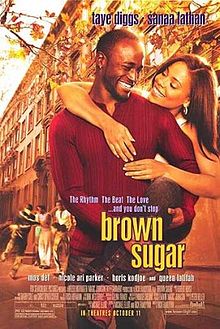 Today, we are lucky enough to have another concerned reader with a real world problem looking for guidance and assistance.  And as always, my opinion is good … but the real gold and the real advice is going to come from the comments.  All of you, what you feel, what you think, and what you believe is what this reader needs to hear.

The Situation (edited for length)

I am a SBF working in a male dominated field.  4 years ago I met a colleague at a company event (Guy A) [and] starting dating. This lasted for 2 years and during this time I became very good friends with his best friend (Guy B) who also worked for the same company. So during the course of dating we all would go to lunch and hang out together with Guy B’s S/O ect ect… Well once while out of town Guy B and I decided to take a morning walk and really started talking about our lives, love, and relationships.  Well towards the end of the 2 years, Guy A’s patterns changed and we start experiencing issues in our relationship. Guy B calls me out of the blue (we’d never spoken on the phone before) to tell me we have to talk and informs me that Guy A is married, although had been estranged from his wife for many years, but had started seeing his wife again and they planned to reconcile. Which explained the change in behavior.  So without revealing what I know I confront Guy A and ask him what is going on and he tells me.  After it ended Guy B began to call and check up on me to make sure I was ok. We would discuss work and life and anything else under the sun. We would have lunch whenever but nothing major.   Well I fell on hard times and had financial issues and Guy B just so happened to call me and I let him know what was going on. He offered to do lunch [and] he brought a check that solved my problem completely. I was very hesitant to take the check but I needed it so I did with a promissory note. Long story shorter – I am discussing the situation with my 2 of my girlfriends and one proclaims “OMG he is so in love with you”. I am thinking “WHAT? NO he is engaged now – we are just good friends”. She says “what man do you know spends a significant amount of time with an attractive woman he’s never had sex with, loans her thousands of dollars, and protects her heart?. He respects his boy and his relationship but he’s in love with you.?  Not to mention he’s helped me move, he’s fixed my car and pretty much tells me the truth in all things. The gotcha is Guy A hasn’t a CLUE.

So I ask does his bff like/love me? Is he waiting for me to break up his relationship?

For a second, I really thought someone was tricking me and sending me an alternate ending to Brown Sugar.  I was waiting for a follow-up telling me how Guy A never read your articles and Guy B could pick out quotes at anytime.  Since that didn’t happen, I’ll ignore the similarities.

See Also:  Deep into the heart of the strip club

Let me start with some quick bullet points to help you start making decisions ASAP:

The fact is … it’s obvious this guy likes you. You sound cute (I can tell by the way you type) and he obviously likes your personality.  There is no doubt in another lifetime, in another plane of existence … he might have beat.

Reality is … we are here and now. He is engaged and sounds like he loves his wife to be.  You shouldn’t and (probably) can’t convince him to leave his fiancee for a chance at you.

The really real reality is … He’s a simp.  And not just a regular simp, but a “it’s time to send the Official SBM Simp Slaying committee after him”.  He broke several codes, laws, and mandates … and we need to get him out of circulation.  Hopefully he gets married and stays married … saving his life.

SBM Familia … agreed?  Is this guy simping?  Can this women succeed in destroying this future marriage? Should she go for it? What ya think?!

previous Double Standards in Media: Psych Today, Joakim Noah, and blacktags
next 6 Questions To Ask on a First Date