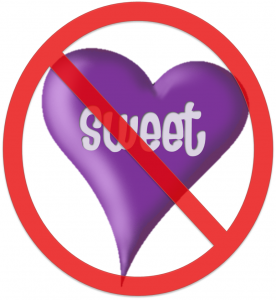 Summer in New York City is unlike any other place on Earth. The city that never sleeps gets better weather, more daylight hours, and double the events. Last weekend was no different. A plethora of events engulfed the 5 boroughs that would constitute a holiday weekend in other places. We had Hot 97 Summer Jam, First Saturdays in Brooklyn, Greek Events, Freak Events, you name it, it was here. I hit the town with my peoplez Saturday to peruse a few of these events, and enjoy a nice summer evening with my friends. Little did I know that tonight would end up becoming a lesson on communication.

One of my boys had an impromptu house party. It was impromptu, because he literally moved there 2 days prior, and “lowkey” invited a few people who were in the area to stop by while he figured out the next move. About 20 minutes later, he had about triple the amount of people he invited in the crib! This is why you can’t play pass the message with everyone. I was one of the stragglers, but never mind that. We’re all sensible people so it was a cool 10-15 minute meet n greet / pit stop to our next move.

As I was leaving the house, a young lady was bidding people farewell as they walked out the door. I saw her and bid her adieu as we were ready for our next move. As I was walking out, the following exchange ensued:

Her: I’m sorry, I just realized I’m saying bye without getting your name

Have you ever felt like you wish you could take something you said back the MINUTE you say it? It was like I saw the words in physical form leaving my mouth, and I couldn’t grab them in time before they hit the air and made noise. Homegirl actually made the “O_o” face! I was astonished.  Her reaction reminded me of one of my favorite video games:

See Also:  Is It Wrong for a Man to Suggest A Woman Lose Weight?

I looked at her face and mind you, this moment lasted like 2 seconds, I thought she was going to black out on me, but instead she calmly replied “Well my name’s not sweetheart, my name is ______, but how are you?”

Now, as my friends looked from afar, having walked up further thinking I was right behind them, they gazed upon the stoop and witnessed the exchange. They knew that a heavy conversation was about to take place. I had to leave, but the intrigue in her small, but poignant statement, made me want to continue the conversation…

Me: What’s wrong with the word sweetheart? I call my mom and sisters sweetheart all the time and they’re not offended.

Her: *Stepping outside* Let me explain why… and I won’t front this is the feminist in me coming out, but think about it like this: When you first met your boss, you didn’t call him/her “Jack” or “Kate”, you called them “Mr or Mrs so-n-so”.  I feel the same way about you calling me pet names. We don’t really know each other like that, y’know?

Me: I feel you. I use those phrases as terms of endearment and didn’t mean no disrespect.  *daps and runs to friends before she can ask follow-up questions*

Now, I had an idea where she was going with her “My name’s not sweetheart” dialogue, but I was interested to see how she articulated her point. I’ve seen a lot of discussion on the net recently regarding women and what they want to be called. There’s been a few articles on calling women “females” and how more women than I thought had an issue with that phrase.

See Also:  Is it Ok for Committed Men to LIKE Other Women?

As I reflected on that conversation, it made me think about the power of words and how I wield said power. I think back to all the women whom I bestow pet names, whether I know them or not. Sweetheart is a phrase I use often, and usually, when I feel comfortable with a person, I’ll call them something other than their name. I mean, with my close guys friends I’ll say my dude, my G, fam, son, dun, and any other slang term known to man. They never get offended. They never say I’m calling them out their name. Whether I know them or not, doesn’t seem to be a factor, so why would women be upset at the same treatment?

Then I thought about the WAYS in which terms like sweetheart are used.  I tried to look at it from her eyes, and if I was a woman, I might be upset if a random guy called me “baby” or “sweetheart”. Those type of pet names are used for little girls as much as they are used for grown women, and that might be seen as a put down. I might feel like a man was trying to demean or control me, to “put me in my place and keep me there”, by using a potentially sexist remark, and I might want to address it. So I definitely get that side of the argument.

You also have to take into consideration the sensitivity level of the woman. There are some women who Kanye Shrug at any pet names because they don’t affect them in that manner. They see it for what it is and cosign. There are other women who will tear you to shreds if you use call them a chick, broad, toots, or any name other than their own. This is why sensitivity training is so clutch for any place of employment.

See Also:  You Can’t Always Save the Damsel

Finally, not all female opposition to pet names should be shrugged off as “Feminism” either. Some dudes look at feminist beliefs at extremes and don’t really grasp the entirety of the ideology. Sometimes, women just don’t want to be called anything but their names!

When I use pet names, I don’t mean it as a put down. It has and always been a term of endearment. I hate that I have to walk on eggshells at times talking to people, and being prejudged for the terms I use, especially when I mean well. However, situations like the weekend showed me that my perception of affection could be another’s perception of disrespect.

P.S – Single Black Male is a finalist in 5 categories in the Black Weblog Awards this year thanks to your nominations! We need your help one more time! Please vote for us in the finals for Best Blog Design, Best Blog Post Series, Best Sex & Relationship Blog, Best Group Blog, and Blog of the Year. Make sure you use a valid email address otherwise it won’t count. Click here to make it happen.

tags: communication feminism perception vs reality pet names U.N.I.T.Y
previous Why is the Black Girl A H*e and not the White Girl?
next Your baby's daddy name DOES NOT need to live on