Ten Reasons to Hate Being Skinny 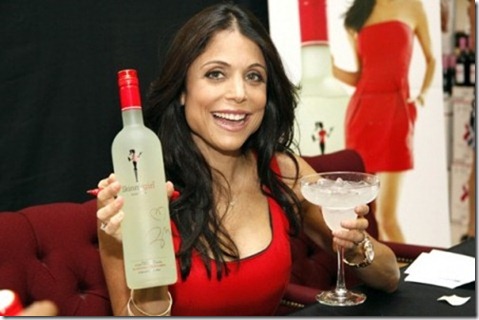 From the author of Naturally Thin, a drink for Skinny people. Please pass me some Henny, sorry, White Remy, must watch my weight.

My favorite comedians are the ones who are “equal opportunity” comics.  You know who they are; they are racists towards both whites and blacks, sexists towards both women and men, prejudiced against gays and straights.  Life is funny and beautiful and I just think that if you dish it out then you should be able to take it.  Not everybody can deal with this though, those people would rather you not tell jokes about anyone.  That’s fine, life is funny to me, there needs to be some jokes.  I believe in God and the sanctity of church, but I think, “How come she’s a virgin if Jesus had brothers and sisters?” is funny as hell.  I recently finished writing a standup titled, “I got dirt on Jesus” and amongst other things outside of Jesus, the entire premise is that although people will say you can’t say that, you can if it’s funny enough.  Anyway, there’s a certain part where I said, “I don’t know how to take gay people in the workplace, I can only f*ck with them on the side, pause, and no that don’t mean no disrespect, but they are like queens on the chessboard, they can do whatever they want because people are scared to say anything back to them.  I watched a gay dude call a black lady a ‘b*tch’ at work and she went deaf mute, couldn’t muster a comeback for nothing.  I was like, ‘now you see why I don’t work on that n*gga’s team.’”

Anyway, in the spirit of equal opportunity comedy and just to speak to the irony of life, I compiled the following list of Reasons to Hate Being Skinny.  You don’t see a list of these too often;

1.       People always ask you if you’re hungry – Actually I am.  If you know anything about me, you know that I love chicken.  Chicken and waffles for breakfast, chicken wings for lunch and mozzarella stuffed chicken for dinner, could be an everyday thing for me.  I have a high metabolism, but I am not starving myself.

2.       People always want to feed you – This leads to me having to try just about anybody’s cooking.  People feel the need to fatten you up.  It sucks because you want to explain that you are trying to pace yourself through life.  A lot of people try and get to their target weight in life too early.  Your metabolism has a whole lifetime to slow down, don’t rush it by putting on unnatural weight due to overeating.

See Also:  Is He Really Over His Ex?

4.       You’re expected to be good athletically – Let me tell you something, I’m not running anywhere of long distance.  I’m not running a 10K, half marathon or marathon.  I’ll run for the bus, some p*ssy, and maybe some chicken but outside of that, don’t look at me like I could run a marathon.  Or, that I’m somehow good at other unrelated sports.  I’m not all that good in basketball, I’m only fast because I’ve been running from bullies my whole life, and my size has nothing to do with why I’m good at baseball; skinny people do just as good as the overweight people. 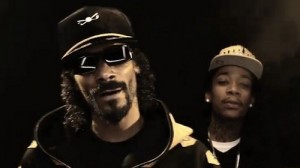 You know how hard it is for a smoker to run a city block?!

5.       People assume you can always find your size – This is a very frustrating one; first off sometimes it’s just hard for people of my kind to find something that fits.  We can have long legs which complicates things because tall slacks might also have wide waists.  Tell me the last time you saw a size 29×36 at Old Navy.  Don’t worry I’ll wait.  And the other problem is everybody trying to squeeze their behind into something smaller than what they normally wear.  Women can speak to this more, but they’ll be trying on a size 2 at Bebe and the joint is either not available, or it’s stretched out because somebody who actually wears an 8 has been shopping at Forever 21 (even though they’re 30) and they’re convinced that they are a 2 when they’re really an 8.

6.       Windy days suck – Wind is the most frustrating thing on the planet to me.  Walking in the wind slows me down and pisses me off.  You might be a Christian, but you’ll cuss out God a few times on one of those days when it seems like the wind won’t stop blowing.  I had a friend who did the long jump in high school, at one of his track meets he jumped off the board and went wide left on the sandbox because of some gusty wind.  #effinridiculous

7.       Jokes are always on you – There is no shortage of skinny jokes in the world.  People can hoo-ride you for a whole semester on the school bus.  Nothing you can do about it either.  You just have to take it.  This one of those points that doesn’t go both ways.  I mean, in private of course you can make jokes about the opposition, but publicly … you’ll be judged.  However, for skinny people you can get roasted in public for being skinny and nobody will say sh*t.  I gave this some thought too and I can honestly say that I’ve never heard someone say, “it’s not nice to make fun of someone because of their weight” – when the joke was on me.

8.       You have “no problems” in life – If you have a problem in life, people will always tell you, “everything is fine, you’re attractive and thin”.  Excuse me, since when did being skinny and/or attractive mean that I can’t have problems in my life?  Is being skinny going to bring back my Uncle Charles, dog?  Does being skinny mean that I’m not frustrated at work because of my racist manager or the loud talker on my team who likes to argue?  Or do you mean that I’m automatically absolved of hard work because in the end, everything will work out just fine?

9.       Some people (of the opposite sex) just don’t like you at all – The thing is, when you hear people talk about who they are attracted to you’re likely to hear, “I like my men with a little meat on their body.”  You’ll never hear someone say, “I like my men with no meat at all on their bones.”  Actually, that’s not all the way true, I’ve met a small subset of aborigines who like skinny guys.  But it’s just not all that common.

10.   People always comparing you to some celebrity – I get compared to every skinny black man in entertainment.  But I’ll tell you one thing, you’ve never heard of anybody being told, “You know, you look like Oprah.”  Can you imagine that?  A chick can get knocked the eff out for something like that.  But for like two years straight people would tell me, “You remind me of someone, I just can’t put my finger on it … DAVE CHAPPELLE!”  I’m like, the reason you can’t put your finger on it is because I don’t remind you of sh*t.  I guess all skinny people look alike, my situation is especially worse because I’m Black too.

I’m fully expecting this to be completely roasted in the comments section today.  I’m prepared for it.  But I bet you’ll prove every point that I made here true by doing that.  My sincere point is, that it’s kind of ironic that people choose sides and make one, OK and the other, Wrong.  A perfect analogy would be calling Republicans, “racist” and them not having the right to say that Democrats, “don’t have the ability to stand up for what they believe in.”  It’s not always as easy as people think when you’re skinny.  Not all pretty people are dumb.  Not all tall people can play basketball.  Not all Asians are smart in math, (I actually tutored one for the SAT, how crazy is that?).  And I think I said this before, but people find accents to be “sexy,” some women will say, “you only like her because she has an accent.”  They won’t be around for how many jokes she gets about not being able to speak English correctly, they only see it one way.  Think about all of this the next time someone cracks a joke around you.

More Information on #SkinnyGuySwag, by Dr. J & DJ Todd, stream above or download here: 1. Live This Life by Big Sean & The-Dream, 2. Boom by Snoop Dogg & T-Pain, 3. Out Of My Head by Lupe & Trey Songz, 4. You Be Killin Em by Fabolous, 5. Roll Up by Wiz Khalifa, 6. Click Clack Away by Diggy Simmons & Bruno Mars