Home Featured The Five Relationships You Have Before You Find the One
Featured
Relationships
August 15, 2011 The Mighty Most 207

The Five Relationships You Have Before You Find the One 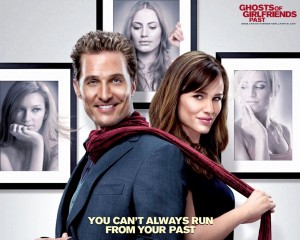 Behind every married man or woman there usually can be found a number of men and women who, at some point, thought they might be the one but were lost along the way. We rarely talk about these relationships, these stepping stones to the altar because ultimately, marriage is the holy grail of relationships; once one hits that pinnacle, everything that came before seems to pale in comparison. But those relationships deserve better because without them there’s a good chance we’d never have been able to recognize the real thing when we found it. Over the years, I’ve noticed that of all the different iterations of romantic relationships five stand out as the ones we have before we settle down. In today’s post I want to identify each and discuss why they’re important.

Have you ever been addicted to another human being? Ever had someone who you could not bring yourself to not be around regardless of how healthy or unhealthy being around that person might be. Sometimes, the chemistry between you and another person mixes in such a way that it just seems impossible to separate yourself from that person. The weird part is that you might not even be particularly attracted to them, you might not be that fond of their personality and they might not even be that great in bed – still though – you can’t seem to get away.  I’ve been in an addictive relationship before. The kind where you keep going back to each other despite your relationship status – I’m glad I experienced it before getting married. The addictive relationship is important because it’s a reminder that you are human. It’s a reminder that you’re capable of inexplicable attraction and that feeling has you trippin, nose wide open… it’s your addiction and the only way to break it is to avoid it.

See Also:  Why Love Isn't the Ultimate Requirement for Marriage

4. Rolling In The Deep

We all like to say that we have no regrets in life. We pretend that we wouldn’t change anything that’s happened to us because doing so would prevent us from becoming the person we are today. I hear all that and that sounds nice, but I’m pretty sure I would have turned out alright even if I took back a one or two previous relationships.  If there’s not a person in your life that you wish you never fell for there’s a good chance that you’re the person someone wishes they never fell for. I know that for one person on this Earth I’m the person she wishes she never fell for. I’ve promised myself I’ll never write a post about her, but what I will say is that from that relationship I learned that it’s completely possible to love someone who doesn’t love you and will never love you. Loving someone that doesn’t love you is the most impossibly pointless endeavor anyone can ever find themselves sucked into and usually, when you finally pull yourself away you realize that you learned nothing, gained nothing, and lost – for a time – everything.  When the scars of your love remind you of the fact that you could have had it all, and didn’t, you’ll probably wish you’d never had met that person.

It’s completely possible to marry ‘the best you’ve ever had’ but most likely you won’t. This is something that a lot of people will never admit to, but for most of us there’s one person who will always have the only key to unlocking certain carnal sides of our nature. These are the parts of our bedroom personalities that we never knew existed till we found ourselves letting them loose with that one person. It could be a number of things, I’m not going to get to listing them here, but let your imagination run for a little bit. Think about that thing you did that time that you never thought you’d do, but also know you’ll never do with the person you marry. Some things are just in the DNA of some relationships and other things are not. When the DNA of a particular relationship includes the best sex you’ve ever had and ever will have, it’s hard for you to deny each other when the opportunity presents itself – but you have to I mean, when your wife calls, are you really gonna play it off like she’s your cousin Dawn?

See Also:  Why Men Don't Put in Work in Dating

It’s really common for a man and woman to develop a friendship and then have that friendship develop in to a romantic relationship. In my mind, this is actually the ideal way for a relationship to be born. But every so often, the opposite happens. You meet someone and begin dating them with the explicit understanding from jump, that the relationship is romantic in nature; but somewhere along the line you realize you guys make a terrible couple but awesome friends. If most of the time, you argue and fight, learn to make her your best friend. The thing that’s great about this relationship is that you can use that person as the prototype for your future mate. You want someone who has all of the things that make them best friend worthy, but none of the stuff that makes the two of you incompatible. Plus, they know you better than your friends know you because in attempting to date them they saw a side of you your friends never see and can share that with their friends who might be actually be perfect for you. They’ll be your biggest spokesperson consistently championing your awesomeness.

There’s something wonderfully heartbreaking about meeting a person who’s perfect for you at a time in your lives when that perfection can not be explored. In the movies, love is worth moving mountains, uprooting lives, breaking hearts and whatever other sacrifice needs to be made for the guy and girl to end up together. In real life, it ain’t that type of party. Real life is real and sometimes fate just isn’t on your side. You can’t always give up everything for love. The good thing is, these sorts of relationships can end up being beautiful when you end up finding someone who makes you just as happy. When you do, you’re left with no regrets but instead warm memories of these near-love stories that you look forward to sharing with your kids when they’re old enough to understand life’s complexities.

See Also:  What Do You Do When Your Ex Won't Stop Talking about You?

Where do you all stand? Have you had any of the above relationships? If so how have they helped you as you’ve progressed further on down the line toward settling down? Are you in one of these relationships right now? If so, please over share, we’d love to hear what you’re experiencing. Summer is still hot. SBM NYC Happy Hour coming up soon. Till then, y’all know where I am… low and firing.

previous Wrappin' It Up
next Dating the Damaged Girl