Dr. J – I woke up to take a shower for class, when I got in the bathroom, one of the other guys on my floor said, “Did you see that a plane flew into the WTC?”  My response, “Word? That mean we ain’t got class, I’ll holla.”  And I went back to my room and went to sleep.  After laying there for a few minutes, I decided to go into the hall lounge and see what was going on.  I thought that the people in the lounge were watching an old movie, or a clip from a previous WTC bombing.  (I’ll admit, I never saw any coverage of the first bombing at WTC because I lived in DC.)  It was almost 9:45 when I realized that this was actually happening … and about ten minutes later, the South Tower collapsed.

Streetz – At Hofstra, I had a view of the Twin towers from my dorm. Used to look at it every morning before leaving my room. I remember that day being late for class, woke up at around 9:30 looked out the window and seeing the towers smoking. I remember looking at it like “some idiot probably ran a helicopter into a tower, or set off a fire” and went to class. Got to class and all was normal, until someone said “I heard a plane hit the World Trade Center” we all looked at her like she was crazy. It wasnt until another late woman to class came in the door and said “One of the WTC towers just fell, and they think the capitals under attack! We looked at each other, packed up and Headed for the Student center! We get to the Student Center and they set up a TV, and the news read “Both World Trade Towers have fallen”. We were in complete shock. I’ve never felt more shook in my life. phones were out of commission. We didn’t know what to think. The worst part was we all had friends and fam that worked in Manhattan. We didnt know who was safe and who wasnt. Remember, no Twitter or Facebook and the net wasnt what it was in 2001. Info was scarce.  New York City, we are 10 years stronger and better than that day. We will NEVER be defeated! Greatest city in the WORLD! God Bless NYC, PA, DC, the 2,977 souls lost, the countless others who were unidentified, and God Bless AMERICA!

SBM – I was in undergrad at University of Maryland and woke up for my late morning class.  I sat there watching the TV and skipping my first class that day. I tried to get up and leave for my afternoon one, but images of my campus being the 3rd attack site let me make it halfway before turning back.  I spent the rest of the day calling & texting all my family in New York and trying to make sense of it all.

Dr. J – I really don’t have a lot of things to look forward with my Niners.  Crabtree didn’t accept Alex Smith’s invite to work out during the offseason, and we’ve got two rookies on the OL.  I’m excited to see our defense get back to being a Top 5 defense in the league.  But that’s really on the plate of Alex Smith, who’s got to do his part to control the T.O.P. (Time of possession.)  Other observations include; Peyton Manning is not only the MVP, but he’s the Colts organization.  He’s being quoted at worth $300 million to the organization.

Streetz – The entire Giants team seems to be hurt. We have more uncertainty than I can handle. We need to get off to a good start. This is a big year for Tom Coughlin and Eli. Tom can’t get by with mediocrity anymore. Eli’s being challenged on his QB acumen, so he needs to have a strong year too. I think they’ll be 10-6. If that’s enough to make the playoffs, IDK.

See Also:  Because You Been Drinking...

SBM – Hail to the Redskins … that’s all 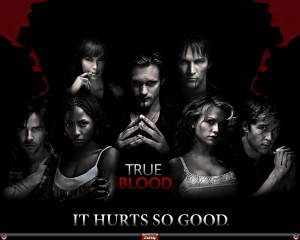 Streetz – As always, I’ll have the wrap-up for the show on Streetztalk. This has been a great season and I can’t wait for the finale. Marnie is going for blood, and I think no one is safe! As always there will be death, blood, and cliffhangers. I just hope that fairy sh*t doesn’t interfere with the story too much. Check HERE for my review of last weeks episode and the set-up for tonight.

SBM – I never watched a full (or even half) an episode.  Vampires n sh* … right? 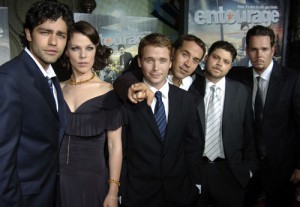 Dr. J – I’ll admit, I’m not ready for Entourage to go off the air.  I didn’t start watching the show until maybe the 4th season, but I’ve been a fan since then.  I’ve always made the observation of the differences in Vince, E and Ari.  I will say that all the way up until this season all I ever wanted in life was to be Ari.  But after this season, I’m back to – “Only afraid of two things God and marriage.”

Streetz – E got a bomb dropped on him last episode. Vinny Chase seems to be cool. Turtle had the biggest come-up possibly in Entourage history. Many a tear will be shed when this show goes off the air. Whether they have a movie, this needs to just end right. I’m hoping it isn’t like Sopranos. Ari Gold is the best character on this show. I hope he ends up with Dana, because his wife is corny! Sloan is also the  hottest woman in Entourage ever. Challenge me!!

SBM – Grad school and HBO don’t mix, but I’m mad to see the show go. I’m about 2 seasons behind. Turtle still with that chick from Sopranos?

With this special Sunday edition of SingleBlackMale.org we ask: Where were you during 9/11/2001? What are your early NFL observations?  Are excited about True Blood tonight?  And what are your favorite memories of Entourage?

Its not too late!! Join the SBM NFL Pickem League. In short, you made picks every week about who will win and lose games for that week in the NFL. When you win you gain points. Play against your fellow readers and SBM Bloggers and compete for the throne. Join here:http://football.fantasysports.yahoo.com/pickem Group ID: 62205 PW: sbmdotorg

tags: Random
previous Cuffing Season Part 1: Songs and Albums to Get You Through Cold Winter Nights
next Lesson Learned At The End Of The Affair