Home About Me Lesson Learned At The End Of The Affair
About Me
Dating
Featured
Public Service Announcement
September 12, 2011 The Mighty Most 156

Lesson Learned At The End Of The Affair 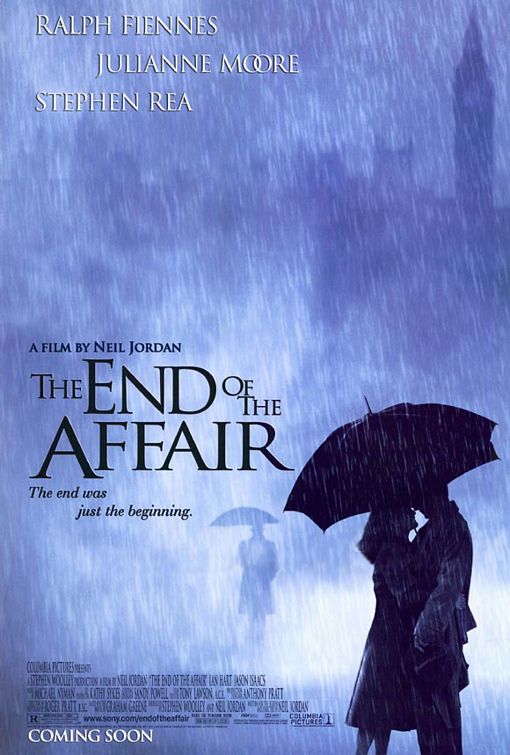 We’d met three years prior on a day trip organized by a mutual friend. On that day we left behind whatever was going on in our real lives and let ourselves be baptismically immersed in the innocent flirtations our attraction forced us to face. An hour or so into the ride home, I put my arm around her as she nestled into the sweet spot between my shoulder and chest and we drifted off to sleep. It’s amazing how intimate the simple act of falling asleep with someone can be; you wake up feeling closer and more connected to them, as if you’d spent the last few hours dancing together through decades in Inception-like dreams. But we woke up and the waking reality of where we were at that point in our lives paled in comparison to the magic we’d captured in that other world. We talked for a month or two after the trip but it just wasn’t the same.

Have you ever had one of these experiences where you spend a few hours or days of perfection with a person someplace outside of your real, daily life? Did you try to maintain the relationship after? How did it work out? In my experience, these sorts of relationships rarely succeed. Relationships work better when they are founded against the backdrop of your typical, everyday circumstances. What do you think?

Three years later after reconnecting through the same mutual friend, we’re laying in bed, my arm is around her, and she’s back in her sweet spot. We’d spent the prior month or so doing the things two people who think they’re falling for each other do. Going out on dates, talking on the phone till the wee hours of the morning, playing the “hang up on the count of 3” game only to laugh hysterically when we get to 3 and neither of us hangs up. You know, all of that corny stuff that feels special and worthwhile at the time. And then we made love and it was good … really good. Now we’re seeing each other. There were no “so what are we” conversations but both of our intentions seemed clear. Everything was moving along quite nicely when three years after initially meeting one another, two months after reconnecting, and one month after having begun sleeping together, I was caught a little off guard when while laying in bed she looked up at me and said “I don’t know how to say this so I’m just going to be real … I have a boyfriend.” She proceeded to tell me how she’d been with dude for about a year and a half but also how the relationship had been dying a slow death for the last six months. She told me about how poorly he’d treated her and how she’d wanted to leave but couldn’t muster the courage. I sat there silently digesting all she said realizing that as each of her words passed we grew closer to the inevitable end of our affair. Her selfishness didn’t anger me and I wasn’t the least bit bothered that she’d made me an unwitting accomplice to her infidelity. My disappointment lay in the fact that her actions put a definitive expiration date on something I’d hoped would be indefinite.

See Also:  10 Things Insecure Men Do That We All Hate

When she finished pouring out her heart, she looked up at me and asked “so, what do you think I should do?” I knew what she wanted me to say. In her mind, I was supposed to tell her that she should leave him and be with me, that I cared for her, and that I wanted her for myself. I said no such thing. “I think you should go back to him,” I told her. I told her that she needs to go back to him and figure out what she wanted or what she didn’t want out of their relationship – irrespective of me. I told her that our relationship, at this point, had very little chance of success because all of her feeling for me were comparative and not intrinsic. She liked me because I was not him – and while that’s fun for now, it’s not a strong enough foundation to build a lasting relationship upon. I told her that her leaving him for me would put too much pressure on our relationship, making it impossible for it to grow naturally … organically; she’d always be comparing what she has to what she left. She tried her best to convince me that her feelings for me were “real” and not based on how I compared to him but I was unmoved.

Have you ever left one person for someone else? How did that the two relationships compare? Would you describe the second one as successful? Also, how do we feel about the idea of “taking” someone’s girl/guy. Does the mistreatment of your love interest by their significant other justify you snatching them away? Is that the act of a hero or a nave?

We cut off all communication with each other for awhile to give her time to sort through all of her emotions. As you might have guessed, two weeks later they were broken up and she was once again searching for her sweet spot with me. When she came back, she listed for me all the reasons why they broke up. She did her best to make it clear to me that she was totally over him and over the relationship and she even told me that them breaking up didn’t necessarily mean her and I would get together. She said all of the right things and we slowly settled back into seeing each other. I liked her a lot and I loved spending time with her, but despite all this, something just didn’t seem right. The emotional freedom that existed at the beginning of our affair was gone, replaced by a barely noticeable but inescapable sense of impending doom. Prior to her revelation, we’d never argued and now we’d find ourselves in awkward little tiffs. We’d never grow tired of each other’s company and now we were beginning to annoy each other.

The boiling point came one evening after a particularly uninspired round of togetherness. Laying there, I told her that I didn’t think we were going to work. That it was probably best if we ended it here before the annoyance and discontent permeating our relationship grew into hatred and loathing. She didn’t take this so well (it was here that I learned that breaking up right after sex is not such a good idea). We argued. Really, she argued. She fought for us. First telling me that she would not let me give up on “us” so easily; that she would not let me run from my feelings. It took almost an hour to show her that she didn’t really believe that was the case. Then her hurt turned to anger as she accused me of using her, of taking what I wanted from her without ever giving her anything in return, but she didn’t believe that either. Finally, her brain too tired to hide what she really felt, from the overflow of heart came the truth: “I just feel like … I left him for you, and now you’re leaving me.” She realized what her words meant as soon as she said them. The tears dried and she began to calm. It was then that she came to know what I already knew: it would never have worked. Relationships are fragile and romance is delicate. Everything counts – from when you meet to how you meet to why you meet – it’s all important. All the pieces matter. We learned this together … at the end of our affair.

What do you guys think? Did I do the right thing in ending things? Should I have given the relationship more of an opportunity to flourish? Have you ever been in a similar situation? Ever been intimate with someone only to find out they had a boyfriend or girlfriend? What lessons have you learned as the result of failed relationships?

Allow me to reintroduce myself…

Lastly, a small matter of personal branding. Those of you who’ve been reading me for awhile have come to know me as TheMostInterestingManInTheWorld. Well, as new opportunities present themselves, it’s time to start going by the government. Yes, I’m officially retiring the moniker “TheMostInterestingManInTheWorld.” Feel free to continue to call me “Most” if you like, it’s more a formal change than anything. Thanks!

previous SBM remembers 9/11, Football is back, True Blood season finale and Entourage ends
next 5 Things Every Man Should Have in His Closet this Fall