By its nature, rap music is direct and to the point. Never in the history of recorded music has a genre sprouted up that allowed its artists to speak so concisely their feelings and emotions. This is one of the many reasons why I love rap. While its directness allows rappers the liberty to be forthright about their experiences, it also creates a great deal of abrasiveness and raw, unkempt emotion. That raw emotion can sometimes make certain subject matters difficult to feel when expressed through this music. The smooth subtitles necessary to capture the mood and spirit of a love song are difficult to encapsulate when you’re talking in rhyme over a beat. To put it plainly, love songs in rap music are rare and great love songs in rap music are even more rare. Today I’m collaborating with one of my favorite bloggers Reecie, who writes The Soundtrack Of My Life to discuss our mutual love for Hip-Hop love songs, and to put you on to some of our favorites.

For me, one of the most important aspects of love music in Hip-Hop is production. Production in Hip-Hop is always important but with love songs, it’s particularly imperative. There’s a sweet spot that needs to be found where the song is not too soft to be considered something other than Hip-Hop but also not too tough and abrasive to spoil the mood. If the production is too soft you end up with a song like Fab’s “So Into You” and if it’s too rough you end up with Tupac’s “Me and my Girlfriend” – both decent songs, but both fall just short of what you need a hip-hop love song to be.

Hooks or choruses aren’t always necessary in Hip-Hop. It’s one of the things that makes the genre special. But with Hip-Hop love songs, a good hook and/or chorus is essential. You need to be able to kick back and vibe to the song and having a solid chorus or hook goes a long way toward that. Imagine a song like Diddy’s “Satisfy You” if it didn’t have that classic hook? The hook is everything. Also, the hook reminds you that this isn’t poetry or some other form of artistic expression, we’re listening to music, we should be able to enjoy it and sing along.

Lyrics
Lyrics are everything! In the case of Hip-Hop love songs, storytelling and vulnerability particularly important. One of the things that separates the best Hip-Hop artists from the rest is their ability to tell a great story.  For me, that is also what drew me into a couple of my favorite songs mentioned in this post. Lyricism isn’t about how you say it (flow) it’s about what you say. While love songs of the pop and R&B variety don’t necessarily have to convey a tale, a Hip-Hop love songs that give us full blown stories add a new layer and dimension to love music that is impossible explore in other genres of music.

While I am cognizant of the contradictions a female hip hop head faces, my girly girl romantic side lives for heart felt expressions of love. Even the most grimey goon has the ability to reflect upon love for his woman in his own special way. When the two are married in a song–perhaps a hard core beat with tender lyrics, it’s magic to my ears. It’s not always about “throwing it in the bag” or “beating it up” sometimes you need to articulate those feelings felt in the quiet moments when we are just hanging out, or the adoration exemplified in why you chose the woman you did. These are the moments captured by the perfect Hip-Hop love song.

Now that we’ve laid the foundation and figured out what it takes to create the perfect Hip-Hop Love song, let’s look at some examples.

Reecie’s favorites (it was hard for me to pick 5 and Most stole some of mine lol):

5. Me & My Bitch ~ Notorious B.I.G.
This song begins with probably some of the most pauseworthy lyrics ever in hip hop, but Mr. Wallace used that metaphor to describe his insurmountable affinity for his woman. And then there’s the b-word. I have no problem with his usage but I know it’s not everyone’s cup of tea. This hood tale speaks on the highs and lows of a ghetto love affair. I loved this song after my very first listen, especially when BIG said “then we lie together/cry together/I swear to God I hope we f*ckin die together” What can I say, I’m an urban youth. This is not my idea of romance, this is some hood sh*t. I still love it–even though several aspects of the song epitomize that inner conflict I explained above.

4. Come Close ~ Common ft. Mary J. Blige
Common is the romantic of my generation’s rappers. Conscious lyrics, bravado, consistent in his thoughtful songs for women, Common always gives us something worthwhile. This one happens to be a favorite because it features the incredible Mary J. Blige (my favorite R&B singer) and when I think of it I automatically envision the wonderful music video that goes with it.  Don’t we all want a man who tells us: “I see the God in you” or, ‘I’m tired of the fast lane, I want you to have my last name.” *swoons for freckled faced fine a$$ Lonnie Rashid Lynn* what’s not to love?!?!?!

3. Renee (ghetto princess remix) ~  Lost Boyz
More storytelling. In addition to being partial to the name Renee, I loved Lost Boyz (my blog’s web address pays homage) and Mr. Cheekz told a great tale of meeting a woman, their courtship, and also losing that love, tragically.

2. Soon You’ll Understand ~ Jay -Z
This song touches on a few things, but the first two verses are what I identify with in terms of this post. I call this the unrequited love song. I think most women can relate to having deep feelings for someone that wants to take it there with you but just won’t, for whatever reason. “You see how I am around girls/I ruin them all…” Then the second verse has the most poignant line: “but I’m young/and I aint ready/this ain’t easy…” these lines have actually been told to me before–what can I say, we were both huge Hov fans. Even knowing it was a quote from a song didn’t make it hurt any less. “I ain’t ready to be what you want me to be/and because I love you/I want you to leave. Please.” *deep sigh* 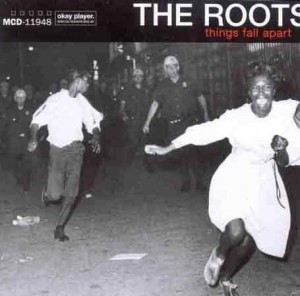 1. You Got Me ~ The Roots ft. Erykah Badu
Now I know some may prefer the Jill Scott version. Whatever. I actually adore the live rocked out version from Dave Chappelle’s Block Party that has both singers featured. But for purposes of the post I’m sticking with the radio single. Black Thought is one of my favorite rappers. He has the ability to discuss various subject matters and spit BARS. Relationships are no exception and this is one of the very best from The Legendary Roots Crew.

This, one of Lupe’s standout tracks from his debut album – Food & Liquor combines all the elements necessary to create a dope Hip-Hop love song. He carries us seamlessly through his initial interaction with a woman to the moment their mutual attraction is consummated. The hook is on point, worthy of singing along too without being too basic or soft, and the production is stellar. All around great track – my favorite from this album.

See Also:  Four Reasons Why I Can't Stand Folks Who Don't Root For The Home Team

Common and Dilla knocked it out of the park with this joint. From the Bobby Caldwell sample to Common’s microphone perfection, this is an almost perfect song. What I love about it is how only Common can say stuff like “it don’t take a whole day to recognize sunshine” and without sounding soft of pandering.

3. DMX – How’s It Going Down
Remember that summer when this came out. Wow. X had given us a string of super hard, rob you, kill you type joints, from Get At Me Dog, to Stop Bein Greedy. Then he threw us all of when he dropped “How’s It Going Down;” single-handedly bringing back the classic Reebok  “5411’s.” On this joint, X showed both the beauty and complexity of love in the hood.

What can we say about this track. Everything you could ever want in a Hip-Hop love song is found in this joint. It’s endearing, it’s hood, it has a great lyrics and a great chorus and most importantly, you feel it. This joint is the standard by which all Hip-Hop love songs are measured.

1. Song Cry – Jay-Z
Quite possibly the most introspective joint we’ve ever heard from the homey Hov, “Song Cry” is an anthem. What makes this song so amazing is that he was able to make male hypocrisy seem reasonable and logical. Only Jay can say something like “I was just f*ckin them girls I was gon get right back,” and “I know they way a n*gga living was wack, but you don’t get a n*gga back like that,” and make it all sound so perfectly acceptable. You almost feel like she really is in the wrong. Men and women alike love this song, Hov wrote our lives with this one.