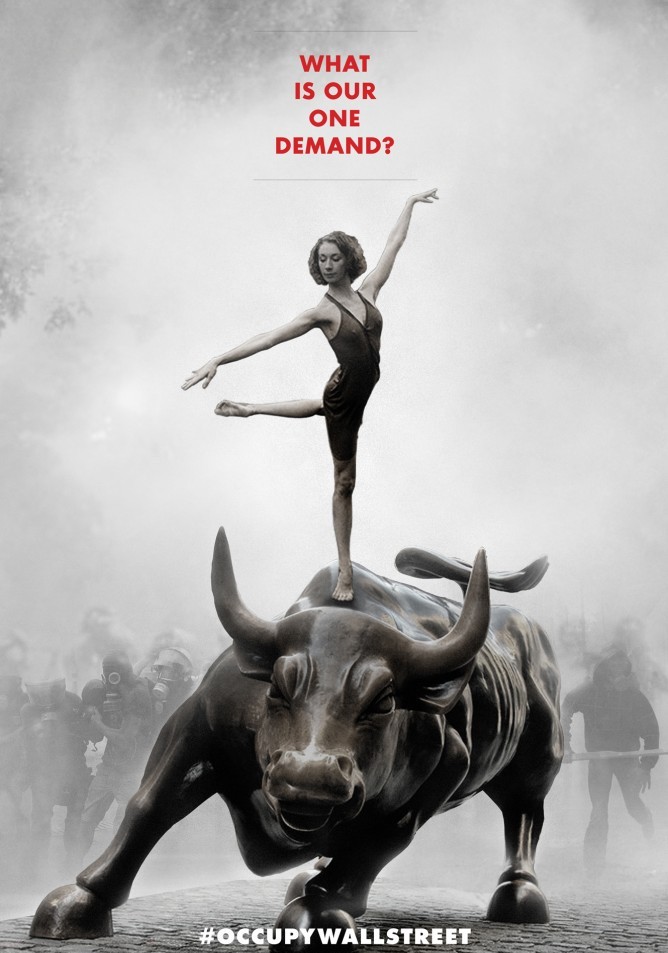 To the thousands around the country who have decided to Occupy, Black America responds saying, “Welcome to the party.”  For those of you who have seen from afar, but not had the time to actually figure out what Occupy Wall Street or DC is all about, here’s a brief synopsis: American citizens are fed up with lobbying.  The fact that money drives legislation and governance in this country has reached the point of civil unrest.  And again, Black America responds saying, “Welcome to the party.”

Crime against humanity affects us all, injustice affects us all, but you don’t get the feeling that you have to do anything about it until it affects you.  And while we’ll stand with you, we feel the need to let you know a few things:

Uncle Sam?  Oh that boy good – Our country has tried for years to implement capitalism and then regulate it.  The corporate world has done exactly what we’ve made it to do, it’s adapted to its environment to increase shareholder value.  But that’s the American way, exploit a resource and drain it until there is little to nothing left.  Never forget this country was one of the last to abolish slavery, and regardless of what Capitol Hill says, we are not interested in a path to citizenship because modern day slavery is real in our country.  Paying someone less than the cost of living is no different than providing the Negro slave room and board on a plantation.  While, many Black Americans won’t thank Reagan for how his economics aided in the benefits that the middle class enjoys today, we are in UNISON that Reaganomics was a smoke and mirrors approach to broadening the gap between the rich and the poor in America.  He simply took a few people from poor to middle class, appeased that middle class and while they were happy with their piece of the American pie; he was White Moses– rounding up the rich and taking them to the Promised Land of tax shelters and corporate deregulation.  And when they settled in, they pulled the chair out from under America, taking our;

We’ve long known this country was inherently flawed – It may not seem evident to you, but we’ve known that there was a problem for some time.  Forgive my garish wording, but Black folks have been causing hell since we got here because we knew something wasn’t right.  They want us here, but they don’t want us here.  But let me tell you something, if you’re not working for them… in a f*cked up situation, then as far they’re concerned, you can go back to whichever hole you came from.  Hello White America, but the fact of the matter is that White American males face an unemployment rate under 8%, while Black American males face an unemployment rate well over 16%.  Currently, 40% of Black children in America are born into poverty. Occupy Wall Street is asking that something be done for the American citizens who have been hurt during this time of recession; you’ve lost homes and jobs and my prayers go out to you and yours, but please understand: Black America has been in a recession since desegregation. We own less land, our unemployment rates continue to rise and our children continue to grow up impoverished. We’re happy you all have picked this battle as the point to start fighting, but this for us has been a war, a long, arduous, debilitating war.

If we stand with you now, then you must stand with us forever – Black America will be there with you, every step of the way.  The Reverand Doctor Martin Luther King, Jr. teaches us, “Injustice anywhere is a threat to justice everywhere. We are caught in an inescapable network of mutuality, tied in a single garment of destiny. Whatever affects one directly, affects all indirectly.”  So don’t go back in your homes once you receive your relief.  It’s time we fix this whole Matrix.  So when they roll out a plan to help the American citizens get back on their feet, then I am calling for all to be there when we address the disparity in the unemployment rate, poverty lines, and literacy rates.  I’m sorry but something in me just doesn’t vibe well with standing with a man to my left with $200,000 in college debt upset that he can’t find work after making millions on Wall Street for the last ten years, and to my right a brother with no college degree, looking for a good ass job.

Many incorrectly assess this country; it is not a democracy, it’s a republic.  None of us are seeing a fair shake on Capitol Hill.  Our elected officials are not representing us, they are representing the people who put the money in their pocket.  When the American Negro was shackled and deprived of its freedom, “our” country sided with the plantation owners, the taxpayers, those who “put money in their pocket.”  I’m happy we’ve got more support, and we shouldn’t stop until we’ve got everyone on the same page.  The Africans fought to end slavery, and we did it.  Then we joined the women in gaining the right to vote, when we ourselves had the right, but faced disenfranchising legislation that hindered us from exercising our rights.  Oh… but we came back in the 4th quarter and got ours along with desegregating this country.  The descendants of those same Africans stand with the Lesbian, Gay, Bisexual and Transgendered community, and whether they agree or not, we stand in unison asking that civil rights be afforded to them as well.  Therefore, welcome to the new people that we’ve added to the revolution, Martin would be happy to see what we’ve become.

See Also:  Your Man is Gay, Now What?