SingleBlackMale.org Reacts to The McDonald’s Incident 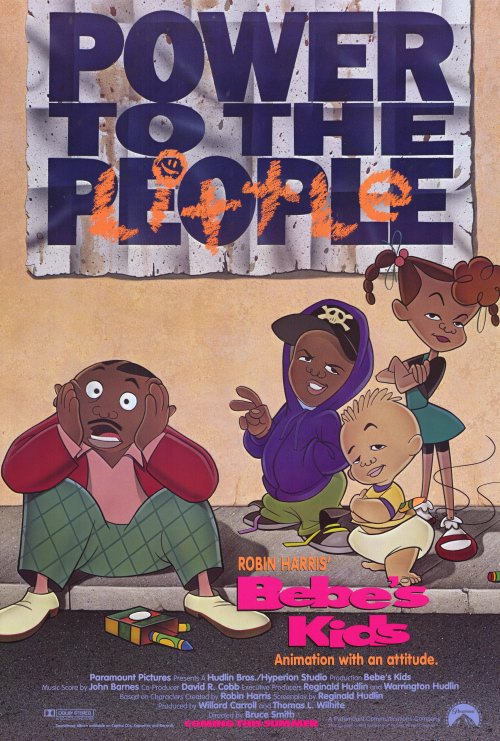 Somewhere in America last night there was a store owner or a cashier who was the victim of a robbery.  It happens every night in America.  A person walks into an establishment and appears to make a purchase and instead ends up putting a gun in the face of the cashier and asking him to fork over the money in the cash register.  As a reaction, stores are forced to sometimes keep a weapon behind the counter because you never know when that night is going to be.  When you watch this Youtube video ask yourself, what if those two girls after assaulting a cashier at McDonald’s went behind the counter and proceeded to assault the cashier and rob the register?  The situation would have been on Youtube, but it would have been completely different.  I struggle to come up with answers for people behind the counter except to strike back.  After viewing the video, I thought to myself, “He may have gone too far, but you never know … and these kids have got to stop thinking they have a blank check to act out in society.”

Warning: This video is very explicit and disturbing.

If society chooses to stay the course with their current plan to empower the youth of our nation, we will fail. If you take public transportation in this country, you see it yourself.  They are modern day miscreants.  They’re not all like this, this isn’t a gross generalization of all the youth in America.  I’m talking about the ones who choose to commit crime after crime because they simply think they’ll get away with it.  They assault patrons wherever they go, they’re disrespectful, they steal, they loiter, and they knowingly break the rules because they know that there’s not much that society is willing to do about it.  Let’s be honest America, we’re afraid of our youth.  We treat our youth like they are zombies or rabid beasts, we don’t think we have any power, so we just run as far away from them as possible.

See Also:  The Conviction of Trayvon Martin and The Insignificance of Black Men in America

A few years ago, I found myself in this situation on a Metro train in DC.  A young man sitting behind me, attempted to pluck at my ear.  Standing, I felt the air whiff pass my ear, but then he tried again.  I was ready, I turned around and pushed the kid to ground as he made his move.  And right there was the child… the look in his big eyes were that of a child.  His eyes big, the fear could be seen in his eyes, I stood over him with a look of anger, I had enough.  It didn’t matter that he like many of our youth is infatuated with dressing like Lil’ Wayne, growing their hair long like Lil’ Wayne, and attempting to prove to society that they are “mobbin’” at that very moment, he was afraid because he was in fact a boy who was attempting to “play” with a man.  I looked him in the eyes and said, “Just because I have this suit on, doesn’t mean I won’t whip your ass, cut that sh*t out.”  He slid up against the wall and stood to his feet and exited the train at the next stop.  Once he exited a few other passengers applauded me and confirmed what I truly believe, “It’s about time we show these kids the consequences of their actions.”

See Also:  The Curious Case of Amber Cole and How I'd Respond Were I a Father

There’s something else in this video worth noting too.  If this had been a cashier with no prior record, he probably would have been applauded.  But once people found out that he had a record, he was headed for a night in jail.  He’s probably still there.  In the minds of the law, once a violent offender, always a violent offender.  But here’s the reality check for all those involved:

1) When you have priors, your options are limited.  Black men have to get it through their thick skulls that it’s not about what’s fair as it pertain to the penitentiary system in America.  It’s about what happens and what doesn’t happen.  Black men are brought to tears everyday because their civil rights are violated but because of a rap sheet, they have to hold their hands to their side because that would be their third strike.  Act like this is the order of business in America, there will never be a change.

2) This should apply to everyone, but you don’t ever want to go up against a man who’s been locked down for longer than a period of a month.  When you learn to fight in the schoolyard, you don’t learn what they teach you in the “yard.”  This cashier reacted the same way he would have reacted if he was on lock down.  He fought like they were coming for his life.  That never leaves a man once he goes back into society.  The United States penitentiary system conducts an exit interview with a parole board, but they never give you a referral to a shrink.

3) To the youth of America, if no one has told you this piece of advice lately, “Don’t write checks, your ass can’t cash.”  If you slap a man, prepare yourself for a fight.  Let me give you a more contemporary version of the advice, “Don’t start no ish, won’t be no ish.”  This situation went left when he picked up that pipe.  But those girls started it.  The cashier was simply trying to do his job and check to see if the $50 bill that was used at McDonald’s (I’m a grown man, and I’ve never used a $50 bill at McDonald’s), for those girls to instigate the cashier was just wrong.  Once they laid his hands on him, all bets were off.

I have a family member, she’s a few years behind me.  She acts out like these two girls in this clip.  The family always tells her, “One day, you’re going to go off on the wrong person.”  That’s what happened to these two young ladies.  Today’s lesson is about miscreants, I am aware that there are several other issues pressing for our youth, but today’s lesson is about miscreants.  I would ask that anyone who considers themselves an adult, not a role model or parent, but I would have to insist that you say something and show our youth that we will not live in fear.  I refuse to be a prisoner in my own home because I’m scared of the youth in our country.  It takes a community to raise a child and in many ways we’re neglecting our responsibilities, it’s time to step up.