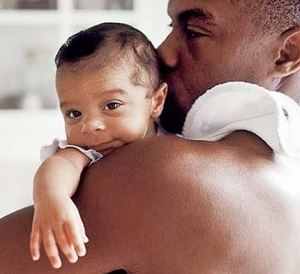 1. I prefer to raise a son. I think if I had a son it would be easier for me to relate.  I’m a man, so I know what it’s like to be a young man.  Having a son, in my opinion, would give me a head start on being a good father.

Proving once again that if you don’t have anything nice to say don’t say anything at all, I jokingly tweeted, “If God ever gives me a daughter I swear I’ll fight him. I’m not about that raising a daughter life.” This comment was one of many that inspired a blog on venusgenus.com, Why Some Men Don’t Want Daughters – a website described as a collective body of phenomenal works by women. I still prefer to have a son, but there was a paragraph in this post that resonated with me:

The fear that your daughter may not be the ‘Virgin Mary,’ the fear that she may be taken advantage of by these big scary men, is all understandable, given the world we live in. However, wanting to produce more ‘big scary’ men as a solution is a bit counterproductive to battle these fears. It’s crucial to remember that both the life of a girl and a boy are equally important and express that to them.

2. A daughter and a wife? No thanks. I don’t know if you know this but sometimes women can be emotional. Two emotional women under the same roof might be too much for me to bear. Not to belabor this point but if I have a daughter first, I’m done having kids. There is no way I’m going to chance having a wife, two or more daughters and no additional testosterone in the house in the form of a son to, at minimum, provide moral support. I have a friend with three daughters and I pray for him each and every night before I go to sleep because I know he needs it. He loves all the women in his home but the sanity he once took for granted has long since left his eyes.

3. What if she becomes a ho, fo sho. A lot of men won’t admit this but all men are afraid of accidently raising a [garden tool]. Given the number of tools in the world, it’s a legitimate fear. You don’t want to be out with your boys one night at the gentlemen’s club when the DJ introduces their star performer to the cheers and leers of familiar customers and your daughter comes prancing out in 6-inch clear heels. Just the thought of this makes me want to fling myself out the window of an extremely tall building. Sometimes it will briefly resonate with a man as he is making it rain while a PYT makes it left-cheek, right-cheek for him or he is waiting for a ‘film’ to upload on his laptop, “This is someone’s daughter.” It is a very disturbing realization and one that no man ever wants to have about his own daughter.

4. I will Love her too much. There is a Subaru commercial out right now that I’ll embed below. The father is shown talking to his underage daughter as she fights with the seatbelt. Eventually, he hands her the keys and you realize it is actually his teenaged daughter in the driver’s seat. Through her father’s eyes, however, she is still his little girl. Every time I see this commercial, I feel some kind of way. In fact, the first time I saw it I almost broke down in tears but instead I cut myself with a dull butter knife and rubbed some dirt in it, because I’m a man.

There are times when I think about the joy of raising a daughter and how much I would love her and it overwhelms me. The idea of anything or anyone ever bringing harm to her makes me want to punch everyone on Earth in the face and then threaten them menacingly while placing my index finger just inches from their nose as they lie on the ground, “Don’t you ever purposefully or inadvertently through action or inaction do something that may or will bring harm to my Princess, bro. I’ll murder you 30 times. I’m serious.”

Honestly, if I have kids, boys or girls, I will be satisfied if they are healthy and I will do my best to keep them happy. But, if it were up to me, I would be perfectly content raising a son or 300 Spartan sons before I would take on the task of raising one daughter. Would you prefer to have a boy or a girl or both? If you have a preference, please explain why. If you already have kids, besides their health, did they come out how you wanted and if not, how did you adjust your expectations?

tags: daughter Men
previous No Means Yes
next A Man's Dream: Can You Get to the Damn Point?