If I Was Elected President: Eight Things America Needs From Its POTUS 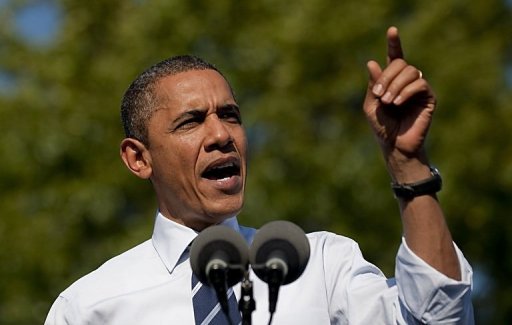 I’d like to give this a try one day.

A year from today, Election Day 2012, the United States of America will either re-elect President Obama to a second term, or they will elect a new President and the administration will have a complete overhaul.  I’ve long joked that one day I would run for President.  Honestly, I have mapped out a plan to get into the White House, and to my closest friends, they all have the same reaction, “You sound like you really think you can do that.”  My reply, “That’s all it takes.”  If you’re wondering why upsets ooccur in professional sports, it’s because the underdog really believed he could win.  Keep that in mind if you ever see my name come across the ballot.  However, I wanted to do an exercise today to examine the most popular phrase in the Race for the White House, “If elected President…”  It is the most frequently said phrase, but it is where a candidate can be seen in his (or her) most truest form.

Back today, with the Mix from @CarverTheGreat, he gives us an excellent quick mix, in President Carver, stream here, or download here:

So, what would Dr. J do if elected President?

1) Food would be free – There are some things that are out of the control of the President of the United States, however, food is probably one of the easiest investments a country can make for its citizens.  I’m not eliminating the need for Whole Foods or Harris Teeter, I’m simply saying that the government will provide the necessities for the price of “on the house.”  We are currently sustaining the agriculture industry in America with grant money, let’s just go ahead and hire the farmers as employees and give the food out for free.  The government won’t pay for luxury though, you can fully expect on continuing to have to go to the supermarket to pick up your name-brand choices and items like NY Strip Steak.

2) We would have a 10-month work year – The American people are overworked and lack work-life balance.  Employers give their employees vacation leave and then tell them they can’t use it.  Therefore, the government needs to step in for the people and change the work year to ten months.  Citizens can pick their two months at anytime because the two months are guaranteed by the Federal Government’s new regulation.  Companies will just have to plan the workload over the remaining ten.  Parents can take off the two summer months, or single citizens can choose to take off one summer month and one winter month.  If there is additional coverage needed, then companies should look to increase jobs by using seasonal workers.

3) I would insist that we invest in public education – We’ve allowed our public school system to become defunct because we’re not addressing the problem.  The truth is, public schools can work, but they need to funded properly and people need to attend.  We need to give them the resources needed to succeed, strengthen Parent/Teacher associations, and eliminate too many options for students to choose against public schools.  It’s take a community to raise and educate a child.  There are residual benefits of having classmates who are smarter than you, they will naturally pull the curve upward for all.  Let’s stop finding other routes for education outside of the public school system and finally invest in our public schools.

4) I would create a government agency for reporting the performance of elected officials – We’ve got organizations to evaluate our corporate leaders, and we’ve got organizations to evaluate the performance of the government.  I’d like to institute a scoring system for all federally elected officials.  Let’s face it, the average American doesn’t have the time to look up the voting history of their congressman, but if there was an agency whose sole purpose was to evaluate and report on elected officials, it would make it easier for citizens.  The statistics would produce a composite based on voting history, performance, and upholding the values for which they were elected to represent.

5) I would appoint a Presidential Task Force on Immigration – Do I think America is serious about cutting down on Immigration in America?  I don’t really think we’ve thought about how that would play out in the grand scheme of things, but I do think that we need to handle the situation.  I think the POTUS needs to designate a task force to go out and do so, as well.  If you’re going to be in our country, you’re going to do so legally and we are only going to take as many people that we can fit.  We’re not just looking to the southern border either, we should be checking up on people who enter our country on student visas and elect to never go back home.  We’re going to eliminate the abuse in the system, strengthen the system and then we will protect our borders to the fullest extent of the law.

6) I would institute a program called, America First – We’re not getting anywhere by solving everyone else’s problems before we solve our own.  I understand that crimes against humanity affect us all, but there are some serious problems here on the home front.  We need to focus ourselves a little bit on those problems that are affecting us the most.  We can’t free another country until we free ourselves.  People are being oppressed in America, child literacy rates are falling, there’s a growing population of people in poverty, and American citizens are being forced to take less money than they’re worth because wages are down due to fierce competition.  We’ve got our hands full with things that need to be taken care of at home, we can afford to take some time away from furthering our foreign interests.

7) You would have the freedom to choose where your taxes go – Should the wealthiest people in this country pay more taxes than the rest, I don’t know if that’s fair to make that decision for them.  However, something has to be done.  Therefore, I think that we should have a standard tax rate for all citizens and an additional tax rate for those who make over $250K.  Here’s the catch, they can select where the money goes (we’ll create large encompassing tax funds), or elect to have the government equally distribute the money to various areas needing funding.  We’ll hold these people responsible for paying more, but we’ll give them some control in the situation.

8) I would stop caring about the things we don’t need to care about – This country spends entirely too much time worrying about religion, abortion and gay rights.  Why should the government be regulating society?  Do we need to tell the people of America what they should and shouldn’t believe in?  If it doesn’t affect me, then why do I care?  I agree with Mr. Spradley, let’s get rid of the need for marriage licenses and consider them all civil unions.  If you want to get married in a church under your God, fine, but the government will just treat them all the same.  I don’t have to be in a same-sex relationship, so I’ll be damned if I’m going to break a sweat figuring out how to stop it.  The same applies to abortion and religion.  People are free to do whatever the hell they’d like to do.  It doesn’t affect me and the Lord didn’t send me here to police his Word.

This is my eight. I can’t be expected to get everything done in my first four years in office.  I can’t promise you I would be able to get all eight of these done, but this is where I would start.  In four years, i’d sit down assess my performance and figure out what my goals for the next four years should be.  I think that’s the best way to go about it.  Here are my ideas, let’s see if they work, if they don’t, we’ll figure it out together.

What are some of your ideas?  What’s something you would really like to see happen in our country?  All ideas are welcome, nobody is right or wrong.  Let’s hear it.  If you were elected President, what could we expect?  Feel free to be as serious or comical as you’d like to be.

Tracklist from Today’s Mix: 1. Intro by Pres. Obama, 2. Murder To Excellence by Kanye West & Jay-Z, 3. The Revolution Will Not Be Televised by Gil Scott Heron, 4. Thieves In The Night by Black Star, 5. If I Ruled The World by Nas, 6. What’s Goin’ On by Marvin Gaye, 7. I Have A Dream by Common, 8. Self-Destruction by All The 80’s Rappers, 9. Words I Never Said by Lupe Fiasco