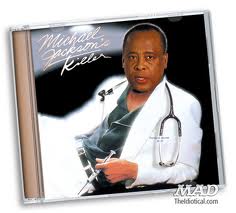 On Monday, we finally got a certain sense of closure in the death of the King of Pop, Michael Jackson. Dr. Conrad Murray was convicted of involuntary manslaughter. He faces up to 4 years in jail, and the revocation of his medical license. Many fans took to the streets in LA to celebrate, with both the Jackson family and the courts declaring that “justice was served”. Looking at this case holistically, I’m not so sure I’m inclined to agree 100%. There are many different elements at work, and many questions still to be answered. So, taking a page from one of my favorite shows; ESPN First Take, I propose the following topic for discussion:

Who’s to blame for the death of Michael Jackson?

Using the percentage system (0-100%) I will present my opinion on who should receive the blame for MJ’s death:

Some of you may be shocked at the percentage I gave to Dr. Conrad Murray, but you really shouldn’t. Murray served more as an enabler to Jackson than a “murderer” per say. Where I find fault with Dr. Murray, is in his ethics. When you take the Hippocratic Oath, you make certain pledges to place the safety of the individual above everything else, regardless of your personal feelings or any other outside factor.

“Murray served as Jackson’s personal physician as Jackson prepared for his comeback concerts, with Murray giving him the surgical anesthetic propofol to help him sleep nearly every night for the last two months of his life, according to testimony.”

Conrad compromised his integrity for the almighty dollar. For $150,000 a month (!!!), he performed the normal physician tasks, but also administered a drug that is deemed safe only within the confines of a hospital to Jackson in his home. Anyone with relatives or who works in the medical field knows that there is a difference between Tylenol and the real sh*t. Murray knew better than to give him that drug. He probably consulted Michael about it, and said to himself “Michael is a grown ass man. If he wants this I’ll give it to him. Easiest $150K I ever made!”

With that train of thought, he was negligent and reckless. As a doctor, you know that complications can arise with medicine for any reason. And when Michael OD’d, he was the only one left to hold the bag. I still don’t believe that Mike administered the fatal injection, but who knows? His panic and not directly calling 9-1-1 further made him suspect.

Let’s also be real though. Michael Jackson was the second most recognizable figure in the history of Earth other than Jesus. There’s no way the King dies and there’s no one to hold accountable. Although he deserves reprimand, I’m not sure if Murray deserved jail time. This is a civil matter, not criminal. He was at fault for not properly checking Michael’s breathing and reaction to the drug, not a criminal offense. Usually this would be a malpractice case, but the rules change when you’re dealing with someone of MJ’s caliber. You know those prosecutors saw the big picture and the dollar signs, and went for the kill! Where, oh where do I begin? Despite being a musical genius and the greatest entertainer who ever lived, Michael had issues man. This is the same man who found NO problems in sleeping in the same bed with little boys. The same person who had 50-11 plastic surgeries and still denied them. The same man who bleached his skin to combat his Vitiligo. He was Vybez Kartel before Vybez Kartel! This is also a man who has a history of “alleged” drug use. Think about it: Propofol is a surgical anesthetic. That means he’s had it before — possibly after the plethora of procedures performed on him over the years. He developed an addiction and thought it was normal to have some right before bed every night. He was gearing up for a comeback, and you know his 50+ year old self was out of shape! Well, at least not in performing shape like we are used to seeing.

So, I believe he wanted every tactical advantage possible to ease any pain and make him feel nice. When you’re as rich as he was, you know you can get anything you want. They have a saying in the hood “don’t blame the dope boys.”While it may be bullsh*t to some, I think it’s appropriate here. As much as we blame Murray for not being responsible as a doctor and looking out for Michael’s well-being, we have to blame Michael too for the decisions he made. In all his eccentric ways, he’s shown a constant cry for help and the effects of a fractured childhood. This is why… 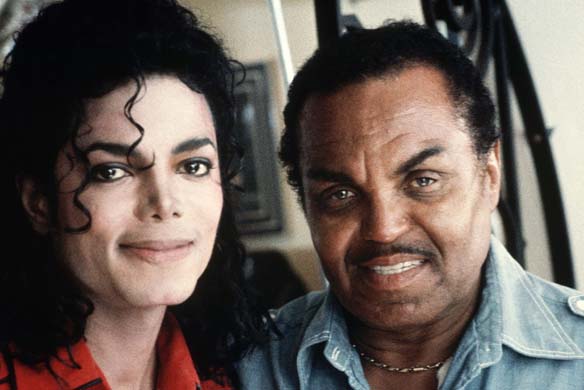 Some people may overlook this. I most certainly won’t. You can talk about his upbringing and how Joe slaved those boys. I can’t hate too much on parenting skills when I’m not a parent myself, but sheesh I do know what seems f*cked up and what seems like good parenting. I imagine that raising a potential star is difficult, but is it worth your children resenting you as they get older?

If you know your brother, your sister, your parents, then you know when something is off about them. You know when they need help. Sometimes we don’t recognize the signs until they’re too late. But damn, if Michael wasn’t a Times Square billboard of pain then I don’t know what else to say!

Did he shut everyone out and not allow their words? I know he was close with Janet; did she ever speak to him? Maybe she did and it fell on deaf ears. There’s only so much you can let your family cook before you tell them about themselves. Maybe put down the Xanax and take 2 chill pills and get your mind right?! I don’t know. I do know the history of child stars in America turning out as messed up adults. I do know the countless amounts of stars that die young. I feel for those who don’t have a tight family, or close friends who can save you from yourself. But if they were as close as they lead us on to believe, then they should’ve stepped in one way or another and saved Michael from himself.

This was an unfortunate situation. Addiction and fame are far too often associated with one another. While this question isn’t cut and dry, I do feel that you have to hold yourself accountable for things that occur before you point a finger at others. No matter how much we love our public figures or our family, we need to do the same and offer help however we can.

So who is ultimately to blame for MJ’s passing? What do you think about Conrad Murray’s sentence? What about us, girl?!??!?!