Relationships in Debt: My Money, Her Money, Our Money 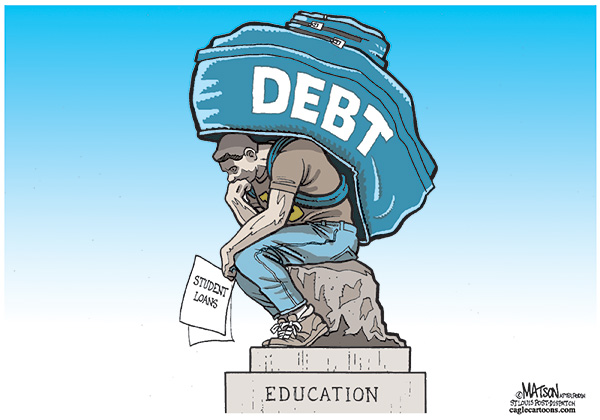 *80% of spouses spend money their spouses don’t know about

I first noticed this phenomenon among my college friends when I started to get in debt trouble myself. Credit cards? Seemed like free money to me. How foolish I was. I was even more confused as I struggled to pay bills while my unemployed friends drove around in new cars. I learned later that the majority of them used their student loan refunds to make it rain. The beginning of a devastating cycle of debt that many are still struggling to overcome and some never will.

The average college student will graduate with more than $20,000 in student loan debt in 2011. This doesn’t include personal credit cards. My parents paid for my college education; one of the greatest gifts they ever gave me. I paid them back by amassing $10,000+ in personal debt before I left college. With the assistance of a few girlfriends and friends after graduation, I would peak at over $30,000. Fortunately, I paid off over half of this amount and  plan to be debt free in 2012.

See Also:  How to Survive Dating a Crazy Woman

Why bring this up?

Just because we don’t talk about something doesn’t mean it’s not an issue. I walked away from a number of relationships and even stopped seriously dating because I couldn’t get the women I was dating to align with my plan to be debt free. I had set a goal of age 30. I still plan to meet this goal and have no plans to allow a woman to be the sole reason I derail.

When a man tells a woman he wants to be debt free, in principle, it sounds good. No woman walks away from that man. However, where principle met reality is when most women balked. The daily sacrifices needed to truly be debt free overwhelmed them. I don’t blame these women for not understanding. They, after all, did not contribute to the problem. Nevertheless, I would also not allow them to reap the benefits of success.

“They make us hate ourselves and love they wealth. That’s why shortys holla, “Where the ballas at?” – Kanye West

In my readings, I notice these types of financial complications lie beneath the frustrated musings of men and women. Men want to be established. Women want established men. No one talks about how to get “established.” Take last week’s comments on the causes for the devaluation of marriage for example.  A number of men/women noted that black men place marriage as the final step in their life-achievement process, instead of a part of the process itself. While I can only speak for my own experiences, I found that even when I tried to involve women in the establishment process, they didn’t want to be there. They preferred to show up at the finish line. In other words, they didn’t want to run the race with me, but they did want to help hoist the trophy.

See Also:  How to Become a Man's Best Friend

In another example, when I wrote about preferring not to date high maintenance women, a number of women responded that how they spend their money is none of my business. This is true. However, how a potential girlfriend/wife spends her money is all of my business. Because, if you become my wife, I doubt your spending habits will change. Therefore, how you spend when single will dictate how you spend when married.

So unless, you believe your money is always your money and never our money, which honestly a number of women seem to believe but rarely is the opposite true. Usually, if not always, my money suddenly becomes our money. In her mind, my money is the household income and her money is the disposable income.This does not even include the sexually transmitted debt we may have.

I actually tried only to seriously date women with no debt or minimal debt for a while. I eventually realized this was unreasonable and made me a hypocrite. Still, my experiences taught me to pursue women that are financially savvy or are inclined to believe that her money and my money, when married, becomes our money; the household income. Thus, how she spends – regardless of what she spends it on – directly affects us as a household, not just her as an individual.

It seems ironic that a number of women chastise men for not viewing relationships as a team, yet when it comes to something as fundamental as household income, women prefer to insert an ‘I’  in “Team” or as men jokingly explain it, “What’s mine is hers and what’s hers is hers.”

This is a discussion all men and women should have before walking the plank to holy matrimony but few do so… How large of a role does a potential mate’s debt or income play in your decision to commit? Do you believe your money is your money and how you spend it has no effect on your partner? Does your partner have the right to know about your Sexually Transmitted Debt before they commit to you? Does it matter if the man/woman makes more? How do you plan to, or if married already, manage the finances in your household?