When America Turns Its Back on Black Boys 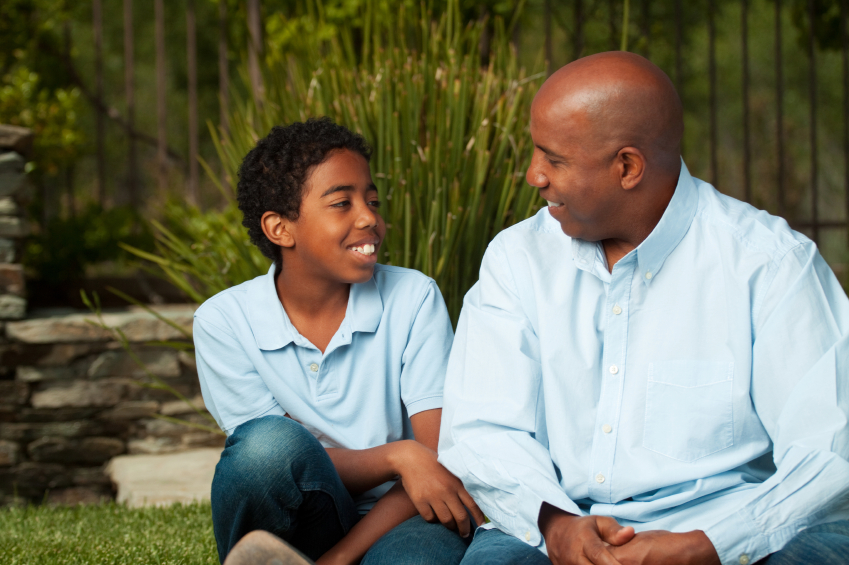 I grew up at a time in America when parents never sparred the rod, in fact, the entire neighborhood never sparred the rod.  I grew up at a time when my best friend’s father was, at times, more influential than my own father.  I grew up at a time when par for the course was broken homes, single mothers raising young Black boys, single, working mothers struggling to keep food on the table.  I guess this made me a disadvantaged youth.  At a minimum, I should have been one of the youth that people targeted as needing strong support in order to avoid falling victim to the world.  Surprisingly, I don’t think at any point, I’ve ever felt disadvantaged or at-risk.  In fact, because I had a praying grandmother and a mother who was intent on ensuring that I had positive Black male role models, I probably was far from at-risk.  The same doesn’t exist for many of my peers, and this past week was a constant reminder that we need to be more involved in the development of our youth.

Check out this week’s mix by the awesome @CarverTheGreat, and also check out his website here, he’s got mixes on mixes on mixes.  As always, download the mix here, or stream it below:

Last week, as many of us spent the majority of our time shocked at the fact that Penn State didn’t do anything about a former coach in their football program raping young “at-risk” boys. While we spent time debating who should have been fired and how outraged we were that “no one did anything about it,” we neglected to develop a list of demands for things the university needs to do for those boys. It’s not about football, it’s not about Paterno, or Penn State, it’s about those boys! Very alarming statistics exist for victims of sexual abuse. We all know that many victims of child abuse grow up to be abusers themselves. So what should be done now? I’d start with making sure that the university completes a full investigation to identify any other victims who may not have came forward yet, then they should provide at the expense of the university extensive counseling to all victims. (And not just the victims, but their families and friends as well, who have been affected by this tragedy.) Lastly, the university needs to spend some hard time in that community doing what they were supposed to be doing with the “Second Mile” foundation. They need to really get into the community and mentor the youth, take them from “disadvantaged” and “at-risk” and put them on a path to success.

That would be a logical place to start for Penn State, but where do we start for all of our Black boys across the country? There’s a concept in The Mis-Education of the Negro that we still remain guilty of to this day, we just do not give back. We don’t share the information with our communities, after all the community that helps raise us, is the same one that we work so hard to get as far away from as possible. When I was growing up, my mother kept me involved in several sports, Boy Scouts and an organization called, The Beavers Club. The Beavers Club was one of my first experiences with Black male adults who were personally vested in my success. I thank my mother for that program because I grew meaningful relationships with older men who taught me in many ways how to be a man. Today, there is a lack of programs like the Beavers Club. There are less and less Black boys in Boy Scouts of America, and playing organized sports. Maybe this is because parents are afraid to let someone else raise their kids, or maybe it’s because our kids these days are a lot lazier and satisfied to sit at home playing video games. Whatever the case may be, our Black boys are lacking the effective mentoring they need to be successful.

So where do we start?

We start by taking an active role. There are tons of things that we do everyday or periodically that we don’t want to do, but how many of us are regularly seeking out opportunities and following through on mentoring young Black boys. You pay taxes, you pay your bills, you show up at jury duty, or anything else that you wouldn’t really like to be doing, but getting someone to spend a few hours a week helping out the next generation is like pulling teeth. And brothers, let’s be honest, we’re letting Black women do more mentoring for our youth than we are doing right now. We’re somehow “too busy” for that which is us. This has to stop. When we turn our back on our youth, we lose our youth.

I just recently started watching this TV show called, “The Walking Dead” on AMC. It’s a pretty intense show, a post-event, zombies taking over hour-long television show that airs on Sundays. As I sat there watching this show, people have left their families behind, they’ve parted ways looking for safety. It’s about self-preservation and survival. When families separate sometimes the child ends up being infected and the next time they see their family they look completely different and once infected they’re looking to harm their own family because they don’t recognize them anymore. That’s exactly what happens when we turn our backs on Black boys. We create inner-city zombies who by the time we see them again; we don’t recognize them, we don’t relate to them, and it seems like they are intent on causing terror in our lives. To be honest, we can’t blame them, we have to blame ourselves. If we have done everything in our power to keep an eye on our Black boys then we would share none of the blame, but we know that deep down, we haven’t. Time is running out for our boys, we’ve lost more, more are at-risk, and it seems like they all may be infected one day, but I won’t turn my back and run away, I’ll keep representing the cure.

Today’s mix is especially special to me… it’s got one of my favorite Fresh Prince episodes as an interlude, please check it out above and stream it.  Here’s the tracklist: 1. Fresh Prince Of Bel-Air Intro, 2. Meet The Parents by Jay-Z, 3. I Can by Nas, 4. Just The Two Of Us by Will Smith, 5. Mufasa & Simba (Interlude), 6. New Day by Jay-Z & Kanye West