Defending Her Honor: When a Man Disrespects a Woman 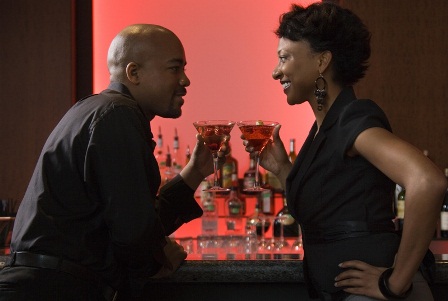 I was out with Shonna at one of her favorite spots. We’d been there for about an hour. She was laughing. I was smiling. We were having the best night we’d had together since we started dating. I put my drink on the bar, and let her know I had to make a pit stop at the restroom before we continued enjoying each other’s company. The conversation had been phenomenal. We hung onto each other’s word, and the decision to approach her a few weeks earlier at the mixer seemed more and more like one of the best decisions I’d made in my life. It’d been a hectic week for both of us and the time we were spending together that night made all the stress evaporate into the noise-filled air.

I headed off to the bathroom and said hello to Joseph. He was usually there on Fridays. He knew I wasn’t one to talk while doing what men do when they’re well-hydrated. Joseph waited until I was finished, then made a couple comments about the crowd and what he’d been up to. This was the routine. And per the usual course, I threw a tip into the basket after drying my hands. He pulled open the door so that I could get back to the beautiful woman that had intrigued me into putting everything else on hold.

I glanced toward the bar and my smile was reduced to something much less savory. Shonna looked agitated and a man was walking away. I picked up my stride and got back to her. Her expression was the last thing I wanted to see on what was otherwise a perfect evening.

“What just happened? Are you okay?”

“What you mean. What he say to you? What happened? He over there with his boy pointin’ and they lookin’ over like you just acquired the rights to his first born. What’s that all about?”

One of my many inappropriately placed jokes that typically worked well for her. I feigned my normal smirk, but she saw through it. I absorbed her agitation and felt it incubating in my chest. I guess it made its way into my voice and eyes.

“Oh, he was hitting on me. He was telling me how he thought he could treat me right, etc. That’s all. No big deal.”

“Is that all he said? You can tell me the truth. I had a Long Island and some water. I’m not gonna spazz out and hit him with a Heineken bottle.”

“He said that if I gave him a chance that he’d give me a night to remember. I told him I was here with somebody and that I wasn’t interested. He wasn’t happy with that. He laughed and called me a silly b-word. I think he’s tipsy though. Don’t worry about it.”

My eyes got wide. It was a look she hadn’t seen before. I could tell what my face was doing because her reaction mirrored my own. She knew I had a temper. She never saw it come to life, but I’d spoken about it.

“I’m gonna have a quick chat with dude. That ain’t cool. He had no right to disrespect you like that. Doesn’t matter what the circumstances were.” 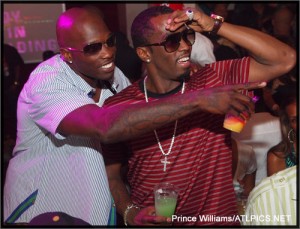 I turned and looked. Homie was laughing and looking over. His boy was doing the same. I made eye contact with both of ’em. They didn’t look hostile. Regardless, this wasn’t a situation to be taken lightly.

I told Shonna I’d be right back. She grabbed my arm and asked me to leave it alone, but that wasn’t an option. As much as I knew she wanted me to be the “upstanding gentleman,” I just couldn’t accept that someone would treat a woman that I valued so much with so little respect. Imagine if someone called your mother out of her name or shoved her out the way to get by? Yeah, imagine how that would feel. It was just like that.

See Also:  Are Women No Longer Afraid Of Men "On The Low?"

I took a deep breath and headed over to “greet” them. There was no way this was gonna be pleasant. My only hope was that he or his friend apologized and it didn’t end with me explaining to my boss why I adorned wounds from an avoidable war.

I walked over with a straight face and heart racing. I don’t hate confrontation as much as I do the anticipation of what’s to come. When you’re talking to someone out with their friend(s) and they have a bit of drinky drank in their system, they get courageous and ballsy.

“Hey man. Just chatted with my girl over there and she said you called her out her name. What’s that about?”

I could’ve just asked him not to do it again, but I wanted to give him the opportunity to be a man and explain himself.

“Oh, it ain’t a thing partnah. You should just go back over there with your lady though. We all trying to have a good time tonight.”

I watched his hands. I watched his boy’s hands. I wasn’t trying to get hit over the head with a bottle. I also knew I couldn’t let him rock out thinkin’ what he said and did was cool. How I responded to a man disrespecting her was important. I didn’t wanna be Johnny Aggressive, but wanted her to know I took these type of slights seriously.

“Oh, I’ma have a good night. Just wanted to see if there was a reason you’d approach another man’s girl in the club, spit game, and call her a bitch. That’s not what’s up. Just saying.”

“Seriously homie, it was nothing. Go back over to your girl.”

My jaw tensed. My palms got sweaty. I shifted my weight so that if I needed to throw a punch, it’d have the force of all my ancestors behind it.

“I see you got a drink nearby and I’ma assume you had a few more of those tonight. I can’t make you do shit. But a man in this situation would apologize.”

I balled up my fist and apologized to myself for what I was about to do. My temper raised its hand in victory.

It was about to be a long night.

P.S. Check out my latest post with a positive spin on UPTOWN Magazine: 3 Signs He IS Just That Into You. Also check out “Are You Robbing Yourself?” on TRSJ to see if you’ve got your priorities straight.

tags: chivalry Men unpleasant situations Women
previous Black Girl Lost: The Fallacy That Unmarried Women Over 30 Are Losing
next Why We Get Mad at Our Wives