Home Featured The Space Between: The Help, Red Tails, An Oversimplification of Her Beauty and the Problem With Black Cinema
Featured
February 6, 2012 The Mighty Most 46

The Space Between: The Help, Red Tails, An Oversimplification of Her Beauty and the Problem With Black Cinema

It’s officially Oscar season in America and as a guy with an intense appreciation for film, I can’t help but be a little reflective around this time. Recently, “black cinema” or movies that feature stories with predominantly black casts, have been the talk of Tinseltown. Viola Davis and Octavia Spencer are gracefully making their award show rounds for their work in The Help. George Lucas & co. guilted us all into seeing Red Tails under the premise that the future of black cinema rested upon its success. And then there’s An Oversimplification of Her Beauty, an independent film by Terrance Nance currently making its way through the indy film circuit, receiving rave reviews along the way. Of all the films I’ve seen over the past twelve months, The Help was the most insulting, Red Tails was the most entertainingly disappointing and An Oversimplification of Her Beauty was, by far – the best. All of this brings me to the nagging question I’ve had as conversations around these films have raged all year: What’s wrong with black cinema?

In form, The Help was pretty well done. It featured phenomenal performances by Spencer and Davis, – performances I’m happy to see receive the recognition they deserve. The story, taken at face value, was relatively enjoyable – the tale of mistreated black maids who with the help of a kind-hearted white woman, are able to find their voice. The cinematography, costuming, and score were all done well enough to give the average American moviegoer an enjoyable two hour experience. It is in content and context however, that The Help falls way short. Instead of taking the hard route of accurately depicting the harsh realities of life a step above indentured servitude in the deep south 60’s, The Help– much like the book for which it’s based- instead chooses to revert to predictable plot devices and stereotypical black character cliches. From Aunjanue Ellis’ thieving to come up with money to send her son to college, to the magical negro nature of Cicely Tyson’s character, at every point in the film where there was an opportunity to step outside the box and be great, it instead chose to be typical. So while I’ll be rooting for Spencer and Davis at the Oscars and hoping their roles open previously closed doors, I doubt I’ll ever again watch this film.

Those of you who read us daily might remember Slim’s post on Red Tails a couple weeks back. In that post he expressed a certain measure of ambivalence and trepidation toward the film based on its mediocre trailers and guilt laden promotion. I too shared this trepidation, but still decided to organize a group of friends to go see the movie. I believed in the story and I believed that the Tuskegee Airmen deserved to have that story told on the big screen– epically- with big explosions and corny one-liners. And while I think black cinema, the artists who create it, and those of us who support it have shown ourselves resilient enough to survive a flop, Lucas’ pandering to our collective cultural consciences wasn’t altogether without merit. A success here would be a step in the right direction; so I chose to support. The movie was … entertaining I’ll say. The Godfather, Raging Bull, Do The Right Thing or Malcolm X it was not– but it was worth the price of admission. The problem with Red Tails is that instead of taking the time to fully develop round characters- allowing us to really begin to care for them, they instead gave us archetypes of characters our date-night-movie-theater-going culture is conditioned to care for. There’s the young man brave beyond his years, there’s the funny hot shot who falls in love, and there’s the stoically heroic star secretly battling demons while trying to be a good leader. Was Red Tails a Good film? No. Was it horrible? No. Worthwhile? I guess.

See Also:  How Insecurity Keeps You From Being Great - Pharrell Expands on Album Cover 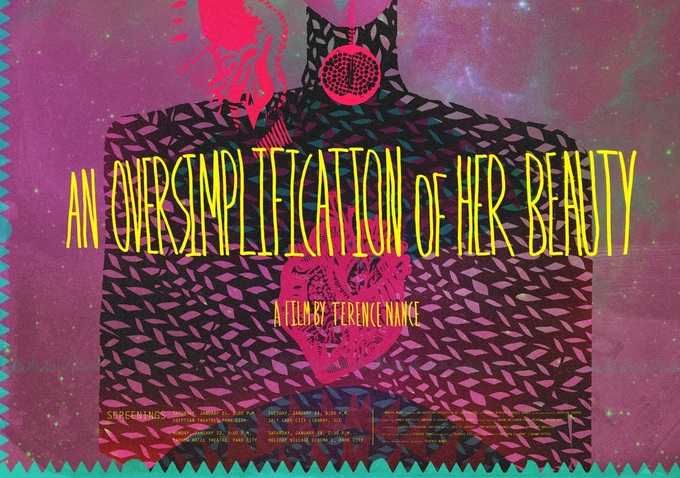 Which brings me to Terrance Nance’s Sundance selected masterpiece. An Oversimplification of Her Beauty is a film inside a documentary, inside a film. It is a detailed exploration of the brain’s densely packed spaces that shape our understanding of fantasy, reality, and the unconscious mind. It is experienced through the eyes of an artsy guy who builds his own bed frame and plays the guitar in subway stations for money. Reflecting on a relationship with a woman for whom he cared, the film is at times hilarious, like Nance explaining his ancestrally inherited inability to be on time. At other points – like when we realize things will not work out as we’d hoped – the film is sad. And still at other points, the film is poignant, like Nance reflecting on his Cosby-esque childhood and the impact that has had on his appreciation of acute emotion.

Combining live action and various forms of animation, Nance doesn’t just give us a movie, he gives us an experience, a trip into his id that forces us to answer for ourselves, the question that refrains throughout the film: “How Would You Feel?” So while I immensely enjoyed An Oversimplification of Her Beauty, I’m also clear that this is not a film meant for the masses. It’s not something we can expect to see opening in 50,000 theaters across the country or pulling in millions of dollars its opening weekend. I don’t think that’s what Nance was going for. As much as this is a film made for people like us to enjoy and appreciate, it also seems to be a personal conversation Nance is having with himself that he happens to let us in on.

It is in watching An Oversimplification of Her Beauty and reflecting on The Help and Red Tails that I came to realize the biggest problem facing black cinema: There’s nothing to occupy the space between. Somewhere between the big budget heroic war story told in Red Tails, the white-washed, safe for y’all but offensive for us story told in The Help and the extraordinary, eccentric An Oversimplification of Her Beauty, there exists room for the everyday stories of us living, working and trying to enjoy our lives. These are the stories I yearn to see brought to the big screen.

The biggest sign of the racial disparities in Hollywood is not just that it’s hard for us to make movies, but also that it’s nearly impossible for us to make movies that don’t feature extraordinary happenings. And that insistence, that unspoken rule that the only stories of ours worth telling are the extraordinary ones, robs us of our humanity and paints us as caricatures whose value is found solely in the emotional response our stories can illicit from those who don’t look like us.

Spike Lee made waves at the Sundance Film Festival for a pretty epic rant on Hollywood’s inability to understand and appreciate black stories after his “Red Hook Summer” received a slew of negative reviews. His point was that Hollywood had no idea what to do with “black” stories. He’s right, and because they don’t, our films must all be burdened by this external need for them to be these outside of the norm, unrealistically hopeful or extraordinarily depressing tales. That pushes beautiful, daring films like Terrance Nance’s An Oversimplification of Her Beauty, or Dee Rees’ Paraih so far outside of the mainstream that they go largely unnoticed.  I yearn for the day when these films receive the same kind of attention and accolades as films like American Beauty, The Hours, or Sideways– films about what happens in life when there aren’t worlds to save or racist institutions to dismantle. I yearn for the day that black American stories- ones without agendas can be made and appreciated for their quality and nothing else.

Did you see The Help, or Red Tails? What were you thoughts on each? Did you, like me find one offensive and the other a little disappointing? What about independent films like An Oversimplification of Her Beauty? Does it look like something you’d pay money to see were it in a theater near you? What kinds stories would you like to see reach the big screen, what the hell is wrong with Hollywood?

See Also:  Examining The Onion's Tweet, Quvenzhane Wallis, and Comedic Tact - How Do You Know When Your Joke Has Gone Too Far?