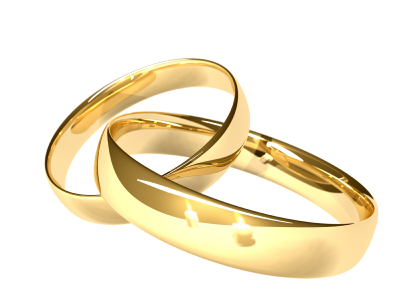 Let me begin by saying it is it my belief that after a certain age, let’s say 25 for context, most men aren’t out to purposefully hurt women. With that said, there are still only two career pathways to love, the job path of the girlfriend and the career path of the wife. Arguably, at any age, the majority of men don’t want to hurt women. Older men simply accept that some of their actions, even the passive ones – like casual sex for example – can potentially hurt the women in their lives. Informing a woman that you’re a jerk, then subsequently acting like a jerk towards her and saying it’s her fault because you “told her the truth up front” is no longer a viable excuse. Wiser men attempt to adjust their actions to hurt as few women as possible. In a perfect world this would be zero women, but we do not live in a perfect world.

To obtain some level of objectivity, today I want to analyze love and relationships through the purview of a career path. The proverbial CEO position, the ultimate measurement of success, will be defined as the wife. I want to highlight the key differences between the career pathways of the girlfriend and the wife. If you don’t want to be a wife or you don’t like my analogy you are free to leave now.

Career Pathway – a strategy used to support an individual’s transition, development and advancement.

The Girlfriend and The Wife career pathway:

See Also:  Why Telling Your Ex 'I Just Want You To Be Happy" Is A Lie

There is one thing about being a girlfriend that I want to clear up. If you want to promote from girlfriend to wife, you should technically never have to ask. You should never have to give any ultimatums either. HOWEVER, just because you should not does not mean employing either of these options is wrong. In some cases, it’s completely valid. I’ll describe such a scenario later.

Before using either strategy you should mentally (or emotionally) prepare yourself for receiving an unfavorable response. For example, when you want to move up at your job (I assume) you have received performance reviews, which give you an idea of how well you are performing in your current position. If you never receive such a review, it may be an indication that management is not considering you for promotion. This means two things: 1) It might reflect management’s disinterest or 2) It might be a simple misunderstanding. Management may be unaware you are interested in the promotion.

The same may be said for a relationship. If a man has never mentioned marrying you, it might mean he is uninterested or it could mean he doesn’t know you want to be married. In other words, don’t assume that simply because you’re already his girlfriend he knows you have ambitious career goals involving advancement to wife. In his mind, you are perfectly content “gaining experience” in your current position. For now, you very well may be. If both parties are happy, then there is really no reason to make a change, yet.

See Also:  Is This The End: Six Subtle Signs You're On The Verge Of Breaking Up

On the other hand, if you want to promote and it hasn’t been made clear you will, I believe this is a discussion that needs to take place. As I referenced earlier, if you two are not on the same page it may be time for pointed questions involving your future and as a last resort, ultimatums. This discussion should occur when you feel appropriate. Your career goals should be guided by management, not dictated. Neither party is wrong but one party is unsatisfied. Regardless, you must accept that having this discussion will only result in one of three outcomes:

These realities are difficult to accept. Obviously, scenario #1 is ideal. Even with scenario #2, you have to decide if you want to remain when the promotion you desire is not guaranteed. Lastly, scenario #3, places accountability squarely back on you. Sure, the economy is bad and the job market is tough but does that mean you’re going to remain stuck in a dead-end job or are you going to look for a “company” that will eventually promote you versus one that has made it clear you may never promote? Is trying to change their mind time well spent or wasted?

If you stay, no one will fault you. Sometimes even the benefits of a dead-end job are better than unemployment (being single). That’s for you to decide but it is your decision. Good, bad or indifferent scenarios #2 and #3 dictate you must accept that when they look to fill the CEO position they may not inform you. Further, in scenario #2, while they may ultimately select you, it is not guaranteed. Despite your years of loyalty, you will be objectively compared to all other applicants when the time comes to find a CEO aka his wife-to-be. Fair or unfair, another woman’s overall resume may supersede your own.

As with our career goals, I believe the questions many of us need to ask as it relates to our relationships but often fail to ask of ourselves until it’s too late are:  1) Do I remain loyal to this company (man/woman) even though they have not guaranteed the same loyalty to me? 2) Have I properly assessed what I bring to the company (the current relationship) and is there anything I can do to change or improve the desired outcome? 3) Would I be better off moving on to another company (new relationship) to satisfy my career (relationship) goals?

tags: Dating Marriage Rules of Engagement
previous The Space Between: The Help, Red Tails, An Oversimplification of Her Beauty and the Problem With Black Cinema
next Lessons in Love: The One Thing She Really Wanted